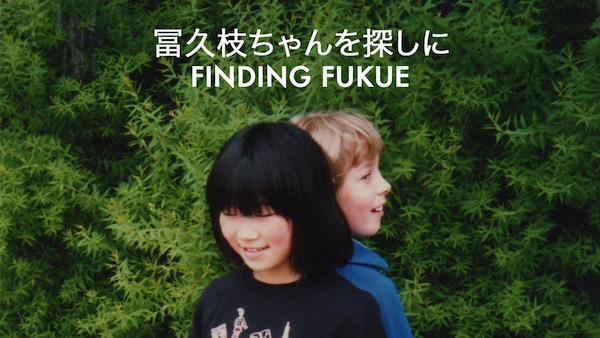 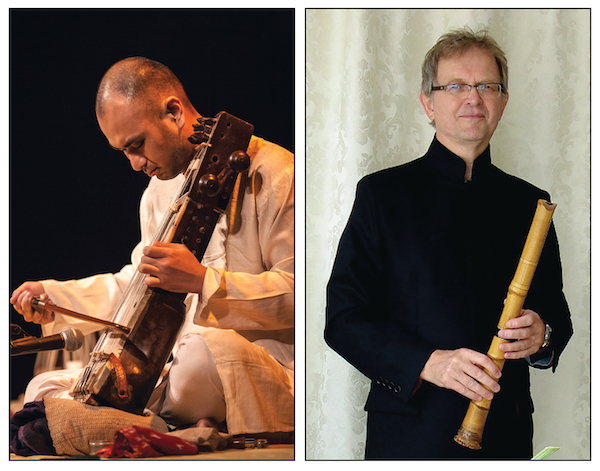 The June 12 performance of Moshe Denburg’s The Longing Sky features Yuji Nakagawa on sarangi, left, and Harrie Starreveld on shakuhachi. (photos from VICO)

This year’s Vancouver Inter-Cultural Orchestra (VICO) Global Soundscapes Festival highlights the instruments and traditions of Japan. It features a concerto by Moshe Denburg, and percussionists Jonathan Bernard and Niel Golden, both members of the Jewish community, are among the performers.

“As an organization committed to bringing forward and collaborating with all cultures of the world, we have had a connection with Japanese musical culture since our inception in 2001,” explained Denburg, VICO founding artistic director, of the festival’s focus. “Our present artistic director, Mark Armanini, studied composition with the late Elliot Weisgarber, who was my mentor and friend as well, and was, in a real sense, a progenitor of interculturalism in Vancouver. His own studies and musical explorations took him to Japan and into Japanese music. This is one longstanding Japanese influence in our midst.

“The VICO has collaborated with Japanese musicians on many occasions in the past,” he continued. “The first major encounter was in 2010, at a concert production called Imagined Worlds: Japanese Interventions, at which concert we had two visiting Japanese musical virtuosos. In 2013, we produced a mini-festival, together with the Japanese consulate and the Japanese community here, called Chrysanthemums and Maple Leaves. One of the main soloists of this festival, Naomi Sato, has been with us for further iterations of this festival concept, in 2014 and again this year. She plays a traditional Japanese mouth organ called the sho. This year, in addition to Ms. Sato, we have Miyama McQueen-Tokita on koto and Harrie Starreveld on shakuhachi.”

The festival’s opening concert on June 5 at the Waterfront Theatre features Debris, a new mini-opera by Rita Ueda, “inspired by the 2011 tsunami and the debris that washed up along the West Coast of North America,” works by Weisgarber, as well as traditional Japanese music. Denburg’s The Longing Sky is part of Raga-tala-Malika! A Garland of Ragas and Talas with VICO and Friends, at the Rothstein Theatre on June 12.

About The Longing Sky, Denburg said, “After my tours of musical study in India and Japan, which took place in the mid-’80s, I returned to Canada to begin realizing some of my global fusion ideas. Around 1994, I sketched a work which brought together the two traditions I had previously been exposed to, and conceived of a double concerto for shakuhachi (Japanese bamboo flute) and sarangi (Indian bowed string), instruments that, in their own unique ways, spoke to me of longing.

“The Longing Sky originally came to me as part of a two-movement work that I conceived of then, called Between the Source and the Longing Sky. The source represents our life here on earth, while the longing sky represents the possibility of reaching out to a new life in space. This was and still is our global situation today: we have the means to explore other worlds, but the early promise of moving into space has hardly been realized. The sky is within each of us, and represents our longing for a better world, a larger creative palette, a future vast and free.”

The work premièred in November 2013, with featured soloists Dhruba Ghosh on sarangi and Starreveld on shakuhachi. “In 2017, at the young age of 59, Dhruba-ji passed away suddenly of a heart attack,” said Denburg. “This remount of The Longing Sky is a tribute to him, our dear colleague, mentor and friend. Appropriately enough, his student and disciple, Yuji Nakagawa, will be the featured sarangi player, and Harrie will reprise his role on shakuhachi. May Dhruba’s memory always be a blessing.”

Learning the techniques involved with playing an unfamiliar instrument, in order to compose for it, begins with one-on-one sessions with the performer, said Denburg.

“I did this with several shakuhachi performers over the years, studied many materials and listened to many recordings,” he said. “Regarding sarangi, I found, in the early ’90s, a very well-known Canadian ethnomusicologist, cellist and sarangi player, Regula Qureshi, who taught, until her recent retirement, at the University of Alberta. My first learning sessions were with her, and I supplemented these with certain materials that I found in ethnomusicological treatises. Of course, one can never really ‘know’ how to write for an instrument until one has tried to transmit the composition to a performer and listened to the result. In my case, I am still learning how to write for sarangi – actually, the process never ends.

“Another aspect of composing for such an instrument, and indeed for many instruments of the world, is that as they are part of the great ‘aural traditions’ of the world,” he added. “One prime example of this is the music of India – the composer needs to supplement written materials with aural aids; audio materials that are sung, or played on synthesizer or another instrument. But, most importantly, the composer has to sit down with the performer and work on the musical lines he has composed, and sincerely take advice from the performer as to what works and what does not work. This is one aspect of intercultural work that cannot be emphasized enough – the written composition is not the only way, nor even the best way to create great music. This is humble pie for most Western composers, and one might say an added benefit of intercultural exploration.”

On the topic of cultural appropriation, Denburg said, “We have been aware of these issues and, in fact, we may be convening, in 2020 or 2021, a cross-Canada series of discussions exploring best intercultural practices.

“One thing that we have done over the years,” he said of VICO, “which we believe has been acceptable practice, is that we have always emphasized the collaborative aspect of the work. We are not expressing someone else’s narrative, but rather our own, new intercultural narrative. And, when we present other cultures, this is precisely what we do – we present those cultures in performances by accepted exponents of them. So, in a VICO concert, you will often find some demonstration pieces of the collaborating cultures themselves. For example, in Raga-Tala-Malika, we will have a traditional raga presentation, probably featuring our guest sarangi player together with our guest tabla player; and a shakuhachi solo may also be presented. These are the undiluted presentations of ‘other’ cultures. Then, in pieces like The Longing Sky, and others on the program, a truly intercultural piece will be performed.”

Golden will be playing tabla on Denburg’s piece on June 12, and likely accompanying the sarangi player on tabla for a traditional Indian piece in that show. He is also scheduled to play with Starreveld and Nakagawa at the closing concert of the festival, June 13, at the Annex.

According to his bio, when Golden moved to Victoria from Toronto in 1986, “he helped form the world, folk fusion trio, New Earth. Their self-titled CD took them to Seville, Spain, where they represented Canada for six weeks at Expo ’92.… Blending African, Indian, Western and other world music, their first CD, Indiscretion, earned them a Juno nomination as best global recording of 1995.”

Throughout the years, Golden has continued to study tabla and has collaborated with many artists, including Denburg for the past 18 years – Golden is a member of the VICO. He is also a member of the new world music quartet Saffron, performs in the trio DNA, as well as the trio Three Worlds, which recently released a self-titled CD.

Bernard – principal percussionist with the Vancouver Island Symphony – will be playing in the Global Soundscapes Festival on June 8, in Zen and Now, and in Raga-Tala-Malika. His bio notes: “His interest in world music has led him to perform Chinese, Javanese, Balinese and Korean music and study traditional and contemporary Chinese percussion in Beijing, Arabic percussion in Cairo and Carnatic rhythm in South India.” He has premièred more than 70 chamber works with various ensembles, and has toured throughout Canada, the United States, Europe and Japan.