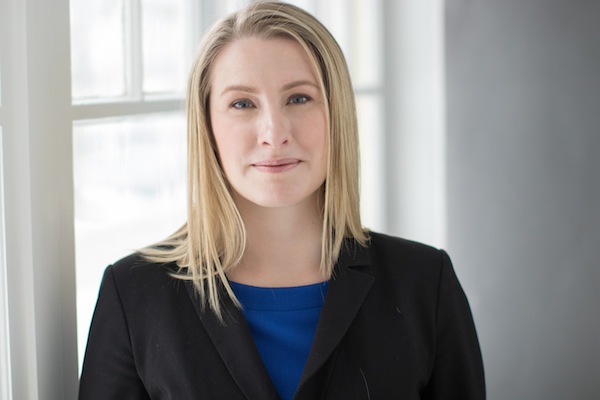 Aileen Friesen has researched how Mennonites living the area of current-day Ukraine reacted to the Nazis. (photo from Aileen Friesen)

An event titled Jews, Mennonites and the Holocaust took place in Winnipeg at the Rady Jewish Community Centre a few months ago. Organized by the Jewish Heritage Centre of Western Canada, it featured Mennonite historians Aileen Friesen, executive director of the D.F. Plett Historical Research Foundation, and Hans Werner, a retired University of Winnipeg professor, who discussed Russian Mennonite reaction as the Nazis invaded Russia during the Second World War.

The Nov. 5 discussion focused on the area that comprises current-day Ukraine, which, during the time of the Nazi invasion, was occupied by what was then the Soviet Union. Mennonites who were in the region at that time were not of German heritage, but they spoke German and were viewed by the Nazis as allies. As well, the Russians expected that these Mennonites would be sympathetic to Germany and did what they could to relocate them to eastern Russia prior to the Nazi invasion.

“We don’t have the concentration camps – we have a lot of mass shootings that are going to take place in this territory. So, Mennonites are living in a space that becomes under Soviet control, and they live under Stalinism. And then, it will become occupied by German forces, and then they will be living under German occupation.”

As the Nazis invaded, they were looking for people from the local population with German affiliation to integrate into the administrative system, while targeting the Jewish population – to have them register, to wear the Star of David and to separate them from other sections of the population.

According to Friesen, many Mennonites looked at the Nazis as liberators from the Stalinist occupation, which oppressed the Mennonite community in the area and enforced an atheistic existence. The responses of other Mennonites to the Nazi treatment of Jews were mixed: some responded in horror, but most remained silent.

“Sometimes, they say in memoirs that they said something to the German occupying forces, that they can’t do this,” said Friesen. “But, this is a time when people have been demoralized by Stalinism and have learned to keep their mouths shut…. But you will see that some people are very upset about what’s happening to the Jewish population…. Where there is a mix of Mennonites and Jews, there is also some intermarriage, so there were people who felt a great affiliation with their Jewish neighbours and felt very upset about this.

“My topic, specifically, focuses on a segment of the Mennonite population that joined into the secret police (SS), the local police, and are, therefore, implicated in the massacres that took place, as the local police were participants in these massacres.” Friesen said there were “Ukrainians, Mennonites and other types of ethnic Germans in the Ukrainian local police.”

As the Nazis invaded, they ranked the population, placing the Mennonites higher than the Ukrainian/Russian population, as they were considered by the Nazis to be Volksdeutsche (German folk). This allowed Mennonites access to more resources and they were better treated.

Before the Nazis invaded, she said, Mennonites and Jews “occupied a space together.” For example, “in Chortitza, there was a synagogue and there was also a Russian Orthodox church, and a Mennonite church that was in operation before the Soviets took power. It’s a space in which people organized and interacted with each other and, yet, these forces that get imposed upon them, there’s a reaction from within the local community that, in the case of the Mennonites, I don’t think that was a response that served them … at least some people … bought into these ideas that the Germans brought into this territory. It dovetails with some of the ideas they had of their own suffering under the Soviet regime and they accepted the dehumanization and sometimes participated in the dehumanization of others, which is really a sad story.”

Friesen encouraged readers to watch the event video on YouTube.

“There were some interesting questions and responses from the audience,” said Friesen. “We had a good turn out, from both the Mennonite and the Jewish communities, discussing these very difficult issues. I think the lectures online will give you a much better background to this story than I’ve been able to share.”