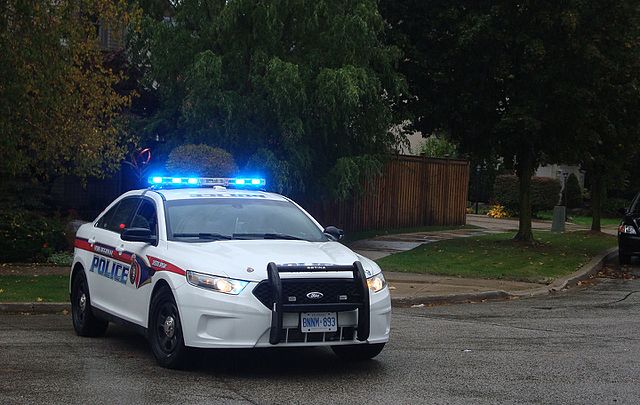 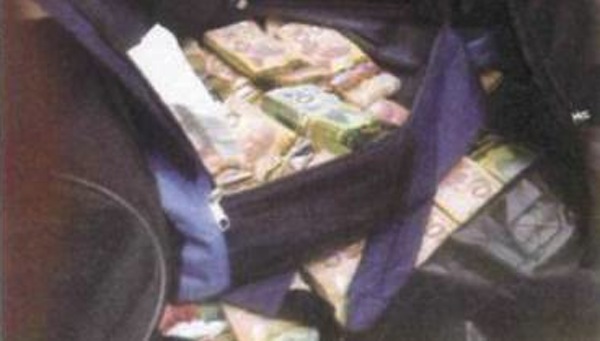 Winnipeg Mayor Brian Bowman speaks at the Nov. 22 forum Wide Awake. According to Ivy Kopstein of Jewish Child and Family Service of Winnipeg, he “is advocating to all levels of government for resources to deal with this health crisis.” (photo by Nik Rave)

“It is a significant issue in both Winnipeg and Vancouver,” Dr. Ruth Simkin told the Independent. “In Vancouver, it has been overshadowed by the opioid crisis, but is a significant problem there, too. It is seen in the Winnipeg Jewish community. I don’t have stats on its prevalence in this particular group, but it is likely similar to other populations.”

Simkin is a family physician working at a community health clinic in Winnipeg and part-time with the addictions unit/addictions consult service at the Health Sciences Centre (HSC) and Rapid Access Addictions Medicine (RAAM). The JI recently interviewed her about addiction; in particular, to methamphetamine, in light of a Nov. 22 forum in Winnipeg on the topic.

Wide Awake – An Eye-Opening Look at Methamphetamine in Winnipeg was held at the Asper Jewish Community Campus. It was co-presented by Jewish Child and Family Service (JCFS) of Winnipeg, Gray Academy of Jewish Education and the Rady Jewish Community Centre.

Amphetamines were developed in the late 1900s and used commercially from about 1930 for various reasons, including nasal congestion and to keep soldiers awake. Because of their adverse effects and addictive properties, however, their use became legally restricted in the 1970s.

Methamphetamine (crystal meth) belongs to the amphetamine class of drugs – stimulants that speed up the body’s central nervous system. Although not legally available in Canada, crystal meth has been used recreationally for a very long time.

“The initial effects of methamphetamine on the user are a sense of well-being or euphoria, increased energy and alertness, increased confidence and little need for food or sleep,” said Simkin. “Unwanted potential side effects include racing heart, dry mouth, nausea and vomiting, anxiety and restlessness. It can also produce paranoia, delusions and aggressive and violent behaviour.”

“Methamphetamine comes as a powder that can be used by ingesting, snorting, smoking or injecting,” explained Dr. Erin Knight, medical director of the HSC’s addictions program, who was a Wide Awake panelist. “It also comes in a crystal form (crystal meth). It is produced in illegal labs with fairly inexpensive and sometimes toxic ingredients. It may be made with ingredients from antifreeze, batteries and cleaning fluid.”

It is estimated that one percent of students in Manitoba from grades 7 to 12 have tried methamphetamine over the last year. It is easily accessible and inexpensive. Its price has dropped significantly in the last few years, from approximately $30 per gram to $10 per gram.

In her work at the HSC, it is common for Simkin to see patients who use meth, usually along with other drugs.

“It is a growing problem,” said Simkin about the use of the drug. “It is very accessible, cheap, has a prolonged effect on the user – six to eight hours if injected and 10 to 12 hours if smoked – and it is very reinforcing (addictive).

“As well, its effects are more unpredictable than other drugs. The number of users has doubled over the last few years. And, we’re also seeing a shift from individuals smoking meth to them injecting meth.”

According to Sheri Fandrey of the Addictions Foundation of Manitoba – who also was a Wide Awake panelist – drug mixing increases the potential for challenging behaviours and the possibility of a serious overdose. That meth is bought and sold in an unregulated market increases the risk that it may contain adulterants and contaminants that can cause further harm.

“There is no specific treatment in terms of medication,” said Simkin regarding addiction to meth. “There is some evidence for the use of motivational interviewing (MI) and rewards-based treatment.”

A recent Winnipeg Regional Health Authority (WRHA) report stated that, in the 2014-2015 fiscal year, 682 people who sought treatment at the Addictions Foundation  had used meth over the prior 12 months. A year later, that number had increased to 1,198. Meth was no longer being reported to be an occasional drug, and women were using more than in the past.

“As far as we know, meth use crosses all lines: rural/urban, high/low income and male/female,” said Simkin. “However, as with other substances, there are higher risk groups. These higher risk groups are students, low-income, rural, homeless, disenfranchised groups and people with co-occurring mental health disorders.”

Last year’s theme for Addictions Awareness Week, chosen by the Canadian Centre for Substance Use and Addiction, was “All Walks of Life.” Substance use issues and addiction do not discriminate by age, gender, class or religion.

Simkin said this is a complex and difficult issue, but suggested that having education programs in schools would be helpful, as are forums such as Wide Awake.

As a community, Simkin said there are several things that can be done to improve the situation:

1. Reduce the stigma around substance use in general, so people who need help aren’t afraid to seek it.

2. In terms of government, increase funding for detox beds and addiction treatment, including harm-reduction services.

3. Work on other determinants of health, like poverty, housing and education, as well as mental health, to try to prevent addiction in the first place.

Another resource now available in Winnipeg are the RAAM clinics that have been instituted recently by the WRHA to provide low-barrier access to resources for individuals needing help with substances abuse issues, including crystal meth.

“The City of Winnipeg and law enforcement are responding to the crisis on the streets and have included public education programs in all areas of the city,” said Ivy Kopstein, coordinator of the substance use and addictions program at JCFS Winnipeg. “Our mayor is advocating to all levels of government for resources to deal with this health crisis.”

“Emergency Medical Services (EMS) has now been given the authority to give meth users the antipsychotic drug Olanzapine,” Simkin offered by way of an example.

When a loved one has a substance abuse issue, it impacts the whole family, she said. Family members may feel stressed and anxious and it’s important for them to also seek support.

In British Columbia, the B.C. Centre on Substance Use (bccsu.ca) “is a provincially networked organization with a mandate to develop, help implement and evaluate evidence-based approaches to substance use and addiction.” Other resources include Crystal Meth Anonymous (crystalmeth.org), which is similar to Alcoholics Anonymous and lists a meeting place on Hornby Street in Vancouver, and Jewish Addiction Community Services (778-882-2994 or [email protected]).

The first comprehensive effort to reach Jewish individuals suffering from addictions launched this month in Vancouver when the Jewish Addiction Community Service of Vancouver came into being. Its goal is to approach substance abuse issues – specifically alcohol and drugs – within a Jewish context.

The first two services being offered by JACS Vancouver are a support group for families living with substance abuse and navigational support, to help direct individuals and families to the right channels in the support system, whether they want access to recovery programs, counseling or other resources. But those services will expand rapidly to include community education and awareness building.

“We want to teach people how to identify when someone is in trouble with substance abuse, and to get them to the right services,” said Rebecca Denham, director of services for JACS, who will be providing assistance from an office at JHub in Richmond (8171 Cook Rd., Suite 212).

Denham is planning to do this outreach at schools, synagogues and camps by hosting events that promote awareness. “We want to start conversations” she said, “because that’s where it has to begin: people talking about addiction, where they’re seeing it and how substances are being used and abused.”

Calls for assistance are beginning to come in as Denham reaches out to Lower Mainland addiction service providers, psychologists and counselors to inform them that JACS exists and the kind of support it offers.

“We want to let people in the Jewish community know that there will be services that incorporate their traditions and values, and acknowledge that some of their circumstances may be unique,” she explained. If someone needs to enter a treatment facility, JACS would like to ensure they have access to kosher food and rabbinical support, if they want it. When they’re exiting such facilities, JACS can offer help on moving back to the community safely, and on how to attend Jewish events that may incorporate alcohol, for example.

Denham, an Ottawa native with 15 years’ experience in mental health, addiction and youth at risk, moved to Vancouver in 2010 and worked with Jewish Family Service Agency in its mental health outreach program. She is available to take calls for appointments Monday through Thursday, 9 a.m.-1 p.m.

JACS Vancouver will offer some of the programs provided by JACS Toronto, founded some 15 years ago. There are other JACS programs in cities including Winnipeg, Seattle and Chicago, and Denham is looking forward to partnering with Jewish services across North America and emulating some of their successful programs.

Alcohol use in Canada – data from Health Canada

The following are excerpts on alcohol use from the Canadian Alcohol and Drug Use Monitoring Survey, which was an annual general population survey of alcohol and illicit drug use among Canadians aged 15 years and older that ran from 2008 through 2012. There is much more information contained in this survey, which can be accessed at hc-sc.gc.ca/hc-ps/drugs-drogues/stat/_2012/summary-sommaire-eng.php. The Independent was referred to it by Rebecca Denham, director of services for Jewish Addiction Community Service of Vancouver.

In 2012, 78.4% of Canadians reported drinking alcohol in the past year. Similar to previous years, in 2012, a higher percentage of males than females reported past-year alcohol use (82.7% versus 74.4%, respectively) while the prevalence of past-year drinking among adults aged 25 years and older (80%) was higher than among youth (70%).

In November 2011, the Canadian federal, provincial and territorial health ministers received Canada’s Low-Risk Alcohol Drinking Guidelines, which consist of five guidelines and a series of tips. Low-risk drinking guideline 1 (chronic) is defined as people who drink “no more than 10 drinks a week for women, with no more than two drinks a day most days and 15 drinks a week for men, with no more than three drinks a day most days. Plan non-drinking days every week to avoid developing a habit.” Low-risk drinking guideline 2 (acute) is defined as those who drink “no more than three drinks (for women) or four drinks (for men) on any single occasion. Plan to drink in a safe environment. Stay within the weekly limits outlined [in guideline 1].”

In 2012, for the first time, CADUMS asked about four harms people may have experienced in the past 12 months due to someone else’s alcohol use. Types of harm include being verbally abused, feeling threatened, being emotionally hurt or neglected and being physically hurt. One in seven (14.2%) Canadians aged 15 years and older experienced at least one of these harms as a result of another person’s drinking. Verbal abuse was the harm reported by the largest percentage of Canadians (8.9%), followed by being emotionally hurt or neglected (7.1%) and feeling threatened (6.3%), while being physically hurt was experienced by 2.2%.