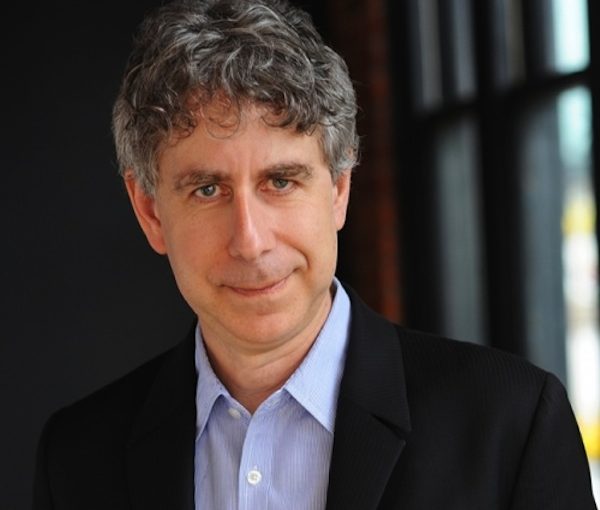 Bakan’s widely acclaimed 2004 book The Corporation: The Pathological Pursuit of Profit and Power explored the formation and behaviours of modern-day industrial behemoths. It was later turned into an award-winning film. His new book, The New Corporation: How “Good” Corporations are Bad for Democracy, released in 2020, also has a film attached to it – The New Corporation: The Unfortunately Necessary Sequel, which Bakan co-directed with Jennifer Abbott.

In the CHW event, Bakan shared tidbits about his upbringing, first in East Lansing, Mich., then moving to Vancouver at age 11. “I was a very young draft dodger,” he recalled, as his parents decided to move north at the height of the Vietnam War.

“Family and Judaism have been two of the pillars of my life,” he said, recounting how much of his current activism could be traced to his immigrant grandparents.

“Jewish people have always had an activist sensibility and I think it’s rooted, not only in that history, but in the ethics of the religion – chief among them is tikkun olam, that we have a duty to repair the world, which is very much a duty I take seriously,” he added.

In his recent book, which moderator Segal called a “tour de force” and “meticulously researched,” Bakan tackles such subjects as deregulation, the aviation industry and what he describes as the destructive dependence on technology. In it, he interviews not only influential legal and economic scholars but also references pop culture to explain more difficult concepts.

“I wanted the book to be readable,” he said. “I am an academic by trade, but I am a writer. I want the reader to feel pulled into a story. In all my writing for a popular audience, I try to get away from the academic notion of laying out the facts and instead lull the reader in by telling some good stories. And, once I have the reader, I try to engage them with some more analytical or informational kinds of things.”

Segal asked about Bakan’s Trump-era trip to the World Economic Forum in Davos, Switzerland, for the recent Corporation documentary project. It turned out to be a coup of sorts for a film crew to be allowed access to the normally secretive meetings of the world’s political and corporate elites in the Swiss Alps.

In this work, Bakan discusses the concept of corporate social responsibility, which, he contends, cannot do nearly enough to combat rising global social and environmental threats. He distinguishes between individuals at the top of corporations and the corporations themselves.

An example of this approach is Lord John Browne, the former chief executive officer of British Petroleum, whom Bakan portrays as a very cultured man and one of the “good guys,” who tried to get his firm to be at the forefront of corporate responsibility. However, the problem is that even the most benign, well-intentioned CEOs are hamstrung by their fiduciary and legal responsibilities to their shareholders, according to Bakan.

“A CEO can go a certain distance in trying to do a better job in terms of social or environmental responsibility, but you can’t go further in that direction in terms of what will be profitable,” said Bakan. “It’s great if corporations try to be a little better, but let us not be deluded into believing that they can go far enough to get us out of the mess we are in, be it the social mess or the environmental mess.”

The conversation turned to sports and the recent failed attempt by Europe’s top soccer clubs to form the Super League. The common thread with other societal issue is the goal of corporations or capitalism to commoditize everything, whether it be water, utilities, education or entertainment. In the case of the Super League, the vested corporate interests behind the initiative were trying to increase profits by “taking the local out of sports.”

“If you put the Toronto Maple Leafs in Dubai, they would make more money,” said Bakan. “The Super League stopped because the people and governments rose up.”

The discussion ended on an uplifting note for the future. Bakan advocated extolling the virtues that our societies value, such as democracy, freedom and equality, to create a world “in which people can flourish, where they can thrive, where they can be free, not just of government restrictions but ill health, hunger and poverty, where they can live lives of meaning and purpose in which their material needs are met.”

The film version of The New Corporation is available on several streaming services in Canada. As well, the CHW talk is available for anyone who donates $18 to CHW, for which a full tax receipt also will be provided. Visit chw.ca/thenewcorporation to register, or call the CHW Vancouver office at 604-257-5160. CHW supports programs and services for children and women, in healthcare and education, in Israel and Canada.