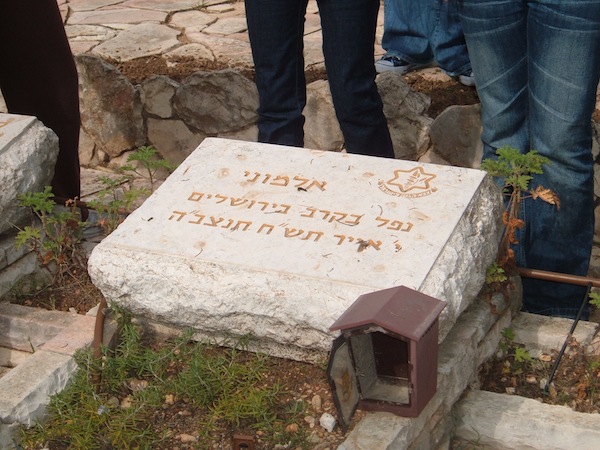 Isaac Messinger being presented with a certificate of appreciation last year for his contributions to the Jewish National Fund of Canada and Beit Halochem. (photo from JNF Pacific Region)

Isaac Messinger was born in Poland in 1929 and spent some of his early years in Siberia. Although his family tried to flee back to Poland when he was 12 years old, he ended up alone and orphaned in Russia and has spent the years since then living a very colourful life.

Among the notable moments, Messinger worked as a cowboy on horseback, chauffeur to a Polish officer, in a garage, as a prizefighter, a soccer player, a tinsmith and a traveling carnie with a roulette wheel. And he still had time to open a steakhouse and deal in diamonds, while lending money to some of the original landowners along the Las Vegas Strip.

Messinger has long been a strong supporter of Israel and he is currently focused on funding a project of JNF Canada that works with Israeli veterans, a special fitness centre at Beit Halochem Ashdod.

At first glance, the fitness centre at Beit Halochem looks like any other fitness club. There are lots of people working out on the equipment, weight training and stretching. Upon closer examination though, the difference is quite clear. Not only is much of the equipment and machinery slightly different, but the members are as well. Here, veterans young and old, with a wide spectrum of disabilities, come to improve their strength, flexibility and cardiovascular health. They exercise side by side, some on special equipment designed for wheelchair access or amputee-specific machines, and there are trainers on hand to explain and assist the veterans.

The physical rehabilitation aspects of working out in the fitness centre are clear to all. Less obvious is the psychological benefit that the disabled vets get from taking an active role in their rehabilitation.

Israel’s female soldiers seem to break barriers on a consistent basis. In January, new figures revealed that the number of women serving in combat roles in the Israel Defence Forces’ Homefront Command is up 38% this year. Last month, the IDF launched a pilot program in which women will be trained as tank operators for the first time.

Indeed, the Jewish state takes pride in being an oasis for gender equality in a Mideast region largely bereft of women’s rights, and this attitude extends to Israel’s military. At the same time, for a nation facing ever-present security threats both internally and on its borders, gender equality has its limits.

Klifi-Amir moderated a discussion with three female Israeli soldiers – Sgt. Noam, Staff Sgt. Maya and Staff Sgt. Y, whose full names were withheld for security reasons – in a program hosted by the Young Leadership Division of Friends of the Israel Defence Forces, a nonprofit whose mission is “to provide for education and well-being” of IDF soldiers.

The soldiers on the panel all told JNS.org they have never felt discrimination for being a woman in the military, and that their male counterparts treat them with respect. Y described the interactions as “very, very professional,” and Maya – who commands an infirmary at her battalion’s headquarters – explained, “We train with the guys, we do everything like them. Inside the unit, everything is the same.”

Israel is the world’s only country where military service is obligatory for women. From ages 18-26, women must serve two years in the military – with some exceptions, such as if they are pregnant. Today, 95% of the IDF’s positions are available to women, according to Klifi-Amir.

Yet “equal opportunity” does not exist in the purest sense, the soldiers said. Klifi-Amir told the crowd she does not believe all military positions should be open for women, depending on the mission. The physical training required for some military roles may be too grueling for a woman’s body, and the IDF is responsible for the life of each soldier, she said.