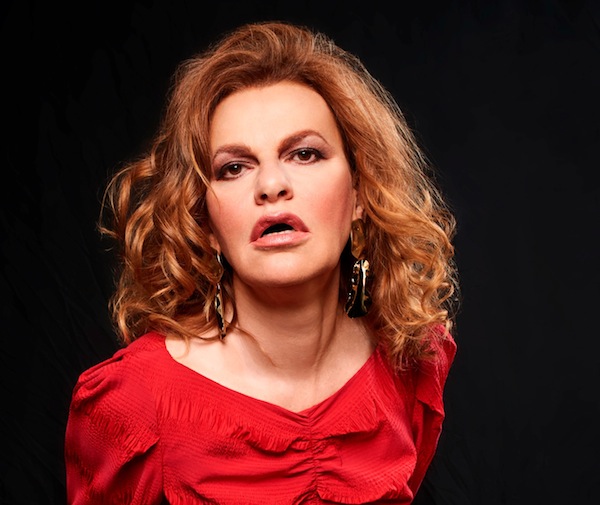 Sandra Bernhard is at the Vogue on Halloween night, as part of the Chutzpah! Festival. (photo by Brian Ziegler)

“When I was a little kid, I had three older brothers and I got a lot of attention for being cute and funny, and I’ve always had an ability to comment on situations as they unfolded in front of me,” said veteran performer Sandra Bernhard in a phone interview with the Jewish Independent. “I think that’s what kept it going all these years – I find it entirely hilarious when you’re in the middle of something and you’re able to pull it apart and bring the most humour out of it, or the most outrage, and that’s always been the most interesting part of what I do.”

Bernhard is bringing her critically acclaimed show Quick Sand to the Vogue Theatre on Oct. 31 as part of the Chutzpah! Festival, which runs Oct. 24-Nov. 24. The comedian, actor, author and radio host is known for her outspokenness. She said it’s second nature for her to say what’s on her mind. “By being funny and being a character, which I’ve always been,” she said, “that gave me the access to say things that other people wouldn’t say necessarily, or that wouldn’t be heard.”

Bernhard’s daily radio show, Sandyland, which is on SiriusXM’s Radio Andy channel (created by Andy Cohen), earned her a Gracie Award, an honour given by the Alliance for Women in Media to “recognize exemplary programming created by women, for women and about women in all facets of media and entertainment.” Bernhard also stars as Nurse Judy in the award-winning, boundary-pushing show Pose on FX Networks, about “the legends, icons and ferocious house mothers of New York’s underground ball culture, a movement that first gained notice in the 1980s.”

Bernhard has countless film and television credits, has created and performed several one-woman shows, recorded a few albums and performed with or opened for many artists. She also has written three books.

While she knew from a young age that she wanted to be a performer, it wasn’t until her late teens that the goal started to become a reality.

“I moved to L.A. in the mid-’70s, when I was 18, 19,” she said. “I became a manicurist in Beverly Hills, so I had a day gig, but I didn’t really know how I was going to jump into the waters, because I also wanted to be a singer. I really wanted to be an entertainer, the whole package.

“And then I met up with a group of friends and they thought I was hysterical and then there was this woman I met who, I did her nails and she was a cabaret singer and she would go to the open mic nights and she said, ‘You’re really funny. I know you want to sing, but put your material together and I’ll take you to these open mic nights.’ She took me to one and then I met my friend Paul Mooney and my friend Lotus Weinstock the first night I got up and they took me under their wings. And that’s how I started – I literally fell into it, because I was a natural, and then I started doing the hard work, which was getting up night after night after night to do my act, and I honed my act and the material and then, eventually, I got good at it.”

One of the reasons she remains popular and her material fresh is because she keeps working at it, “finding different ways into it. For me,” she said, “the most important thing is being as authentic as I can, year to year, day to day, because you do change, you evolve as a person, you want to peel the layers of the onion away and get deeper into your core as an artist, as a performer, and I think that’s what continues to inspire you and make you a better performer.”

Describing her style as “edgy, funny, strong, no nonsense, but funny nonsense,” she said, “I don’t feel like I have to really temper anything because you shed your skin as you go along, and certain things just don’t work anymore.”

Born in Flint, Mich., and raised in Scottsdale, Ariz., Bernhard was bat mitzvahed, but, she said, “My father, I don’t think he related to being Jewish much at all, except maybe culturally, and my grandparents – my grandfather went to shul every day but I think that was a little bit later in life. When he came over here from Russia, everybody was busy trying to make a living. And, of course, people ended up in some small towns here and there, and you didn’t always have time for your religion and your traditions.”

Nonetheless, Bernhard said, “I find a certain amount of meditative escape just going to Shabbat and hearing the music and the songs I grew up with, and I like the community. Whether it’s the High Holidays or staying for kiddush and eating a bowl of cholent, there’s something very visceral about it. It connects me with who I was as a kid and my grandparents…. There’s all that emotion, it’s vivid and visceral and it’s just a nice place to calm down and go into and have a little bit of a break from the day to day.”

Saying that she’s “thrilled to be coming back to Vancouver,” Bernhard said the Oct. 31 performance will be “a fun night.” Accompanied by the Sandyland Squad Band, she will combine music, comedy and social commentary in Quick Sand, which, she said, offers “endless amounts of room” for her to go off script.

“I’m always prepared to jump off if something happens or inspires me or the thought process, my mind, and that’s the way it’s always been for me,” she said. “But I also have very set pieces that you want to be able to fall back on and have that continuity to the show, so that you’re not standing up there just talking about a bunch of silliness. I want people to walk away having been entertained.”

For tickets to Bernhard and other Chutzpah! shows, visit chutzpahfestival.com. 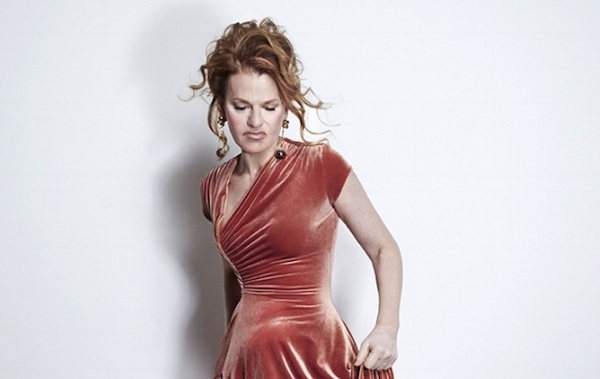