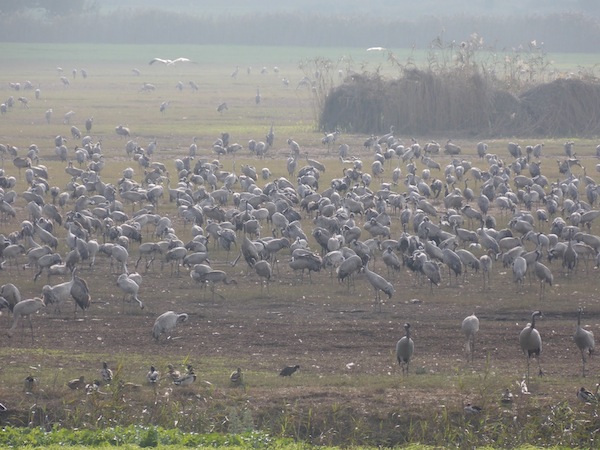 On Nov. 19, the Jewish Community Centre of Victoria will host a webinar dedicated to Nature Israel (Society for the Protection of Nature in Israel, SPNI) and the organization’s role in addressing Israel’s environmental challenges.

For more than 60 years, SPNI has been dedicated to protecting and preserving Israel’s natural resources, environment, natural assets and landscape. The work carried out by SPNI now will determine what the land of Israel will look like for generations to come.

The Canadian Society for the Protection of Nature in Israel (CSPNI) is a registered charity with the mission to raise awareness of, and funds for, the work of SPNI to protect and preserve Israel. CSPNI is, therefore, lending support to this program, which will be led by Jay Shofet, director of partnerships and development at SPNI.

A Brief History of Israel’s Environmental Movement: A Snapshot of Today’s Sustainability Challenges and Successes will highlight the programs run by SPNI. As well, Shofet will trace the growth of Israel’s environmental movement, from its early-decades focus on a romantic notion of conservation, through its growth and professionalization stage in the 1990s, to its grassroots focus on sustainability in the last decade. Then, he will give a snapshot of where things stand today: how a new ethos of dense, sustainable cities is slowly developing; how land-use planning affects everything; how the push for renewable energy is fighting against entrenched economic interests and old infrastructure; and how Israel’s world-class biodiversity is threatened by habitat loss and fragmentation – and what SPNI is doing about it.

The webinar begins at 10 a.m. To register, go to jccvictoria.ca/webinars-3.