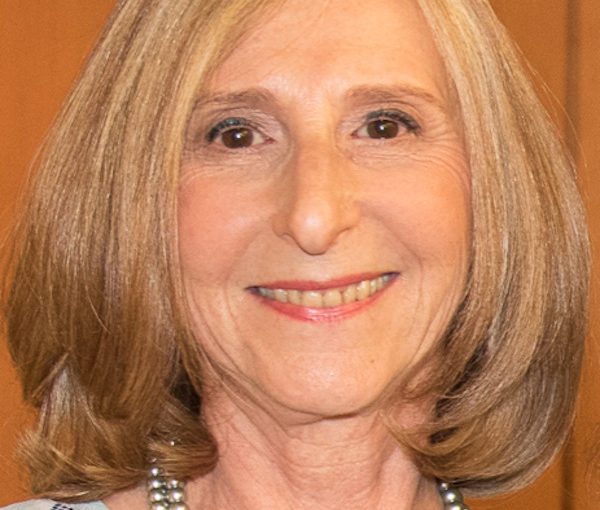 Shalhevet Girls High School will honour Shelley Rivkin at its gala on April 11. (photo from Shalhevet)

On April 11, at its annual gala, Shalhevet Girls High School will honour Shelley Rivkin as a Guardian of the Flame.

“Every year, we honour a Jewish woman who is passionate and dedicated to the Jewish community,” Vivian Claman, president of the Shalhevet board, told the Independent. “Shelley personifies the kind of woman we inspire our students to become – independent thinkers and leaders in their communities. Shelley not only works hard for the Jewish community but for the Vancouver community, as well.

Rivkin is the third woman to be so honoured by Shalhevet. Anita Silber was the first, in 2019, and Sarah Berger was recognized last year.

Rivkin is vice-president of planning, allocations and community affairs for the Jewish Federation of Greater Vancouver. She is an adjunct professor of social work at the University of British Columbia and at Langara College, and she is a member of British Columbia’s Multicultural Advisory Committee.

“My parents were a significant influence,” said Rivkin about her choice of career and her participation in community. “My mother was a social activist and early feminist who introduced me to many of the ideas that contributed to my decision to go into social work, while my father was deeply connected to Jewish values and traditions. Both believed in the value of volunteer work and had me volunteering for a variety of causes from an early age.

“My Jewish education at Schara Tzedeck and involvement in both NCSY and BBYO also provided me with a deeper understanding of Judaism and Jewish life that I have carried with me throughout my career.

“There have also been some amazing women who have inspired me along the way,” she noted. “The late Rosemary Brown, who I had the privilege of meeting when I was in university, really opened my eyes to the barriers and obstacles that many women were facing and continue to face in our society.”

Rivkin’s specific areas of responsibility at Jewish Federation include community planning, local grants distribution, Jewish education, partner agency relations and community security. While she was hired in 2007, she had volunteered with the organization for a couple of years before that.

“In 2005, I was asked to chair the poverty coalition,” she explained. “This connection brought me closer to the work of Jewish Federation and, as I took on more volunteer responsibilities, I became more intrigued by the work that Federation did on a daily basis. In 2007, Federation went through a restructuring process to move toward a closer alignment between central planning and financial resource development. A new senior position was created, and [then-Federation head] Mark Gurvis asked me to apply. This was an opportunity to connect my Jewish values to my day-to-day work.

“The most rewarding aspects of the job are when you can move from project inception to project completion,” she said. “The most recent example was the establishment of the Food Security Task Force in 2017. I was responsible for staffing the task force. The task force released their report in late 2018. The report had an important impact in raising awareness about the depth of food insecurity in our community. Through the hard work of Jewish Family Services and many generous donors, we have seen the implementation of one of the key recommendations of that report, the establishment of an integrated food hub. This has been very rewarding.”

Rivkin feels strongly about the benefits of a Jewish education.

“I am setting up an endowment with the Jewish Community Foundation that I hope that Shalhevet supporters will contribute to,” she said. “Over time, the interest earned on the capital can enable Shalhevet to support special projects that are not covered through their general operations.

“I am setting this up because I believe strongly that young Jewish women should have full access to quality general studies and Judaics education. As an Orthodox woman myself, I am committed to ensuring that young Orthodox women living in Vancouver have the best educational opportunities available.”

Currently, Shalhevet has 14 students enrolled for the 2020-2021 school year, and they anticipate around the same number of students for the next year, Meira Federgrun, head of school, told the Independent. “What we lack in student numbers, we definitely make up in enthusiasm and involvement,” she said.

About how the school has been coping with COVID-19, Federgrun shared, “As with all schools in B.C., Shalhevet had to craft a safe return-to-school document that was approved by the Ministry of Education before the start of the school year last September; we have been doing full-time, in-person learning since then. We have sanitizing products available throughout the school and high-touch surfaces, as well as equipment, are sanitized several times a day. Our staff and students wear masks in all areas of the school, including the main room and classrooms, and remove them to eat or drink.

“Because Shalhevet is a small school,” she said, “our entire staff and student body is considered one cohort, so we are fortunate in that we don’t have to worry about a lot of the restrictions and traffic flow that larger schools with multiple cohorts have. As a result, we’ve been able to provide our students with as ‘normal’ a daily school experience as possible.”

The annual gala is the only way the school raises money. “It’s our once-a-year fundraiser,” said Claman. “It’s also a way to bring awareness of Shalhevet’s great contribution to the community and its importance in maintaining a thriving Orthodox community.”

It will include “an introduction from [Irit Rub] the director of KeyNote, the musical education department of Israel Philharmonic, talking about the relevance of education and music,” said Claman. “Every year, we offer some form of entertainment, like comedians, a magician, etc., but we had to find something that would be conducive to online entertainment.”

Also part of this year’s gala, said Claman, “For the first time ever, we will be showing a video taking an inside look at Shalhevet.”

For her part, Rivkin said, “I am so grateful to the Shalhevet community to be honoured this way. It has been so uplifting for me to know about this honour, especially following such a challenging year.”