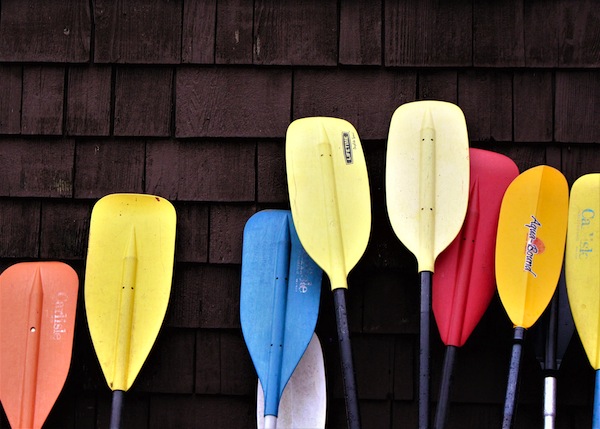 Originally, the only focus of Jewish camp was to offer Jewish children an opportunity to spend some time in a woodland environment. (photo from pxfuel.com)

Camping and camps may have been around forever. But Jewish camps, at least those in North America, have a contemporary history.

In 1893, a group called the Jewish Working Girls Vacation Society organized a camp for Jewish children in New York. These women sought to create a place to give their children a break from life in the industrialized city where they worked. The initial focus of Jewish camps was on the children of Eastern European immigrants, and there was a drive to use the camps to Americanize participants. Jews were not the only ones to take an interest in this vehicle for integration. By 1900, there were 100 camps of all kinds and, by 1915, there were more than 1,000.

Originally, the only focus was to offer Jewish children an opportunity to spend some time in a woodland environment, perhaps with access to water. Camps also offered children opportunities to interact with their peers from various backgrounds, without parental oversight, something they might not find in their home environment. Over time, Jewish camp programs expanded to include acculturation into things Jewish, along with athletics, social skills-building, the arts and related activities. Among the Jewish camps, there was the development of those that promoted a particular religious observance, or Zionism, Hebrew usage, socialism and the like. Zionist camps were given a special impetus with the worldwide effort to establish a Jewish state.

What Jewish organizers found over time was that camp experiences were crucial in binding young people to the Jewish community. The relationships forged among young people through camp have played an important role in this area. Anyone who has lived through the camping experience understands the powerful emotional connections this activity can carry with it, particularly when it occurs year after year. Many community leaders believe that sleep-away camps were (and are) an important element in the maintenance of a Jewish identity in the face of all the forces that encourage assimilation into the general population.

The summer camp has become a feature of Jewish life wherever the numbers are available to support this community service. In addition to private ventures, over time, Jewish communities have invested substantial resources into these programs and see them as an important part of Jewish communal activity. Some synagogues have camps as part of their program.

Interest in this aspect of Jewish camp has increased over time. For some parents, Jewish camps are an alternative to expensive primary schooling at Jewish educational institutions.

As a reflection of the growing appreciation of the importance of sleep-away camps in maintaining strong communities, philanthropic groups funded, in 2014, an organization in the United States to assist Jewish camps in carrying out their work. The Foundation for Jewish Camp now works with more than 180 Jewish summer camps, assisting in the training of personnel and providing other services and resources. Among other things, it assists Jewish camps in recruiting professionals, offers grants to first-time campers and helps fund upgrades for camps to accommodate participants with special needs.