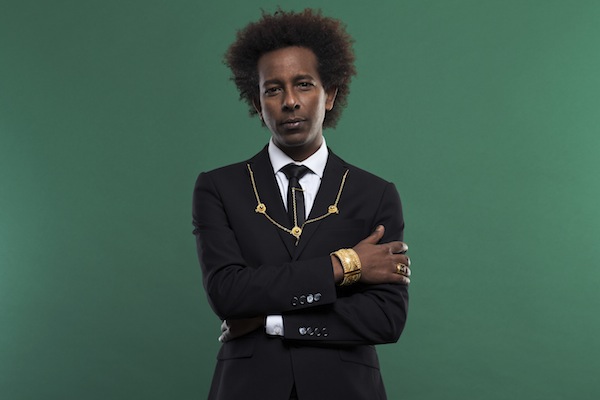 Gili Yalo performs in Vancouver on Sept. 24 for a Chutzpah! Plus event. (photo from Chutzpah!)

Israeli singer-songwriter Gili Yalo returns to Vancouver for a Chutzpah! Plus concert on Sept. 24. It’s his first time back in the city since 2015, when he was part of the band Zvuloon Dub System. Yalo said he can’t wait – “the last time at the Chutzpah! Festival was wonderful!” he told the Independent.

In 2015, Zvuloon Dub was touring the United States and other countries. “Part of the tour was the Chutzpah! Festival,” said Yalo, “and we finished the tour in Montego Bay, Jamaica, performing in the legendary festival SumFest. After being part of Zvuloon Dub for seven years, I felt that it was the right time and the right spot to start something new. I came back to Tel Aviv and started working on new songs for my solo career.”

Yalo’s eponymous first solo album, released in 2017, was very well-received and he followed it up in 2019 with the EP Made in Amharica, on which he collaborated with Dallas-based musicians in Niles City Sound, a studio in Fort Worth. He has released several singles and has played on stages and in festivals around the world.

But, even though he has been a singer his whole life and performing almost as long – including in children’s choirs and during his time in the Israel Defence Forces – Yalo resisted making music a career. Among his alternate endeavours was being a club owner.

“I opened the club for Israeli Ethiopian people, who didn’t feel safe to stand in line at Israeli clubs; back then we got a lot of refusal just because of the colour of our skin,” he explained. “At the club, there were two floors, one of R&B and reggae/dancehall music, the other one was Ethiopian music. It really affected me because I have heard and learned lots of Ethiopian music.

“After several years of running the club, I felt that I needed to do something different in my life … and I told myself, you don’t want to regret not trying to achieve your biggest dream, and I decided that I had to try and overcome my fears. It was natural for me to make a fusion of Ethiopian music and Western music such as jazz, funk, R&B and reggae, because that was my life between home and the outside.”

Born in Ethiopia, Yalo was 4 or 5 years old when he and his family fled to escape famine in 1984. Traveling by foot, it took them about two months to walk from the Gondar region, in northern Ethiopia, to refugee camps in Sudan, where they stayed for several months, until being airlifted to Israel as part of Operation Moses.

“Lots of the songs that I’m writing are talking about identity, journey and integration into society, so I think all of it came from the experience of making aliyah and the difficulty in the process,” Yalo told the Independent.

There are many things that Yalo would still like to accomplish, but, right now, he said, “I especially want to share music.” He wants to write good songs, collaborate “with musicians that I appreciate, and take my music to a place that it can inspire lots of people.”

About coming to the city, Yalo said, “I want to say that Vancouver is one of the best places in the world. I’ve seen so many places thanks to music and, if it wasn’t so far away from my family, I would definitely consider living there.”

For tickets to the Sept. 24, 8 p.m., concert at the Rothstein Theatre, visit chutzpahfestival.com.