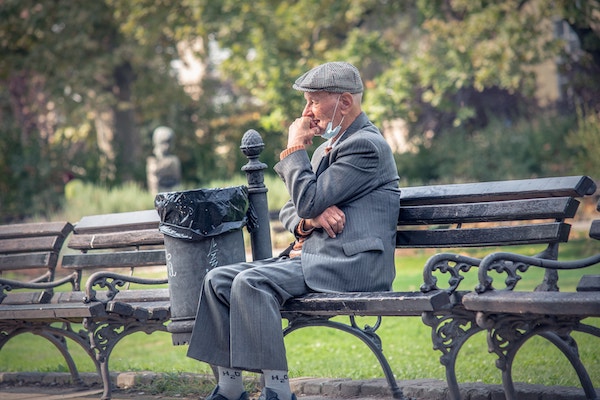 How technology can connect people and reduce social isolation was the topic of the Jewish Seniors Alliance’s fall symposium. (photo from pixnio.com)

At the fall symposium of the Jewish Seniors Alliance, which took place on Zoom Nov. 21, attendees heard from experts on the topic Triumphs and Trials Using Technology: Social Isolation Among Older Adults.

Of their study on social isolation among older adults during the pandemic, Haase said they wanted to explore how the inability to interact in person during the pandemic has impacted seniors. She mentioned that two scientific publications – The Lancet and The Journal of the American Medical Association – had commented on the detrimental effect of isolation on seniors. Haase and O’Connell wanted to look at the effects and what could be done to alleviate them.

There is empirical evidence that social isolation impacts mental, physical and cognitive health. Since technology can facilitate social connection, the idea was to train older adults to use these facilities to lessen their isolation. Use of both the telephone and Zoom was embraced by many older adults, and even those people with some cognitive impairment could be trained to use Zoom and other such tools.

Haase and O’Connell reached out to groups and individuals in British Columbia and Saskatchewan for participants. Four hundred individuals and 41 seniors groups were involved in the study, including JSA. Two of the questions were: How did they change their programs? and How did they maintain social connections?

Some groups opted to meet outdoors. The advent of a vaccine helped alleviate some fears. One of the findings was that introverted people, as well as those who lived in rural areas and those who had family nearby, fared better than more extroverted people.

Many community groups rose to the challenge and introduced new technology to their members. In addition to providing training, they also kept in touch with frail members. In rural areas, where broadband access was problematic, groups had to make major use of the telephone. A 1-800 line was purchased to facilitate contact in these areas. These types of disparities in access were highlighted by the pandemic.

A few community groups closed during COVID, but many rose to the occasion by staying in regular contact, providing iPads to clients and helping them learn how to use them.

Haase and O’Connell then turned to the audience for any questions or other information that would help with their research.

One question was how do we find the truly isolated, as we usually rely on people to self-identify if they are in need. The poser of that question, Larry Shapiro, pointed out that, in the United Kingdom, they use the postal service to check on isolated individuals.

Another issue raised was whether groups should continue with a hybrid model of services – this would involve in-person events plus a Zoom possibility. Hybrid models make programming more accessible for those who are ill or who have a disability that impedes mobility. As well, many older adults are still fearful and need help to re-enter society. Funding would be needed to facilitate such programs.

Tammi Belfer thanked the speakers for their research, which was helping improve the lives of older adults.

Shanie Levin is program coordinator for Jewish Seniors Alliance and on the editorial board of Senior Line magazine.