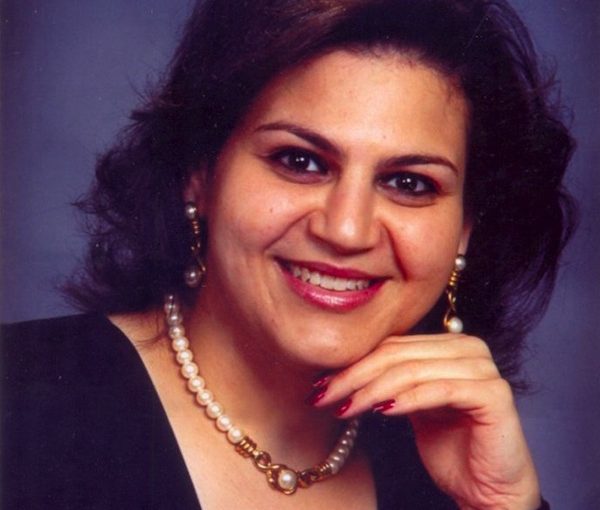 Nancy Khedouri, a member of the National Assembly of Bahrain. (photo from bahrainthisweek.com)

Nancy Khedouri, a Jewish politician, writer and businesswoman from Bahrain, provided insight into the history of the Jewish community in the small Gulf state and its recent normalization agreement with Israel, signed in September. She spoke at a Nov. 29 Zoom talk organized by Canadian Friends of the Hebrew University and moderated by Ambassador Ido Aharoni.

A member of the National Assembly of Bahrain since 2010, Khedouri is also the author of From Our Beginnings to Present Day, a history of the Bahraini Jewish community, which started at the end of the 19th century.

“Bahrain was known as a place that always embraced people of various religious and cultural backgrounds. The Jews of Bahrain were always allowed to practise their religion freely,” said Khedouri, a third-generation Bahraini and descendant of Iraqi Jews.

The Jewish community in Bahrain totaled close to 2,000 people a century ago. From the 1940s through the 1960s, many Jews left the country on their own volition; they were never expelled, she pointed out. These days, their numbers are rather small, with roughly a half-dozen resident families, or about 40 individuals, covering all age groups. Most Jews living in Bahrain now came from Iraq.

“Overall, the Jewish people worked in various professions, tobacco, olive oil, electronics, some were in the record business – both my grandfathers were involved in the leasing of cinemas. Some of those here today work in the money exchange business. We have integrated very well in the texture of society. We are highly respected,” she said

One famous member of Bahrain’s Jewish community in the 1940s was a midwife known as Um-Jan, in Arabic, whose story influenced a popular 2020 Arabic television series Um Harun. When the community was larger it had a shochet (ritual slaughterer), and it still maintains a Jewish cemetery.

These days, Jewish traditions and festivals in Bahrain are taught and celebrated at home. Bahrain’s synagogue, located in country’s capital, Manama, is not presently in use. Established in the 1930s, the shul was funded by a Jewish pearl trader from France who wanted to create a place of worship for local Jews. At that time, he entrusted a community member with the responsibility of looking after the title deeds of the property. The synagogue is currently under renovation, and the hope is to have it reopen by Purim.

On the question of the tolerance shown towards Jews in Bahrain, Khedouri highlighted the “open-mindedness” of the ruling family and Islam, “a religion that teaches coexistence, peace and respect for one another. They have embraced the true values of being Muslim.” She pointed out that other religions live in peace in Bahrain: in addition to the synagogue, Bahrain houses churches and the only Hindu crematorium in the Gulf.

Aharoni remarked on the prominent role women seem to have in Bahraini society and public life. “Bahrain took pioneering steps to empower women. We have reached advanced stages,” said Khedouri. “We have had women as ministers and leading roles through the years.” Khedouri’s cousin, Houda Nonoo, served as Bahrain’s ambassador to the United States from 2008 to 2013.

Since the 1950s, women have joined the workforce and, since the 1960s, have started companies, said Khedouri. They joined the police force in the 1970s, she continued. And, now, Bahraini women constitute a high percentage of those employed as doctors. Nonetheless, there is still room for improvement, she said.

On the newly formed ties with Israel, Khedouri commented, “We must remember that Israel never posed a threat to the Gulf countries or the region. Seven decades of lost opportunity is a long time. Everyone met the new agreement with great excitement. We believe both countries will benefit. Israel will benefit by having a great trading partner.”

She expects joint collaborations in many aspects. There are opportunities, she said, in technology, in cinema, arts and tourism. In Manama, much preparation is underway for the arrival of Israeli tourists to the country. A number of hotels and supermarkets are offering kosher menus and products.

Khedouri lauded outgoing American president Donald Trump and his son-in-law and senior advisor Jared Kushner for being instrumental in bringing about a peaceful arrangement with Israel. Bahrain followed the United Arab Emirates in normalizing ties with Israel; afterwards, Sudan and, later, Morocco established deals with the Jewish state. These agreements collectively have been referred to as the Abraham Accords.

Bahrain’s political system is a constitutional monarchy with two legislative chambers. Its Council of Representatives is elected while its Consultative Council (or Shura Council), on which Khedouri sits, is appointed by the king.