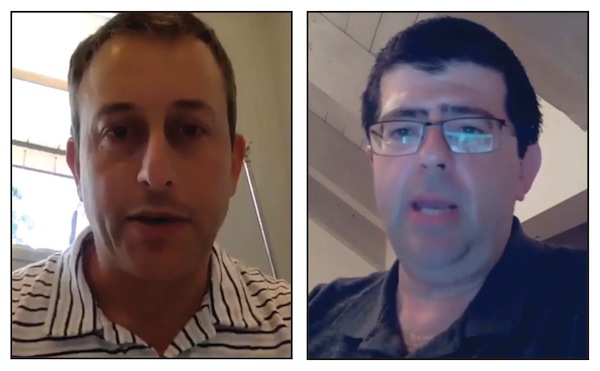 “It is important to remember that there are a lot of linkages,” said Fisman, a professor of epidemiology at the University of Toronto’s Dalla Lana School of Public Health and a physician at Michael Garron Hospital. Both climate change and viruses like COVID-19 share similar drivers, such as human population growth, environmental degradation and the need for expanded food production, he explained.

Rising temperatures around the globe create a more fertile breeding ground for infectious diseases and accelerate their evolution, he said. Furthermore, climate change is exacerbated by the tearing down of natural environments, which then brings humans in closer proximity to animal habitats – increasing the chances of diseases being passed on to humans from other species.

“We do have a lot of mouths to feed on the planet. Intensive factory farming has been a driver of some really important challenges in infectious diseases,” said Fisman.

It is crucial to act early, Fisman argued. “With climate change, there are different time scales than with the pandemic. You want to shut down the carbon increase way early. If we wait until we are in the soup, it comes with great cost,” he cautioned.

Trade and travel have been around throughout history, he acknowledged. The difference now, he said, is “turning the dial up on temperature, which makes everything worse.”

Moran-Gilad, chair of Israel’s national advisory committee for microbiology and member of the country’s epidemic management team, went through some of the possible ways to prevent the next pandemic.

“We are now all experts in flattening curves – as compared to four months ago – which shows how effectively we can disseminate information,” Moran-Gilad observed.

While not discounting the severity of COVID-19, he said it has not been the pandemic that people who study infectious diseases have been preparing for, one known in the scientific community as Disease X, which would cause a mortality rate of 10 to 30%.

“COVID-19, in this sense, can be viewed cautiously as a drill to the real thing,” Moran-Gilad said, adding that a pandemic of much greater magnitude “could occur in one year, 10 years or 100 years from now.”

About COVID-19, he admitted, “The dynamics of the disease are still not clear. Without a vaccine, we are going to see coronavirus with us for a couple of years.”

Moran-Gilad advocated for investments in scientific research in the area of pathogen discovery, to understand the viruses in animal hosts better, which, he said, could help prevent the global economy from experiencing the losses encountered this year. He recommended, as well, that further studies could examine whether human exposure had taken place before the outbreak emerged.

He warned, though, of the propensity of academic research in high-quality journals to stop printing papers on diseases once they recede from public consciousness. He said this happened with SARS and Ebola, and expressed hope that the legacy of COVID-19 would be a continuation of studies on the virus “or we will find ourselves unprepared for the next pandemic.”

Returning to the proverbial pachyderm in the room – climate change – the doctors did offer a glimmer of hope: action on the environment would bring with it a health dividend. Riding a bike instead of driving a car, for example, has health benefits and reduces emissions.

Extreme weather events also have a deleterious impact on health, and thus we would be acting in our own self-interest to address climate change, the scientists said. They noted that, in the Canadian response to COVID-19, all governments had to do was ask people to maintain a two-metre distance from one another and wear a mask in public, and people mostly did as instructed. The desire, then, would be that similar policy guidelines could be used to ward off environmental disasters.

In his closing remarks, Fisman praised the Japanese approach to fighting the pandemic by avoiding closed and crowded spaces. He also called into question the opening of bars in certain regions of Canada before opening schools. And he stood for an aggressive testing approach.

“There are vaccine candidates that look amazingly promising,” said Fisman. “It’s very hard to fly and land an airplane while we are building it. A positive outcome of the current pandemic would be if vaccine development could be done proactively.

“Our ultimate challenge as scientists,” he concluded, “is to show people what an alternative universe looks like and why it is important to take early and immediate action.”