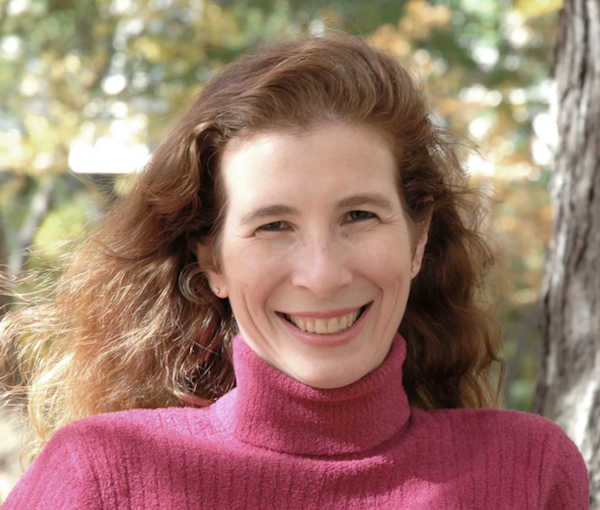 Alina Adams, author of The Nesting Dolls, spoke at a recent Zoom webinar organized by the Jewish Community Centre of Victoria. (photo from alinaadams.com)

New York City-based writer Alina Adams, author of the 2020 novel The Nesting Dolls – about three generations of Russian-Jewish women – spoke at a Jan. 27 Zoom webinar organized by the Jewish Community Centre of Victoria.

Adams began with her personal story. Born in the port city of Odessa, she spent the first seven years of her life in a communal apartment: a dwelling, including kitchen and bathroom, that was shared by two families.

“As I mention in The Nesting Dolls, these relationships were not always positive. My parents were lucky in that they got along well with the people they were assigned to share with,” said Adams.

In 1976, her parents decided to emigrate. Two years earlier, the United States had passed the Jackson-Vanik Amendment, which linked U.S. trade with the free movement of Jews and other groups in the Communist bloc.

“I like to say we were traded for wheat,” Adams quipped.

To those leaving the USSR, she said, “it was like stepping off the edge of the earth. You didn’t know where you were going, you didn’t know what life would be like when you were there, and you certainly knew you couldn’t come back.”

The family’s first stop was Vienna. From there, they took a bus to Rome, where they stayed for four months before traveling on to North America in January 1977, first to New York and then to San Francisco.

Adams recounted some of the reactions upon coming to America in the 1970s as a young child: for example, the surprise of watching a television screen in full colour. It was television, namely soap operas, that Adams later credited for helping her learn English.

The young immigrant started out in a Jewish day school, where the differences in various customs – her life in the new versus the old world – became very apparent. Parents in North America, she recalled, did not send their kids to school in the same dress every day; they used Band-Aids instead of green antiseptic to treat cuts; and, if their child had the sniffles, they did not place the child’s feet in hot water and then into socks filled with dried mustard.

Over time, Adams and her family got the hang of life in America. She graduated high school and college. All along, she knew she wanted to be a writer.

“My parents claim my first words were ‘pencil’ and ‘paper,’” said Adams. “And what’s the advice all writers get? Write about what you know. Well, what did I know? I knew about being a Soviet immigrant. I knew about living a culture that wasn’t mine.”

Publishers, at first, were not interested in those themes. Nonetheless, an editor at Avon Publishing did like her writing and contacted Adams, asking if she would write a Regency romance. This would become The Fictitious Marquis, a unique book in the Regency romance genre in that Jews are central characters.

Adams now has more than a dozen titles to her credit, including mysteries, books on figure skating (non-fiction) and other romances. 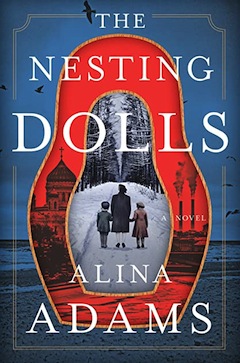 About four years ago, Adams’ literary agent told her that editors were becoming interested in Russia, and this led Adams to write The Nesting Dolls. The novel begins in the Soviet Union of the 1930s and ends in 21st-century, pre-pandemic Brighton Beach, in New York City. It focuses on the lives of three generations of Russian Jewish women in one family; the periods parallel those of Adams’ grandmother, mother and herself.

For Adams, it is the everyday events that are the most fascinating part of writing historical fiction. “Anyone can look up which date Nikita Khrushchev denounced Joseph Stalin, but it is the small details which make historical fiction compelling,” she said.

As an example, she pointed to a personal account she used in the novel. According to her mother, Adams did not want to be breastfed. This caused her mother to go to a doctor and ask him to write up a prescription for yogurt. “These are the little things, in this case how difficult it was to get regular foodstuffs in the Soviet Union, that bring a situation to life and show the reader what an era was like,” said Adams.

The novel was scheduled to be released in 2019 but was delayed to 2020, which, for Adams, turned out to be a blessing for the story’s timeline, in that she wasn’t finishing it during the pandemic. The last section of the book takes place in pre-pandemic Brooklyn in summer. “The things my characters do in the summer of 2019, they could not have done in the summer of 2020,” she said.

Adams lives in New York with her husband and their three children. She has written about her interracial, interfaith and intercultural family for Interfaith Family Magazine and the Forward, and has written columns and articles for dozens of publications.