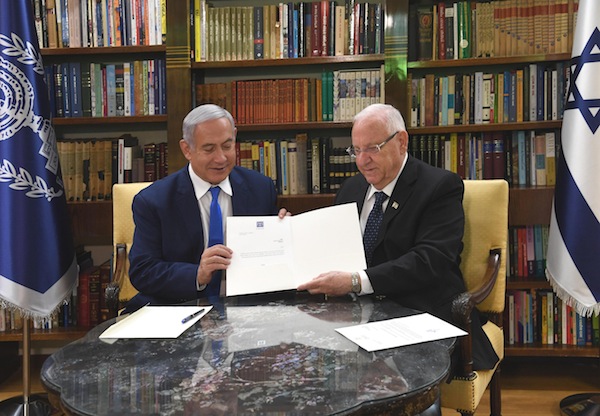 Prime Minister Binyamin Netanyahu met with President Reuven Rivlin May 13 to formally request an extension on forming the government. If Netanyahu is not able to form a majority coalition, then Rivlin would call on the head of the political party with the next highest number of votes to try and form a viable coalition government.