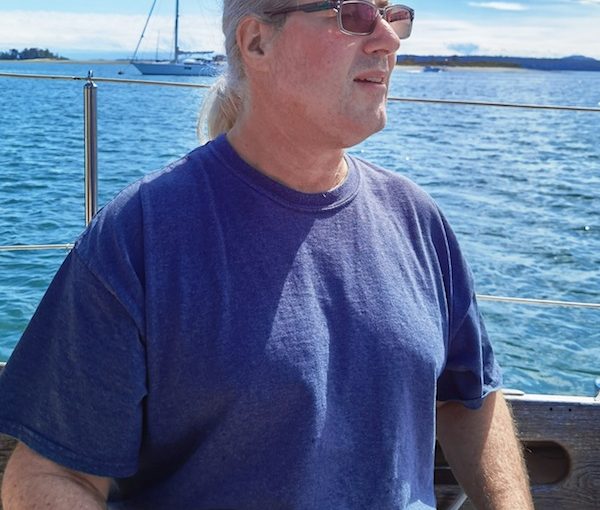 Philip Be’er, a counselor based in Sidney, B.C., 27 kilometres north of Victoria, has recently introduced virtual reality therapy consultations to anyone, anywhere, “as long as they have a good internet connection.” Sessions are held both in person, using a VR headset, and, if done remotely, a computer or smartphone.

VR therapy attempts to address a number of phobias, anxieties, addictive disorders and other mental health conditions. If someone were to have a fear of heights, for example, VR therapy, using the headset and software, could simulate a scene in which one enters a glass elevator in a skyscraper. As the elevator goes up – 10 floors, 25 floors, 100 floors – a therapist can help the client work with the various sensations and emotions that the simulation evokes in the client.

Be’er said that, when he first heard about VR therapy, he recognized its potential upon reflecting on how the human brain does not always accurately distinguish between real experience and visualized or imaginary experiences. If one goes through something that feels realistic, as it can with VR, the brain sometimes believes that the experience has happened, and this belief, Be’er claims, can be used for healing.

“The power of VR is that it inserts a person into something that feels quite realistic. We take them to a place that triggers the feeling that I am not safe without ever putting the person into danger,” he explained. “It feels unsafe but I am not unsafe, and all I have to do if I am feeling this lack of safety is take off the goggles, and I realize that I am sitting in a place where there is no actual danger.” 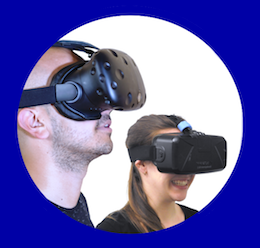 Advocates of VR therapy think it can provide a person the ability to remove themselves from the perception of danger and into safety. Further, that it can help address deleterious emotions as they arise.

“Using virtual reality, I can take people through situations and allow them to calm their nervous systems when they feel unsafe and yet are not really unsafe,” said Be’er. “This could be going into a subway and not feeling safe around the people there or, for a person with OCD [obsessive-compulsive disorder], feeling like they are going to die because there are germs and infections around, and they are constantly washing their hands. In these situations, virtual reality can help differentiate between what is really dangerous and what my nervous system is telling me is dangerous.”

According to Be’er, it is a matter of the nervous system recalibrating. Instead of being overwhelmed by danger signals, it eventually selects only those where there really is imminent danger.

Be’er shared an example of what he considered a successful virtual reality therapy case. It involved a client who had been struggling with severe issues around social anxiety and who coped by using alcohol to self-medicate. The person was so uncomfortable with others that they rarely left their room. Yet, there was one place they were able interact with others: virtual reality chat rooms.

“The thing that made it safer for my client was that they presented as a carrot, banana, dragon or whatever avatar they chose and nobody could really see who they were,” he said. “They could go and interact with people, and the worst thing that could happen was that avatar would be rejected if they made some kind of faux pas, if they did something that was socially unacceptable or in some way antagonized or turned the other person off. There was not that much to lose because, if something went wrong for them with this particular avatar, they would simply change their user name and avatar and then they could practise again.”

Be’er coached the client to develop some of their social skills using this visualized virtual world and that person was able to reduce their dependence on alcohol. Within a few weeks, the client was interacting in a sales position with people on an ongoing basis.

To be sure, because VR therapy is still in its early stages, there are unanswered questions about its future. In a 2018 Scientific American article, Albert “Skip” Rizzo, director of medical virtual reality at the University of Southern California’s Institute for Creative Technologies, commented, “The next biggest controversy [in] psychology is going to be: How far can we go with AI [artificial intelligence] and virtual therapists?”

And lest one think that machines will supplant real-life counselors any time soon, the BBC’s Science Focusmagazine notes, “VR therapy won’t replace human therapists, but it’s a powerful adjunct and access to it is going to grow.”

Local therapists to whom the Independent spoke also noted that VR could be a useful tool in treatment, but were cautious about its use as therapy in and of itself.

Be’er said he has been on a lifelong quest to understand the roots of family (and societal) dysfunction and to identify the most effective ways to bring about individual and collective healing. He works with individuals, families, businesses and organizations, offering regular workshops, seminars and an online course.

For more information on Be’er’s use of virtual reality therapy, visit b-loops.com/vr.