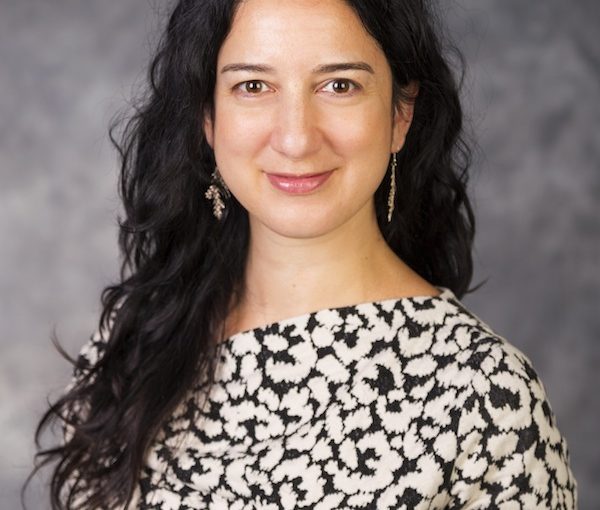 Hate in British Columbia, in Canada and globally is on the rise. In 2017, there were 255 police-reported hate crimes in British Columbia, an increase of 55% from just two years earlier. In 2018, Metro Vancouver had the highest rate of hate crimes reported to police in any of Canada’s three largest metropolitan areas, most based on the victim’s ethnicity or religion, with a smaller but significant number based on sexual orientation.

These alarming statistics, and others, provided a framework and urgency for an event Sept. 12 at Simon Fraser University’s Morris J. Wosk Centre for Dialogue in downtown Vancouver. The event, titled From Hate to Hope in a Digital Age, is envisioned as the inaugural annual Simces and Rabkin Family Dialogue on Human Rights.

Contextualizing the discussion, Shauna Sylvester, executive director of the Wosk Centre for Dialogue, cited the results of a report undertaken by her organization. These indicate that one in three Canadians believes Canadian-born citizens should have greater say in government than those born outside the country. One-quarter of Canadians say we have too many protections for minorities and one in four also believes we have too many protections for religious freedom.

Keynote speaker at the forum was Kasari Govender, in just her second week on the job as British Columbia’s human rights commissioner. She is the first to hold this role in the province since that office was closed in 2002.

“In my view, there is a strong connection between hateful speech and hateful violence, both on an individual and a systemic level,” she said, citing racist manifestoes sometimes posted online by perpetrators in advance of a mass killing. She said it is necessary to trace the path from speech to violence.

A common theme of recent mass murderers is anti-immigration sentiment, sometimes emphasizing the “purity of the nation, whether that nation is Canada, New Zealand, the U.S. or another,” she said, adding that many of the attacks around the world that have been linked to white nationalism correspond to discourse in mainstream political debates over immigration and public policy.

The worst antisemitic mass murder in United States history, the attack on Tree of Life synagogue in Pittsburgh in 2018, happened while U.S. President Donald Trump and others were promoting fears of the so-called “migrant caravan” coming from Central America. Part of that conversation, Govender said, “was somehow blaming the Jews for this migrant caravan, drawing a connection in the public discourse, and then there was the shooting.”

Online hate is a particular product of technologies that have emerged in recent decades, she said. “The anonymity, reach and immediacy afforded by the internet escalates the problem beyond what we’ve seen before,” she said. “The internet is a very effective tool for fomenting hate from belief to action, from hateful words to violent actions.”

While forcing social media platforms to police hate speech might be criticized as an infringement of free expression, she said, the opposite is true. Regulating platforms to shut down violent rhetoric actually improves access to freedom of expression for many, as people of colour, women and others are being silenced online by racism and misogyny, she said.

Participants at the Wosk Centre offered a wide range of perspectives.

“Legal [action] would be our last recourse against a hate group or a hate propagandist,” he noted, saying that their first response is to “try to hold somebody socially accountable.” That means, if the person is anonymous, exposing them. If the person is not anonymous, this might mean bringing their posts to the attention of their employers, family and friends.

“Those might provide checks on their behaviour,” he said, adding, “We’re not really trying to reform people here, we’re just trying to stop the spread of hate propaganda.”

For those who do not respond to social accountability, Balgord said, Canada’s laws are insufficient. Application of the Criminal Code’s section that deals with the wilful promotion of hate and distribution of hate propaganda is unwieldy.

“We did use to have a better recourse,” he said. “It was Section 13 of the Canadian Human Rights Act. It would allow a private individual to essentially file a complaint, which would be vetted by the Canadian Human Rights Commission and, if found credible, would go to the tribunal. They could order a cease-and-desist order against that individual and up to a $5,000 fine.” If, at that point, the individual failed to comply, they would be in contravention of a court order and could face jail.

“We really want to see something like Section 13 come back,” he said.

Several speakers agreed that social media platforms need to do more policing of hate speech. Some countries have laws that force social media companies to address hate material on their platforms within certain timeframes or face serious fines.

Social media platforms, Balgord said, may already be in contravention of Canada’s existing laws against discrimination in the provision of a commercial service, because women, people of colour, LGBTQ+ people and other members of targeted groups are exposed to abuse, harassment and death threats that could drive them off the platform.

Rabbi Dr. Laura Duhan-Kaplan, director of inter-religious studies at the Vancouver School of Theology, noted that government budgets are limited but that education can take place everywhere – and that everyone is an educator. Early childhood is crucial, she said.

“What children do together, the songs they sing, the books they read, all of that becomes the building blocks of the way they think,” she said. “All of us who interact with children have an opportunity to begin to teach values of respecting difference, helping others, nonviolence.… One week of summer camp with friends on a theme of diversity, peace, public service – these are experiences that stay with teens and we really, really bring them into young adulthood in a different way.”

A speaker from the audience, a counselor and educator, noted that inequality, including economic inequality and poverty, makes people susceptible to fear and that can become a foundation for hate.

Another speaker contended that there is, in effect, no such thing as race.

“I think it’s very problematic to use the term race as if it’s a reality,” he said. “There is such a thing as racism but not really race. If you look at the majority of anthropologists, geneticists and so on, they say that we have much, much more in common with each other [than differences].… Even using terms like black and white to refer to people reinforces racism. We never call people yellow anymore, because that’s racist. We need to come up with a new language that doesn’t emphasize unreal differences and that are respectful to everybody.”

Lorene Oikawa, president of the National Association of Japanese Canadians, contended that sharing one another’s stories is an effective means to education.

“People really don’t know the stories,” she said. “For sure, there are some people who do, but they don’t know the [extent of the] harm that was done and the intergenerational trauma.”

She applied lessons of the past to current events. “In 2019, Japanese-Americans, Japanese-Canadians are horrified by some of the hateful rhetoric we’re hearing [that] could be lifted from 1942,” she said. “If people knew their history, more people would be going, ‘Wait a minute. What we did back in 1942 was wrong. Why are we saying the same things about people from [other] countries, putting people in camps, separating families, separating children from their families?’ All that stuff happened to Japanese-Americans, Japanese-Canadians and it’s being repeated today.”

She added: “We feel it’s our duty that what happened to our community must never happen to another community again.”

Clint Curle, senior advisor to the president of the Canadian Museum for Human Rights, agreed that education is pivotal.

“Is there a lesson, an experience, we can give children especially that will make them resistant to hate speech and resistant to hateful violence?” asked Curle. He compared hatred to a communicable disease.

“If this was polio, what would we do? If this was polio, we would do what we did, which is vaccinate. The way vaccinations work is you get children and you give them just enough of something close to the disease [so] that they develop an internal resistance to it, so, when they encounter the disease, there is something within them that says, no. So, when they encounter hate, they’ll know.”

With more than 1.5 million visitors to the museum since it opened five years ago, Curle said what resonates, especially with young people, is exactly what Oikawa suggested.

“The thing that seems to work best is storytelling across social boundaries,” he said.

Zena Simces, a health and social service policy consultant and a former Pacific region chair of the now-defunct Canadian Jewish Congress, conceived of the annual event with her husband, Dr. Simon Rabkin.

“We felt that we wanted to enhance an understanding of human rights in our community and to create an opportunity for dialogue on human rights issues,” Simces said. “Our aim is to select current and relevant themes each year and to invite experts and community leaders and community members to advance and generate positive action.”

Rabkin, a cardiologist, professor of medicine at the University of British Columbia and president of the medical staff at Vancouver General Hospital, added: “The dialogue this evening … is seeking to enhance our understanding and knowledge of how this increase in hate and its consequences can be addressed from legal, social media and community perspectives.”