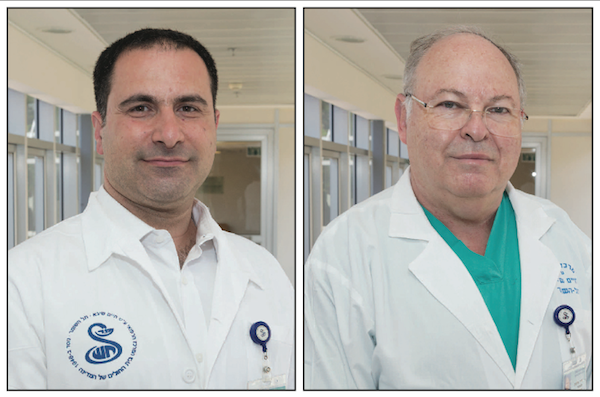 Sheba Medical Centre in Israel and Canada’s Toronto General Hospital are collaborating to advance the field of lung transplantation in Israel and to enhance medical education in both countries.

In the last year, Sheba’s Institute of Pulmonary Medicine has established a new lung transplant program, headed jointly by Dr. Liran Levy – who, in 2019, completed four years of clinical, research and surgical training at Toronto General – together with surgeon Dr. Milton Saute, an expert in lung transplantation. According to Sheba’s head of pulmonary medicine, Dr. Amir Onn, collaboration with Toronto General will “put Sheba on the map of lung transplantation,” due, in large part, to revolutionary technology that can increase the number of donor lungs by almost 50%.

Toronto General is renowned for having performed the world’s first successful lung transplant, in 1983. They have since expanded their lung transplantation program, both clinically and in terms of research. One of the most groundbreaking discoveries was made in 2013 by Dr. Marcelo Cypel, a staff thoracic surgeon at Toronto General and director of their ECLS (extracorporeal life-support) program. This technique, said Cypel, “effected a change in paradigm for how we do lung transplants.”

The innovation, called ex vivo lung prefusion (EVLP), doubles the amount of time that the donor lungs can remain outside of the body. “Previously, donor lungs could be kept for only six to eight hours,” Cypel explained. “Patients had to uproot their lives to live near a transplant centre, and staff had to race against the clock to transfer the organ from the donor to the recipient, often forced to perform the complex surgery in the middle of the night.”

The valuable hours gained don’t just optimize the logistics of the operation, they actually allow for recovery of the organ itself.

“As a rule, over 80% of donor lungs are unsuitable for lung transplantation, due to poor functioning, infection, blood clots or injury,” said Cypel. By pumping a solution of oxygen, proteins and nutrients into the injured donor lungs, the EVLP system enables injured cells to heal themselves, or to be prepared for more sophisticated repair techniques. “The method doubled the number of lung transplants performed in Toronto in the last seven years,” he said.

With the help of Toronto General, Saute estimated that the EVLP program will become operational at Sheba by the middle of 2021. “We anticipate that [EVLP] will make a huge impact and significantly increase the pool of donors for lung transplantation in Israel, especially now, during COVID, with donors reduced by more than 50%,” he said.

According to Cypel, some of the reasons for the reduction in donor lungs during the pandemic include deaths that occur at home, due to reluctance of patients to seek hospital care, and the fewer car accidents (whose victims supply donor lungs) that occur while populations are in lockdown.

Collaboration will encompass clinical care, as well, including consultations regarding challenging patients, as well an exchange of trainees, in both directions. “We hope to send members of our team to Sheba to learn from their unique expertise,” Cypel said.

Onn added that COVID-19 has created new potential candidates for lung transplant. He is currently treating patients in Sheba’s designated post-COVID clinic who present with an unusual combination of symptoms – shortness of breath, chest pain and forgetfulness. Some, he said, have sustained irrevocable damage to the lungs.

A growing population of “COVID-19 survivors,” are being referred to the lung transplant centre. “We are in the process of identifying those who may be potential transplant cases,” said Levy.

Levy remarked that he is looking forward to working with his former colleagues and mentors from Toronto General. Looking back on his years spent in Canada with his wife and four children, he admitted that it was hard to leave. “The Jewish community made us feel very much at home, and we still miss Toronto,” he said. “But I think we have a very important mission here in Israel.”

When the teams from both hospitals met one year ago to discuss collaboration, Cypel and Saute were delighted to discover that they both hail from the same city in southern Brazil. “Although we didn’t meet in Brazil, Dr. Saute told me that he knew my grandparents quite well, and that was very emotional for me,” Cypel shared. Saute added that they both had the same mentor in thoracic surgery and, thus, “We have the same ideas.”

The scope of research and complexity of cases at Toronto General have made it a national and international source for discovery, education and patient care. Sheba Medical Centre, home to the ARC Innovation Centre, and where 25% of all clinical research in Israel takes place, has likewise distinguished itself in patient care, particularly in the era of COVID-19. Patients in both countries, and worldwide, can look forward to the fruits of this collaboration.