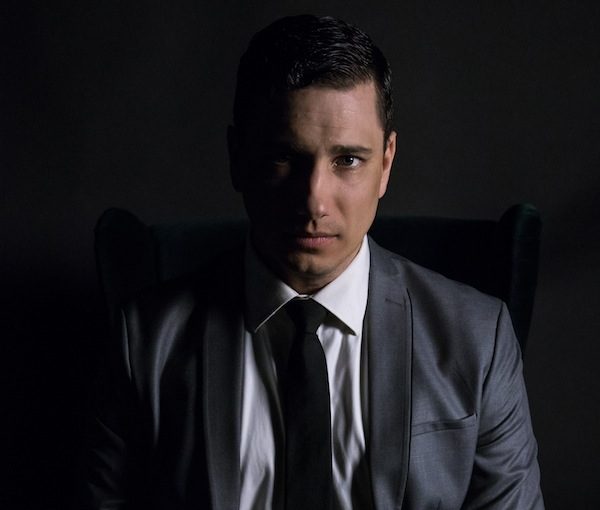 For his 35th birthday, Robert (Bobby), a bachelor, has invited a group of his married friends over to celebrate. And, married or not, you can be a part of Bobby’s party by attending Raincity Theatre’s production of Company, which runs Oct. 11-26 at “Bobby’s Apartment,” 2531 Ontario St.

The immersive production of Stephen Sondheim’s Company is being produced by the same creative team that was behind last fall’s award-winning immersive production of Sweeney Todd: The Demon Barber of Fleet Street. Co-producers are Chris Adams (director), Nicol Spinola (choreographer) and Jewish community member Kat Palmer. Also part of the Company creative team was researcher Michael Groberman. And there are other Jewish connections.

“It is only notated in the script that Paul, Amy’s fiancé, is Jewish,” Adams told the Independent. “However, it is mentioned that half of Amy’s friends are Jewish, meaning a few other characters probably are, too – most notably, Larry, played by Jewish community member Warren Kimmel.”

“Larry is extremely wealthy and successful,” said Kimmel. “He is probably the oldest character in the play. His parents split when he was a child but he is fascinated by his wife and very happily married.”

Just now old enough to play the character, Kimmel quipped, “I intend to make him look younger than his real age.”

“This piece is all about commitment and partnership and marriage,” said Kimmel. “It was written not long after the pill was invented, which, along with other cultural changes, threw into question traditional ideas around marriage, monogamy and the way men and women in society commit to each other.”

He added, “As is usually the case, Sondheim and his collaborators have created perhaps the most incisive examination of these issues and so they resonate even today. Every song is so specific and true to life that everyone can identify and, if you haven’t had these exact thoughts yourself, you will definitely have a friend or family member who is in just such a situation. Add to that the incredible music and one hell of a cast and what you have from Raincity is another ‘must see’ piece of theatre.”

As for Raincity’s choice to produce Company, Adams said, “Oftentimes, as it goes with equity collectives, it is a group of people who find a great show and want to see it produced. In this case, not only did I know the show was great, I knew we had Jonathan Winsby to play Bobby. Having worked with Jonathan on last year’s Sweeney Todd, I knew he was more than up for the challenge of this role and I knew it was on his bucket list to play. Sondheim is popular with actor/singers because it is difficult. People want to sing it and audiences seem to want to hear it. We are blessed as well that Company comes with such a strong book and brilliant songs.”

As with Sweeney Todd, the audience will be in the thick of things, specifically, in the midst of Bobby’s birthday party. “We have a bar set up to sell drinks, you can purchase birthday cake or come early and play a song on the piano – everything a fun 1969 birthday party should have,” said Adams. “The audience will grab their purchased seating – you can buy a pillow/floor seat, a couch, a chair or a bar stool – and cozy up to enjoy the show. While there is, obviously, no audience participation, they will feel very much included in the festivities and witness this brilliant journey of a man struggling through his 35th year.”

There is limited seating at the party, however, and Adams said the run is already more than 80% sold out. “If anyone is wanting tickets,” he said, “I’d suggest they don’t wait.”