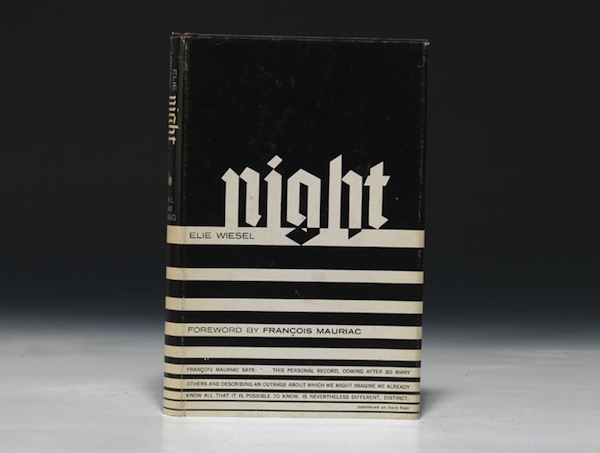 A gift of Elie Wiesel’s Night was among the forces that influenced Madeleine Schwarz’s career path.

Madeleine Schwarz is one of the kindest people I’ve ever met. Not the kind you would expect to build much of her career prosecuting or aiding in the prosecution of war criminals around the world, including the Nazi war criminal known as the “Beast of Bolzano,” who was living on Commercial Drive in Vancouver.

Now based in Toronto, working with the Refugee Board of Canada, Schwarz spoke with the Jewish Independent about a few of her accomplishments.

Raised Catholic, Schwarz was one of seven kids on the block who frequented our house in Vancouver back in the 1960s and early ’70s. Little did we know that she would soon be making history.

She told the Independent that her passion for international criminal law began when she was a teenager and learned about the genocide of the Jewish people.

My parents, Joyce and Bernie Freeman, helped her along her journey by giving her Night by Elie Wiesel, an account of his terrifying time in Auschwitz.

“Your house was very much an introduction to Judaism,” she said. “Yours was a very open, friendly Jewish family. I recall coming to your house for Shabbat dinner in my convent school uniform.”

While studying international relations at the University of British Columbia, Schwarz had a number of Chilean friends who had family members in camps under the dictator Augusto Pinochet. That was her “introduction” to contemporary war crimes and crimes against humanity.

In 1994, Schwarz graduated with her bachelor of laws at Dalhousie University. In 2003, she obtained her master of laws at the University of Ottawa, specializing in international criminal law.

Her first job involving war crimes was at the Canadian Department of Justice. From 1999 to 2005, she worked closely with RCMP officers on investigations into crimes against humanity, war crimes and genocide in Ukraine, Belarus, Italy and Rwanda.

When Italy found Michael Siefert, a former S.S. guard at a transit camp in Bolzano, guilty in absentia of 11 murders during the Holocaust, Schwarz put together the case to revoke his Canadian citizenship. She interviewed many people in Italy, including former resistance fighters who had witnessed his crimes.

One of the documents Schwarz saw during the investigation made the Holocaust all so terribly real.

“I remember that we had an invoice confirming the transfer of a number of people to Auschwitz. That was one of the most horrific pieces of evidence I’ve ever seen.”

In 2003, as a result of her work and that of the legal teams who came afterwards, the B.C. Supreme Court ordered Siefert’s extradition and, in 2007, the Federal Court upheld a decision to strip him of his Canadian citizenship. In 2008, Siefert, aged 83, was sent back to Italy. His residence in Vancouver as a free man for more than 50 years was over.

During her time with the Department of Justice, Schwarz interviewed many victims and witnesses of war crimes. She said that, even when, after 15 minutes, she knew that she couldn’t use their story, she would sit there and listen for the whole two hours.

“When I’ve asked someone to tell me their story,” she said, “it’s incumbent on me to listen.… I might be the only person they will be able to tell their story to [in their lifetime].”

From 2006 to 2010, Schwarz lived in Tanzania, where she was one of the trial attorneys on the largest multi-accused trial for the United Nations International Criminal Tribunal for Rwanda. Part of her work there was interviewing perpetrators of the genocide in the Butare prefecture.

She confided that this part of her job was very hard on her. “I remember interviewing three suspects alleged to have committed genocide in a row. I told my colleague – I need a break before I can talk to the fourth man.”

When it came to the trial, Schwarz and her team secured convictions of all six accused, including the first woman charged with ordering rape as a war crime.

“I think, as a lawyer and particularly a prosecutor, you are assessing the evidence and being critical. You have to be pretty surgical about it,” said Schwarz.

A few years later, at a UN conference, a co-presenter from Butare approached her and told her that his entire family had been wiped out by the genocide there. “And he said thank you very much for your work. And I practically burst into tears because I felt humbled that somebody would say that … it was not something I felt I should be thanked for, nor any of us should be thanked for because it shouldn’t have happened in the first place.”

As a commissioner looking into the killings in Les Cayes prison in Haiti during 2010, Schwarz led an international team and supervised the final report with recommendations on future prosecutions, penal reform, justice reform and police training.

Schwarz was in Kenya in 2013, working as the human rights and justice advisor to the UN Special Envoy in the Great Lakes region of Africa, a region encompassing 13 countries, including the Democratic Republic of the Congo, Rwanda, Uganda and Burundi. With a team of experts, she collaborated with myriad different organizations to create strong networks of people who would work together to promote better communication, peace and understanding in the region.

“There are so many layers that need to be addressed if you are ever going to deal with root causes of conflict, that range from ensuring people have access to clean water, food, lodging and education, to building trust and confidence among the leaders and civil society, to advocating for accountability for past crimes…. It takes a lot of time,” she said.

From 2016 to 2019, Schwarz worked as a trial lawyer and deputy team leader at the International Criminal Court in The Hague. It was there that she prepared arrest warrants for individuals alleged to have committed crimes in Libya since 2011.

Despite seeing the very worst of humanity, Schwarz still has hope for the human race. “I’ve seen some pretty horrible things,” she acknowledged. “I’ve also seen people who do tremendous things to try and make change or try and help people.”

And she had this to say about the International Criminal Court.

“I think that investigations and prosecutions of individuals for war crimes, crimes against humanity and genocide are incredibly important,” said Schwarz. “I wouldn’t necessarily say we’re always getting the complete truth and I do not think we always get it right. However, I do think we get some truth and some accountability that is important for victims, as well as for countries moving out of conflict. I think that is important. And it’s a different way of telling the story than a novelist or historian.”

Cassandra Freeman is a freelance writer living in Vancouver. During the early 1980s, she was part of the Jewish student movement that called for the extradition of Nazi war criminals living in Canada.