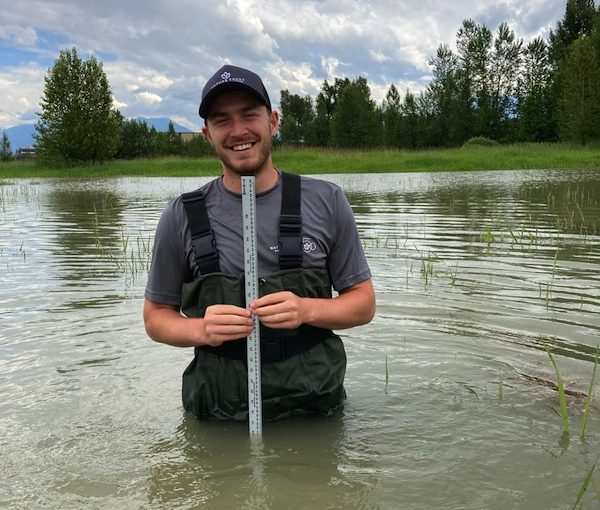 Born in the United Kingdom, Jack Scher grew up in the south of France from the age of 6 till he was 13, far away from any Jewish community. Now, he is surrounded by community – and living like a local, while studying in Israel with Masa Israel Journey.

After moving to Vancouver, Scher attended St. George’s and received an athletic scholarship to play rugby. Following high school, he followed a traditional British path by taking a gap year, and went on to play rugby in New Zealand. While there, he went on a Canadian delegation Birthright trip to Israel.

“That was the first time I saw with my own eyes the soldiers and Yad Vashem, and it was also the first time where 30 other Jews from Canada surrounded me,” he recalled. “To meet young Jews from Vancouver, Montreal and Toronto; it was unbelievable.”

It was then that he knew he wanted to return to Israel and live there.

Last year, when he was in his final stretch of a bachelor of arts at the University of British Columbia, Scher shortlisted top schools for master’s programs in England, Canada and the United States. Then, his father, a board member at Congregation Schara Tzedeck, read about Masa opportunities in a synagogue eblast.

Upon hearing about Masa Israel Journey – a joint initiative of the Israeli government and the Jewish Agency that aims to cultivate Jewish connectedness through long-term, immersive programs in Israel – the rugby player registered to study abroad at Tel Aviv University.

Scher’s life story is a unique one. However, his Masa Israel Journey experience is similar to that of thousands: taking the risk of a new opportunity and growing both personally and professionally while connecting to Jewish identity and Israel.

In the short time that Scher has been in Israel, he has connected to a community and already feels like he belongs. “I’m not just studying,” he said. ‘Through Masa, I get to attend social events and see Israel in a real way. I am living here like a local.

“The Porter School is where I have my environmental studies [classes], and the building is a world-class building in terms of sustainability…. It is the first building that is LEED certified in Israel,” he continued. “The entrance to the building is facing west, the wind comes off the sea and goes through the building. The shape is cool, the air comes in where the building is wider, and then the air spins and goes up. The building thins as it goes up, which means that the building does not require air conditioning or light[ing] because of the windows. All the pipes are facing the sun and get heated that way, and that is how the building receives heat as well. There is a rooftop garden and patio.”

The message Scher wants to impart to his peers is this: take the risk, inquire about your options, including Masa, which offers a range of programs lasting from a few months to a year – volunteering, studying, career development and teaching.

Follow @masacanada for a weekly dose of what life is like on the ground in Israel for Canadians.