I hope this letter finds you well, and that you are finding ways to cope with the new reality that COVID-19 has brought on all of us so suddenly. I’ll admit to moments of struggle in maintaining a positive outlook but, mostly, I am determined that, together, we will get through this crisis and return to some variation of normalcy.

For more than 20 years, I have owned and published the Jewish Independent, which started its life as the Jewish Western Bulletin in 1930. For nine decades, the paper has recorded our community’s stories, as well as news and commentary about the wider world. We have reported on the ordinary and the extraordinary, fleeting trends and paradigm shifts. We have covered happy and sad occasions, and promoted the work and activities of countless individuals and organizations. Past issues of the paper comprise a distinctive archive of our community in this place over time.

I am determined to continue this vital calling. Ensuring continuity and the thriving of Jewish life here in Canada and worldwide is no less urgent or relevant than it was in 1930. These are difficult times for many people, organizations and businesses and, among the many closures in recent days, the Canadian Jewish News ceased publication and Winnipeg’s Jewish Post & News suspended its print version indefinitely.

I firmly believe that the Jewish Independent is one of our community’s invaluable resources and that we have an important role to play during the pandemic, both in keeping the community up to date on one another’s events, initiatives and well-being, as well as offering some respite from the at-times overwhelming bad news.

For years, this publication has been a labour of love for me and a dedicated staff of a few employees and a cadre of freelance writers. As we face the coming weeks or months of increasingly dismal advertising revenues, I am making an unprecedented appeal for support from you, our readers.

I am proud to produce independent Jewish journalism that has been recognized internationally by scores of awards and accolades. I am proud that, on a very modest budget, we have managed to produce a regular publication that informs, inspires, engages, exasperates, amuses, entertains, provokes and reflects in ways that unite Jewish British Columbians across all religious, cultural, political and social divides.

You subscribe to this paper or pick it up for free at a local depot, I hope, because you see the value in this, which is why I am asking for your help through this deeply challenging time. Please consider supporting the paper through one or more of the following actions:

You can subscribe or contribute online at jewishindependent.ca/support-the-ji via PayPal, by making an etransfer to [email protected] or by calling the office at 604-689-1520.

On behalf of the staff and freelancers of the Jewish Independent, thank you to everyone who has reached out and helped the JI over the years, including recent weeks, and to all of you for taking the time to consider these words. Please stay safe and healthy. 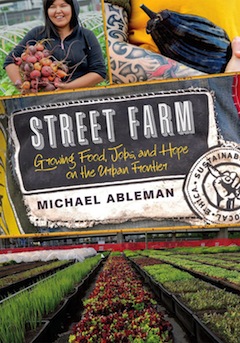