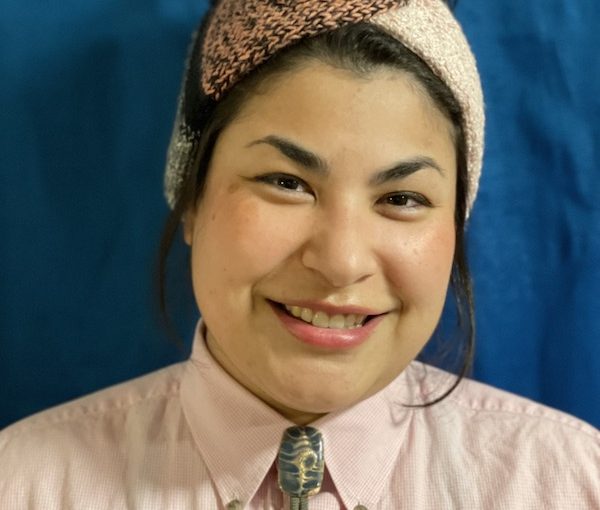 Carmel Tanaka has many diverse community projects on the go. (photo by Heather McCain)

Tanaka, who founded and helms Vancouver’s JQT (pronounced J-Cutie), a nonprofit that advocates for the Jewish queer and trans community through dialogue and education, began her presentation by discussing her Jewish and Japanese heritage and the generational impact of both the Holocaust and the Japanese internment camps in Canada.

She introduced her family through numerous photographs going back two generations; her mother is a first-generation Ashkenazi Jewish Israeli from Haifa and her father is a third-generation Japanese Canadian.

Though she had an opportunity to meet three of her grandparents, they all passed away when she was relatively young. “I was definitely at an age when I was not nearly old enough to ask them the questions that I would desperately want to ask them now, particularly what they went through in the Holocaust, and Japanese Canadian internment,” Tanaka said. “The traumas of those two periods have greatly affected my family and informed the social justice work that I do.”

Fast-forwarding to December 2020, the screen shifted to the scene around the table during her father’s 75th birthday party. On what she described as a “completely normal to me” dining room table were doriyaki (Japanese steamed, sweet-filled pancakes), Jewish coffee cake, Japanese tea and Chanukah candles.

“Perhaps many of the tables in the local community have a similar melding of traditions as well,” she mused.

The offspring of two gifted cooks, Tanaka became a foodie in her own right. Many of her recipes – these include miso maple steelhead trout for Rosh Hashanah and matcha cheesecake for Shavuot – can be found on the internet, on such sites as My Jewish Learning.

With her recipes available online, many people of mixed Jewish and Japanese descent from around the world have reached out to Tanaka, making her realize that the global Jewpanese community is larger than she first thought it was.

Tanaka segued to the importance of names, and how her name differs depending on which group she may be addressing. For example, she uses Carmel in Jewish settings and Aya in Japanese setting because the name Carmel can be difficult to pronounce for Japanese speakers.

She then discussed JQT, which dedicates itself to creating connections and seeking space to celebrate the intersectional identities of Jews of all ages, diverse sexual orientations, as well as gender and sex identities, by “queering” Jewish space and “Jewifying” queer space.

One of the ways she queers Jewish space is through food. A pre-pandemic photo featured her selling community-donated rainbow challot glazed with apricot jam and rainbow sprinkled hamantashen at the Jewish Community Centre of Greater Vancouver.

JQT is also a partner organization of a project called Prism, a North American initiative that brings together Jewish artists of colour and is a place where, Tanaka said, she can celebrate all of her identities.

Another JQT venture is the B.C. Jewish Queer and Trans Oral Project, a collection of oral histories conducted in partnership with the Jewish Museum and Archives of British Columbia, and the first project of its kind in the province. Its objective is to make the archives more complete by providing the stories of older queer and trans members of the community. The first phase of the project was to conduct the interviews from May 2020 to July 2021. The second phase, now underway, is to use the material for a public online exhibit to give a voice to “a marginalized community within a marginalized community.”

Lastly, and fitting for the time of year, Tanaka spoke about JQT’s Hanukkah Hotties initiative, a daily set of Facebook livestreams throughout the holiday, in which a different guest lights their chanukiyah or shares another tradition. Guests chat about their life, art, activism and intersecting Jewish, queer, trans identities for the duration of the candles’ burning. This year’s lineup included, among others, Karen Newmoon, an Indigenous Jew-ish farmer; the Klezbians, “a band of unruly, chutzpah-licious musicians from the Isle of Klezbos”; and the Empress Mizrahi, a nonbinary/queer Persian Jewish Instagram content creator and activist in Los Angeles.

The pandemic has clearly not slowed Tanaka down by any means. She continues to be involved in another group she founded, Genocide Prevention BC, a cross-cultural collective of provincial representatives committed to the prevention of genocide and crimes against humanity.

She also works on her initiative, the Cross Cultural Walking Tours, a grassroots endeavour celebrating the multicultural history of Vancouver’s Downtown Eastside. These tours build awareness of the contributions of early immigrant communities and take place in May, which, in Canada, is both Asian Heritage Month and Jewish Heritage Month.

Tanaka, who once served as Hillel director at the University of Victoria, was recently named one of seven LGBTQ+ Jews of Colour You Should Know by Be’chol Lashon, a group that gives voice to cultural diversity in the Jewish community. She was also one of four local leaders featured in the article “The Push for Progress,” which was in the Fall/Winter 2021 issue of BCAA magazine.

Tanaka sees herself as well positioned to bring communities together. “As a mixed-race person, I have felt what it’s like to not be fully accepted by my own community. The art of bridging communities and bringing people together is my humble craft,” she said.

On Dec. 19, 6 p.m., Tanaka will take part in a discussion with Sara Yacobi-Harris from the Toronto-based group No Silence On Race, hosted by Victoria’s Temple Emanu-El, called Let’s Talk About Diversity, Equity and Belonging in the Victoria Jewish Community. For more information, visit congregationemanuelnews.wordpress.com/2021/11.

As for Kolot Mayim’s Building Bridges series, Rivka Campbell, co-founder of the organization Jews of Colour Canada, is the next speaker. On Jan. 9, Campbell will talk on the topic Harmony in a Divided Identity: A Minority within a Minority. To register, visit kolotmayimreformtemple.com. 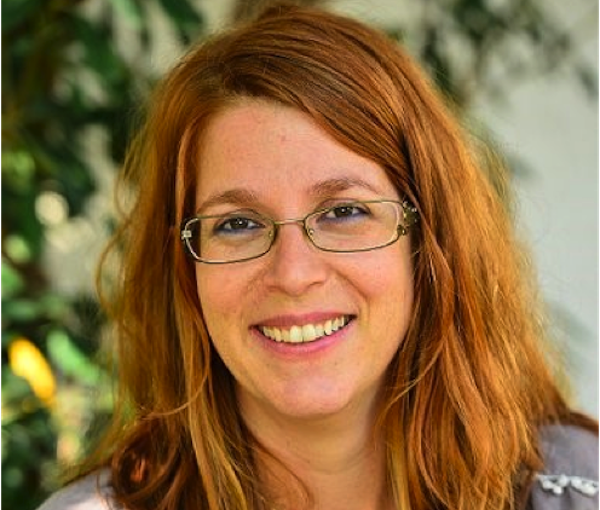 The Nov. 7, 11 a.m., lecture on Zoom kicks off a six-part series of talks called Building Bridges: Celebrating Diversity in Jewish Life. The community is invited to listen and learn from Indigenous, Black, Asian, feminist and differently-gendered and differently-abled advocates who are working to make our world a better place.

As a people who have experienced the devastating impact of antisemitism and hatred, Judaism commits us to the responsibility of tikkun olam (repairing our world). In that spirit, Kolot Mayim’s series of speakers will lead attendees on a journey to deepen their understanding of these contemporary issues and how they can support those who do not feel included.

Kolot Mayim’s Rabbi Lynn Greenough describes the series as “an opportunity to build bridges – bridges that enable us to link to what is and what can be, to step beyond our own particular experiences.” The Hebrew word for bridge is gesher, she explained, pointing to the song, “Kol Ha’Olam Kulo,” “the whole world is a very narrow bridge; the important thing is not to be afraid.”

In the series opener, Caine will explore how, throughout the millennia, rabbinic tradition, and especially written tradition, was composed from within a man-focused and -experienced perspective. Now, after around half a century of ordaining women, there is a growing corpus of documented writing flowing from within woman’s experiences and interpretations of Torah and life. In her talk, Caine will read a few Torah commentaries written by (women) rabbis from North America and Israel, as examples of weaving together rabbinic and women’s experience into something new.

Born and raised in Jerusalem, Caine graduated Hebrew University with a master’s in contemporary Judaism and received her rabbinic ordination at the Hebrew Union College-Jewish Institute of Religion’s Israeli program in 2011. Her rabbinic thesis explored liturgical, spiritual and ceremonial aspects of birth in Jewish tradition and contemporary practice.

Stemming from that, as well as her years as a volunteer at a rape crisis centre, Caine is one of the founders of the Israeli rabbinic women’s group B’not Dinah, creating a female and feminist rabbinic tradition of healing after sexual trauma. She now serves as rabbi at Temple Beth Ora and her Building Bridges talk is co-sponsored with her shul.

Kolot Mayim has been active for 20 years and this is the fourth year that the synagogue is offering this speaker series. Talks are free and held on the scheduled Sundays from 11 a.m. to 12:15 p.m. PST. To register, visit kolotmayimreformtemple.com.