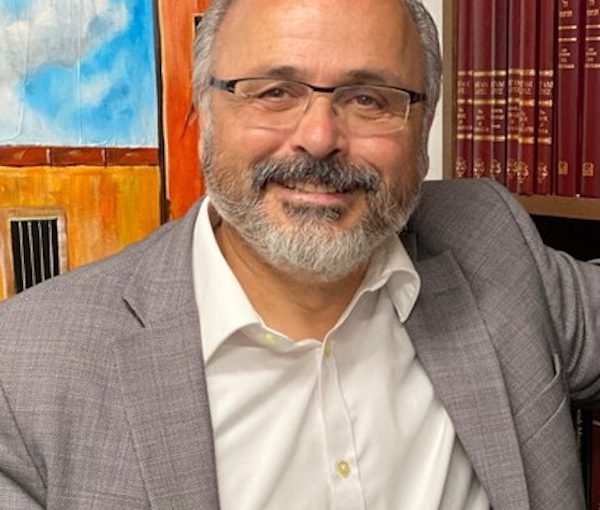 “To repair the often-shattered world, I cannot think of a better way than to give a voice to those less heard,” said Reverend Hazan Daniel Benlolo, leader of the Montreal Shira Choir, a vocal ensemble comprised exclusively of people with physical and intellectual challenges.

Benlolo was speaking at a Feb. 13 lecture co-hosted by Montreal’s Spanish and Portuguese Synagogue and Victoria’s Kolot Mayim Reform Temple during Jewish Disability Awareness and Inclusion Month, or JDAIM.

Born in Morocco, Benlolo settled with his family in Canada in the 1970s and became the cantor of Montreal’s Spanish and Portuguese Synagogue at the age of 17. He is also a rabbi and an artist who, among other things, designs ketubot (Jewish marriage contracts). Despite his many hats, Benlolo’s true passion, as evidenced throughout his talk, is to provide a stage for those who have seldom been listened to, accepted or appreciated in the community.

While working in Ottawa in 2002, he helped lead the Tamir Neshama Choir, which toured throughout Canada, the United States and Israel.

“It really inspired me and opened my eyes to a new life that I never explored before. To be able to spend time with people of special abilities made my life that much better in so many different ways,” Benlolo said of his Ottawa experience, for which he received a Governor General’s Caring Canadian Award in 2013.

The move back to Montreal came a few years ago. There, Benlolo and his wife Muriel Suissa founded the Shira Choir in 2019, with the assistance of Federation CJA and the Jewish Community Foundation of Montreal. The choir, made up of singers from many cultural backgrounds, performs a wide range of music, from liturgical to Broadway and pop.

Not long after the choir’s formation, the pandemic struck in early 2020. Nevertheless, Benlolo has managed to keep the music playing through Zoom rehearsals and socially distanced visits with choir members.

Benlolo stressed that, too often, people with special needs come in and out of our lives, without our taking the time to engage with them. His simple request to the Zoom audience was “to take the time,” as “it could make a world of difference.”

“They teach me more than I could ever teach them,” is the view Benlolo expresses regularly, saying there is no way to place a value on these relationships.

He emphasized the importance of not patronizing anyone in the choir. That is, audiences should give them a standing ovation only because members of the choir deserved one for the quality of their singing, not for the act of performing itself.

“They have hopes and aspirations. Some are going to fulfil them, some are not,” asserted Benlolo.

The future for the choir, he declared, is to continue to spread love, positivity, inclusion and the sense of community, but not tolerance, a word to which he has a particular aversion. “I don’t want to tolerate you, I want to love you. I want to count you in the community as a full member,” he said.

“We want to continue building from here,” he added. “It can only come to fruition if everyone puts in some effort. Just a little bit of an effort, the results will be so satisfactory, both for the individual and the community, [and] we will learn some new things, we will learn a way of life, that for so long has been hidden.”

Benlolo’s talk covered the recently premièred documentary Just As I Am, which can be viewed on CBC Gem (gem.cbc.ca/media/absolutely-canadian/s21e26). The film, a profile of the adults with special needs in the choir, explores the universal language of music and its ability to transform lives.

In his concluding remarks, Benlolo urged the audience to not look upon those who are differently abled as “different” in a pejorative sense. “Different is great,” he said. “Different is beautiful. There is so much untapped talent out there that I am always in search of these people who are hidden gems.”

The Spanish and Portuguese Synagogue in Montreal is the oldest in Canada, tracing its history back to 1760, when the first Jewish settlers arrived in Quebec, making it as old as the province itself.

Now in its 14th year, JDAIM is a unified effort among Jewish organizations and communities throughout the world to build awareness and foster inclusion of people with disabilities and those who love them.

Benlolo’s presentation was the fifth in Kolot Mayim’s six-part series on the theme of Building Bridges: Celebrating Diversity in Jewish Life. The final session in the series features Indigenous artist Patricia June Vickers and Rabbi Adam Cutler of Adath Israel Congregation in Toronto, which is co-sponsoring the event. The topic on March 20, 11 a.m., is An Indigenous and Jewish Dialogue on Truth and Reconciliation. To register, visit kolotmayimreformtemple.com.