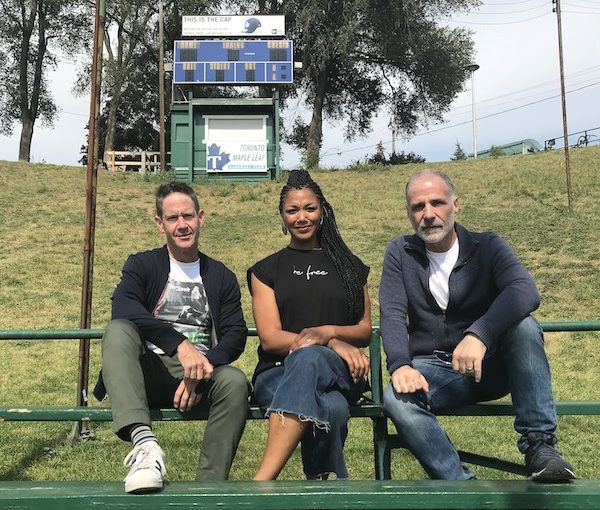 Left to right: Drew Carnwath, Measha Brueggergosman and Sam Rosenthal are the main creatives behind the podcast The Christie Pits Riot. (photo by John Ebata)

On Aug. 16, 1933, Toronto experienced what is viewed as one of the worst race riots in Canadian history. Earlier this fall, the Hogtown Collective, an immersive theatre company, released a four-part podcast that recreates the events of that summer evening 88 years ago.

The eponymously named podcast, The Christie Pits Riot, is seen through the eyes of its 12-year-old protagonist, Joey Rosenbaum. Created by Sam Rosenthal and Drew Cranwath of Hogtown Collective and set amid the circumstances of the Great Depression, Hitler’s rise to power in Germany and escalating ethnic unrest within Toronto, the series also contains an interactive walking tour through the neighbourhood where the riot took place.

The centre of the conflict is a baseball diamond in Christie Pits Park. Tensions began festering during a playoff between two local teams, the Harbord Playground, consisting mostly of Jewish and Italian players, and St. Peter’s, a club sponsored by a local church. Fights erupted and a full-on riot ensued. There were many injuries, but no fatalities.

The mass brawl, which lasted six hours, started after the final out of the second game of a quarterfinal pitting Harbord against St. Peter’s. Two nights earlier, at the first game, a swastika had been displayed by some fans. In the weeks before these games, troubles in Toronto had been brewing more broadly between some Jewish residents and antisemitic groups, primarily those calling themselves the Swastika Club.

A number of Jewish boys and young men who had heard about the swastika incident at the first game rushed to destroy the swastika unfurled at the end of the second. Supporters of both sides, including the Italians, who supported the Jews, joined in the melee.

In the podcast, narrated by Rosenthal, the listener gets a snapshot of life in the city at the time and follows Joey through his day – running errands for his father’s drugstore – along Bloor Street, near the ballpark.

“We wanted the audience to be able to access this story through an emotional, not just historical, perspective,” Rosenthal told the Independent. “Making our hero a young boy allowed us to show the world from his perspective.

“Exploring the deeper issue of systemic racism and antisemitic behaviour can be challenging,” he added. “Our young hero doesn’t understand hatred the way an adult might, so his character provides a means of asking questions about antisemitic racism. We also wanted a way to keep things rooted in the present simultaneously, so as to be able to draw clear parallels to the same problems and issues” that still exist.

The first three instalments take the audience through Depression-era Toronto, with the final episode coming to a head at the fateful game. When the riot breaks out in the story, we find Joey trying to get his friend Rachel home. They are helped along the way by Nala – voiced by Juno Award-winning soprano Measha Brueggergosman – who encourages Joey to stand up for what he believes.

In addition to providing her vocal talent, Brueggergosman was the podcast’s musical supervisor.

In releasing a theatrical production during the pandemic, the creators spotted a chance to provide audiences with a safe and tangible way to experience where the riot happened via the walking tour.

“To look out at Christie Pits Park and imagine what it would be like being in the middle of 1,000-plus people fighting is a terrifying thought, and so it makes the story land in a more visceral way if one can actually be there while listening in,” Rosenthal said. “Since my grandfather owned a store at the corner of Bloor and Manning, the walking tour is a perfect addition to share some of my family history within the broader scope of this chapter from Toronto’s history.”

Several scenes in the story are situated in the drugstore operated by Rosenthal’s grandfather from the early 1920s until the late 1950s.  Rosenthal’s father, Joseph, grew up in the neighbourhood and worked there. Joseph was born after the riot, and knew about it from his own father.

“My dad shared many stories of being a young boy in a deeply divided antisemitic Toronto,” said Rosenthal. “When he told me there were once signs posted at the Balmy Beach Club that said, ‘No Jews or Dogs,’ and that there were Swastika Clubs in the 1930s, I felt compelled to tell this story. My father and his friends were often brutalized or threatened whilst walking home from school. I wonder how many Toronto residents know this about our city’s past, and why it seems still entrenched in our present.”

Rosenthal’s hope for the production is that younger listeners not only learn that the riot was a dark chapter in Canadian history, but see it as a way to honour previous generations who paved the way for the diverse culture that Toronto is celebrated for today.

The Christie Pits Riot is available online from multiple providers. The Anchor app can be used by anyone interested in taking the guided walking tour through the Toronto neighbourhood where the riot transpired – the app can be found at hogtownexperience.com. 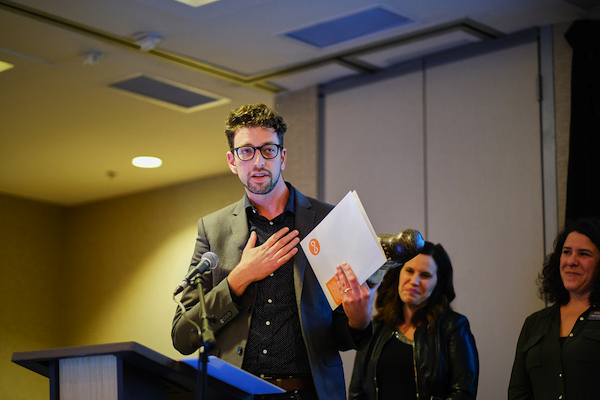 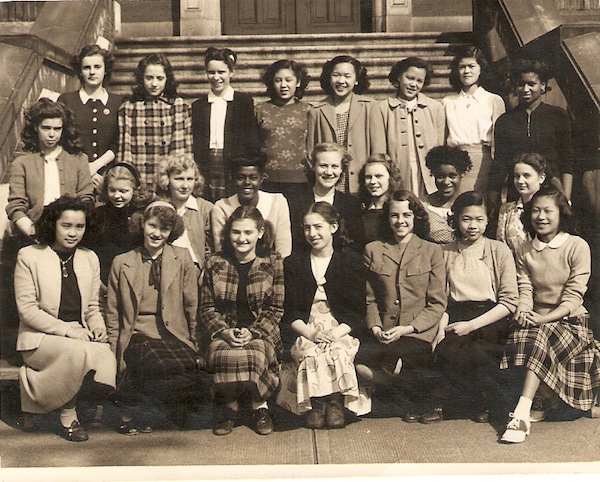 The Cross Cultural Strathcona Walking Tour celebrates the history of Vancouver’s Downtown Eastside neighbourhoods Hogan’s Alley, Jewish Strathcona, Japantown (Powell Street) and Chinatown. The guided walking tour builds awareness of the contributions of early immigrant communities then and now, in celebration of Vancouver Asian Heritage Month and Canada’s Jewish Heritage Month, both of which fall during the month of May.

The walking tour theme is education, and each tour starts at the oldest elementary school in Vancouver, Lord Strathcona Elementary School, at 592 East Pender St. Referred to as the “League of Nations” for its multicultural make-up, this school brought and continues to bring many communities together.

Tours will feature community experts and wind their way through the streets of Vancouver’s Eastside pioneer neighbourhoods, concluding at the Vancouver Japanese Language School (475 Alexander St.), where participants can enjoy complimentary “after-school” snacks from the featured communities.

“Last summer, I had the privilege of going on a number of walking tours, where it dawned on me that we were walking the same streets and even talking about the same homes, just through different community lens,” said Carmel Tanaka, co-founder of the Cross Cultural Strathcona Walking Tour. “A lightbulb moment was to bring all these experts into one room and create one inclusive walking tour highlighting all our voices together!”