On Monday, Canada and Israel each embarked on a new adventure in governance. Here at home, Justin Trudeau’s Liberal party had a surprisingly robust showing in the federal election, winning the irrefutable right to form a minority government, or to form a coalition of some description.

The Liberals’ relatively strong showing – 157 seats to Andrew Scheer’s 121; just 13 short of a majority – opens the door for a government with Jagmeet Singh’s New Democrats holding a balance of power. Just a few days before the election, polls suggested a race so tight, and with the Bloc Quebecois and NDP taking so many seats, that any configuration to reach the magic 170 number would have required not two parties, but three. That complicated scenario was averted, leaving the Liberals free to face the House with either a formal agreement with the NDP or a tacit knowledge that the now-fourth party is in no financial position to return hastily to the election battlefield.

In Israel Monday, President Reuven Rivlin called on Blue and White leader Benny Gantz to attempt to form a government after incumbent Binyamin Netanyahu failed to do so after the second inconclusive election this year. Gantz has said he hopes to form a “liberal unity government,” but that is as challenging as Netanyahu’s failed effort to coalesce a majority. He may be hoping that, if Netanyahu is indicted in the coming days, Likud under a new leader might be a viable partner – or perhaps some MKs unfettered from Netanyahu’s long years of leadership will break away and form a faction to join Gantz. Another plan has Gantz propping up Netanyahu unless and until Netanyahu is charged, at which point Gantz would stand up as prime minister, which seems a strange compromise with a tarnished leader. As usual in Israeli politics, there are a vast number of moving parts.

Multiple moving parts is less typical of Canadian politics, where our tendency toward majority governments typically sequesters any moving parts in the all-powerful Prime Minister’s Office. Not so during a minority Parliament, when individual MPs on all sides are able to wield power in ways they can only dream of in a majority scenario.

In what must be a jagged pill for the once and future prime minister, Jody Wilson-Raybould, whose testimony about Trudeau’s treatment of her was the single most detrimental arrow in Trudeau’s reelection armour, was herself reelected as an independent in Vancouver Granville. A large number of Jewish British Columbians, now, are represented in Parliament by an individual who belongs to no party. This will be fascinating to watch in many respects, not least how she pursues politics from the opposition benches as the SNC-Lavalin affair continues to percolate.

Other sidebars in the result include the scuttled effort by a leading anti-Israel figure to re-enter Parliament. Svend Robinson, who, during 25 years in Parliament, was one of Canada’s most vociferous voices against Israel, threw his hat back in the ring but came up short in Burnaby North-Seymour – being narrowly defeated by the incumbent Liberal despite this being ground zero in the battle over the Liberals’ Trans Mountain pipeline expansion.

More notably, Maxime Bernier, leader of the nascent People’s Party, lost his own seat in Quebec. His party made effectively no impact anywhere, sending the hopeful sign that messages of populist xenophobia that seem to be resonating elsewhere in the world still fall largely on deaf ears, at least electorally, here.

Canada will almost certainly have an easier time forming a government than Israel will but, in both cases, the drama plays out against the backdrop of healthy, vibrant, disputatious democratic systems. No matter what the outcomes, we should be thankful for that. 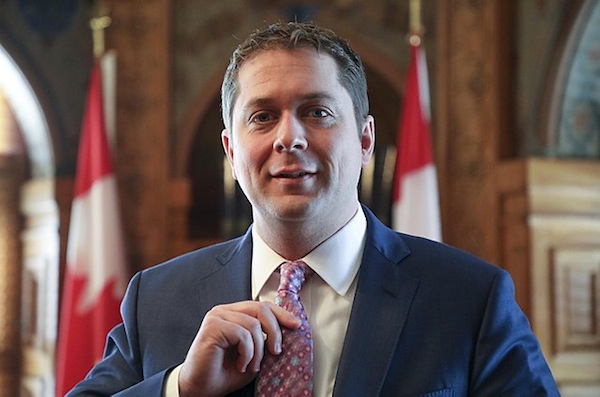 More than 100 people filled Choi Hall on Sunday to hear local candidates in the Oct. 19 federal election talk on immigration, economics, security, employment and health care. Co-sponsored by the Centre for Israel and Jewish Affairs and SUCCESS Canada, as well as various media outlets, including the Jewish Independent, the panelists, in order of initial three-minute presentations, were Vancouver-Granville candidates Erinn Broshko (Conservative), Mira Oreck (NDP) and Jody Wilson-Raybould (Liberal) and Vancouver East candidate Wes Regan (Green). The candidates each had two minutes to respond to questions submitted in advance by the public and, at the end of the Q&A, they each gave summary statements.

Charlie Smith, editor of the Georgia Straight, served as moderator, while Doug Purdie, chair of the board of SUCCESS, welcomed the audience and Jason Murray, chair of CIJA, closed the proceedings.