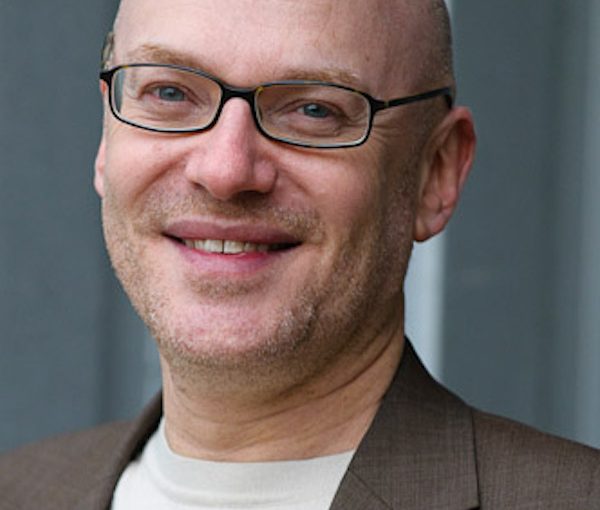 Vancouver counselor and comic David Granirer has been standing up for mental health, literally, for nearly two decades. His brainchild, Stand Up for Mental Health, is a program that has helped hundreds of people on the road towards addressing and recovering from all sorts of psychological disorders by taking to the stage and performing comedy before live audiences.

The concept came to Granirer after observing his students during a stand-up comedy clinic he taught at Langara College in the early 2000s. While the course had nothing to do with mental health, Granirer noticed that some students experienced psychological benefits by the end of the semester.

“So, in 2004, I thought, why not put this in a package for people who wanted to do comedy but also wanted that life-changing experience? And, since I work in mental health and have a mental illness, this was the natural place to start,” said Granirer, who, in addition to advocating for destigmatizing mental illness, speaks openly about his own experience with depression.

“I’ve had students overcome long-standing depressions and phobias, not to mention increasing their confidence and self-esteem. There’s something incredibly empowering about telling a roomful of people exactly who you are and having them laugh and cheer,” he added.

The idea, which was seeded in Vancouver’s Oakridge neighbourhood, has blossomed to a program that Granirer has run in 50 cities throughout Canada, the United States and Australia – in partnership with mental health organizations in each area.

Granirer has trained nearly 700 comics since Stand Up for Mental Health’s inception. In that time, there have been more than 500 shows for a range of audiences, including mental health organizations, government departments, corporations, universities, correctional facilities and the military. He even created a show for the United States Secret Service in Washington, D.C., in May 2021.

In Vancouver, the Stand Up for Mental Health course is six months long. Classes start by teaching participants how to write stand-up routines; then they spend the next part of the classes working on their acts. Each week, participants write some jokes and bring them in to try in front of the class. Most of the acts are about their mental health experiences.

Classmates do a lot brainstorming together to hone the routines. At the halfway point, each student does a five-minute set. Afterwards, the prospective comics develop a completely new set for their graduation show at the end of the program.

In terms of therapeutic benefits, Granirer said doing comedy builds a comic’s confidence and self-esteem, enabling many to tackle other challenges in their lives successfully. It also helps get rid of the shame many feel about having a mental illness.

“People transform their past trauma into great comedy material,” he said. “In therapy we call that a cognitive shift. All the bad things they’ve been through now make a great act. Instead of feeling ashamed, they now feel proud of what they’ve been able to survive.”

Granirer emphasized that, while much can be explored in the process, the humour has to be clean, and there are taboo elements, such as homophobia, racism and antisemitism, which are off limits.

When the pandemic started last year, Granirer shifted to online classes and shows on Zoom. In 2021, Stand Up for Mental Health has done about 25 virtual shows for organizations across North America. Recently, live classes have resumed.

“The pandemic has also got in the way of my traveling to other cities where I’ve trained groups,” Granirer said. “I just finished training a group in Culpeper, Va., and had to emcee the show virtually instead of in person.”

Granirer has been the recipient of numerous accolades over the years. Among the honours decorating his mantel are an Award of Excellence from the National Council for Behavioural Health, a Life Unlimited Award presented by the Depression Bipolar Support Alliance, a Rotary Shine On Award in Australia for special achievement in mental health, and a Meritorious Service Medal from the Governor General of Canada.

His work for Stand Up for Mental Health has been featured in media throughout the world, including, of course, the Jewish Independent, and also in The Passionate Eye documentary Cracking Up. Granirer is the author of the book The Happy Neurotic: How Fear and Angst Can Lead to Happiness and Success.

The new year promises a busy start for Stand Up for Mental Health. On Jan. 12, Granirer and his team of comics are organizing “an evening of stigma busting comedy” called Speaking of Normal. The Zoom event will be hosted by TSN personality Michael Landsberg. To attend, visit wellnessinstitute.org/speakingofnormal.

The next Stand Up for Mental Health Vancouver class starts on Jan. 25 and is currently recruiting students. Classes are Tuesdays from 10:45 a.m. to 1:45 p.m. More information can be found at standupformentalhealth.com or by emailing Granirer at [email protected].

As far as being able to participate, Granirer stressed, “there are no prerequisites, no auditions, and no one needs to have any comedy experience. All they need is a desire to do stand-up comedy.”