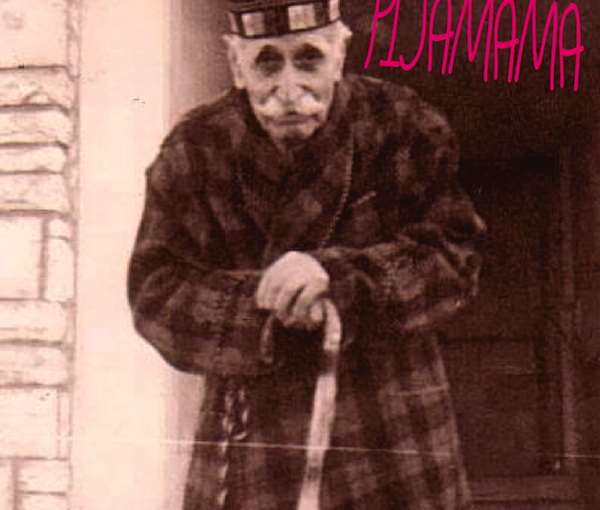 The multifaceted, multicultural and impossible-to-pigeonhole Loolwa Khazzoom is back, along with her band, Iraqis in Pajamas, with a studio-produced album, Pijamama, that was released on July 16.

The new album by the Seattle-based musician honours her mother, E.J., who passed away on July 16, 2019, and who encouraged Khazzoom to pursue her music. Khazzoom credits E.J. with demonstrating that we all have “the ability to radically transform ourselves and our relationships – and to stop the crushing boulder of intergenerational trauma – when are willing to face and go through the darkness together.”

A photo of Khazzoom’s grandfather, Abraham Khazzoom, who she describes as “the original Iraqi in pajamas,” graces the album’s cover. The band’s name, she explained, derives from an uncomplimentary reputation Iraqi expatriates had in the Israeli city of Ramat Gan for putting on their pajamas when they had arrived home and the work of the day was completed.

The EP features Khazzoom on vocals and bass, Robbie Morsehead on drums, Cali Hackmann on keyboard and backup vocals, and Alden Hackmann on guitar. The melodies and lyrics were written by Khazzoom. Pijamama showcases three songs.

“Mahalnu” explores the  Jewish practice of asking forgiveness ahead of Yom Kippur. It then raises the question of what happens when someone asks for forgiveness, without changing their behaviour, especially in the case of violence. “What is the difference between forgiveness of you and erasure of me?” Khazzoom asks.

“The Fixer,” a declarative prayer, advocates the rejection of compensating for another person’s not doing necessary work in a relationship. The chorus, “ashir shir hadash” (“I will sing a new song”), comes from “Ezer Musarai,” an Iraqi Jewish song for Purim, which inspired Khazzoom as a child.

“Fireball” looks at being a caregiver in spite of emotional violence. The lyrics proclaim: “You can be downright vicious / Throwing a fireball / At the one who cares most about you / The one who is always there for you….”

Khazzoom has had a varied career. Among other things, she has been an educator, writer and health coach, all of which share, she says, the central principle of individual and collective healing. Ultimately, Khazzoom says she “ditched her power suit and Powerpoint in favour of combat boots and cat glasses to offer bold songwriting as the catalyst for deep and heart-centred conversation.”

The connections between her diverse activities have been subjects she has long contemplated.

“I have been keenly aware of interconnectedness since I was very young, partly because I was highly sensitive and thinking about things deeply, and partly because my identities were a crisscross of those considered at odds or even at war with each other – making it obvious to me that many social constructs and divisions were false,” Khazzoom explained.

“My songs reflect this awareness – explicitly or implicitly connecting dots between things that most people don’t initially recognize as being related to each other, and inviting listeners to rethink their notions and paradigms.”

“People generally like shortcuts or scripts in determining what to think about someone, instead of doing the work of getting to know someone, with all the complexity and nuance involved…. I am the same person, yet an entirely different set of assumptions are projected on to me. Standing at the intersection of identities and experiences, I can poke fun at the absurdity of it all,” she said.

Khazzoom refers to her music as “conscious rock,” a way of exploring all our emotions, especially those that allow us to be loud in a healthy way.

“As a collective, we fear intense emotions like rage and grief, and we suppress those feelings in ourselves and others, leading to astronomical levels of addiction and a host of other social and personal ills,” she said. “I believe that all of our emotions are a gift, a GPS system of sorts, pointing us in the direction of that which is true and good, and I find it tremendously liberating, healing and transformative, to express the spectrum of emotions in healthy and constructive ways.”

For more information, visit iraqisinpajamas.com. To participate in the evolution of Loolwa’s work, from poem to spoken word performance to song, go to patreon.com/khazzoom?fan_landing=true. 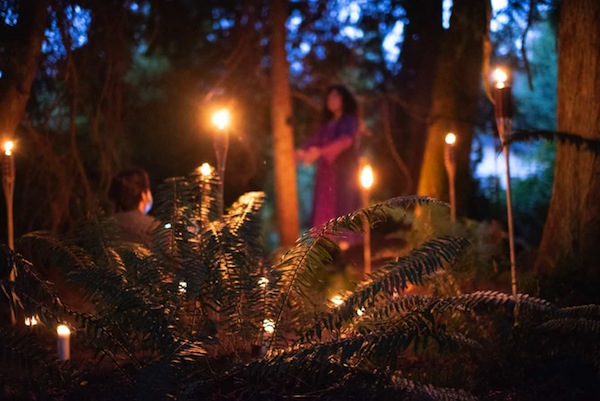