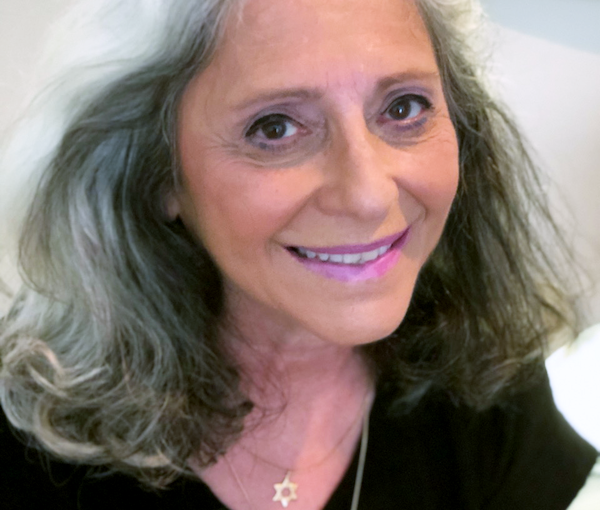 Linda Dayan Frimer’s new coffee table book, Luminous: An Artist’s Story as a Guide to Radical Creativity, takes the reader from Frimer’s early years in rural British Columbia through to the present, mixing her own story with encouraging the reader to jump-start their inner artist. Along the way, the multifaceted memoir also incorporates art history, spirituality and Judaism.

For Frimer, who was raised in the Cariboo District town of Wells, where hers was the only Jewish family in the community, making art is something she has done since early childhood.

“Painting was the same as experiencing wonder and awe within creation, where everything – the trees, their trunks and the big starry sky – led to a sense of a creation unified through colour. Just as it was for Chagall, colour from early childhood was love for me,” Frimer told the Independent in a recent interview.

As she grew and learned more of her own cultural suffering, and empathized with the suffering of the First Nations peoples in the Cariboo region, she longed to express this love for creation by unifying and healing in her own way, however she could.

“Art-making was my remarkable tool and the colourful, light-filled forests surrounding my home was my first inspiration,” she said. “I then learned the power of stories and how to tell them visually using photographs. This led to sharing reverence with other cultural groups, particularly in a group show called Kaleidoscope, where I met Cree artist George Littlechild. And our work on sharing cultural reverence through art – and our great and soulful friendship – began.”

A later example of the power of stories occurred when child Holocaust survivor Renia Perel showed Frimer a letter that was written 50 years after the death of Perel’s mother. Frimer created visual tribute in which Perel was able to write the letter into the artwork.

According to Frimer, radical creativity is an intense action that has the potential to occur each time we bring something new into creation. “It impacts upon the fundamental way we see and experience the world at a particular time, which can lead to each of us to having an inward moral experience. To be radically creative is to not only express what is most deeply felt but to hold an intense connection and longing to heal, and to unify this creation and ourselves within it,” she said.

“This calls upon and leads each of us to think deeply and imagine more. Bold and courageous radical creativity is ours each time our heightened emotional selves seeks a creative means to both respond to and enlighten the darkness of uncertain political and societal times.”

Citing various modern artists, Frimer noted that Picasso painted “Guernica” in only black, grey and white in response and protest to the impact and suffering caused by the Spanish Civil War on the Basque town of Guernica. American artist Adolph Gottlieb released the creative potential of the unconscious mind by painting the opposite polarities in existence as dots on a spectrum, where, with only one change, one dot could become the other, she said. And Czech painter Alphonse Mucha wrote that the purpose of art is never to destroy but always to create, to construct bridges.

In an era fraught with loss of species and forests through global warming, the war in Ukraine and other conflicts, economic suffering, the pandemic, among other issues, Frimer said, “We, like the aforementioned spiritual visionaries, greatly need to be people of true feeling with the creative purpose of constructing bridges.”

Radical creativity driven by one’s inner core self, she said, takes colours and forms and, often intuitively, paints an open emotional response to what urgently will need expression in our own time.

“To be radically creative is to be amazed by creation,” she said. “I paint from my heart all that I feel and all that comes through me as my receptive and creative art becomes more abstract. I am open to the source of this inspiration and grateful.”

Throughout her book, Frimer delves into the history and significance of colour. She includes dozens of exercises for aspiring artists of all levels, and highlights the role of creativity as a positive force between humanity and nature.

In Frimer’s words, “All creativity begins with a dot, in our imagination and on paper. In that movement of the first spark, everything and everyone is equal, and all of us equally creative.”

She hopes the reader will “take a journey to their own essence, their inner child who was created without memory and was free from fear of appearances and outside judgment – and also to look and to see more deeply and to be more aware of the energy of the colours in their midst daily. And to use these colours in their own expression of radical creativity.”

Colours are symbols and tools that can offer personal and universal meaning and lead to deepening understanding and caretaking of both nature and culture, she said.

“I’m hoping the art history shared and the stories of great artists, who, as seers in their time were radically creative, can enlighten and inspire individual pathways ahead,” she said.

Luminous is available through Chapters, Amazon, area bookstores and the Jewish Community Centre of Greater Vancouver. Frimer will speak at the Waldman Library on Nov. 27, at 3 p.m.