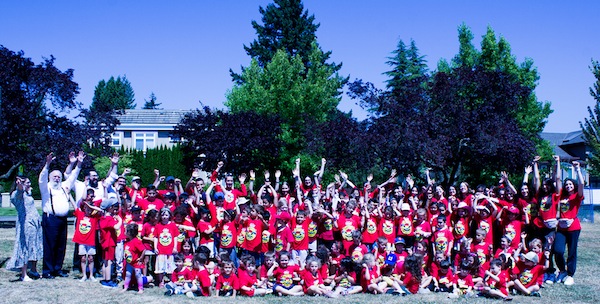 The 46th summer season of the Phyliss and Irving Snider Camp Gan Israel of British Columbia ended with tears, hugs and good resolutions. (photo from CGI)

Tears, hugs and good resolutions capped off a unique camp experience in Vancouver on an emotionally charged Friday, Aug. 13, as campers, staff and parents said farewell at the end of the 46th summer season of the Phyliss and Irving Snider Camp Gan Israel of British Columbia (CGI).

Despite two years of unprecedented challenges facing camps and schools due to COVID-19, co-director Rabbi Dovid Rosenfeld said CGI continued to grow. And he anticipated registrations to keep climbing, as families experience firsthand the positive effects of a Jewish summer camp experience. In the words of parent Danica David, “In one week, Camp Gan Israel took my son from a frightened child determined to hide his Judaism at public school, to a proud Jew who wears a kippah and takes pride in his davening prowess!”

“Our staff are the real secret to our success,” said co-director Chaya Rosenfeld. “They approach this job as a personal mission: to bring the warmth and love of Judaism to every child through a fun and impactful camp experience. We see each child not just as a camper, but as a special member of the tribe. We love everyone equally because inside we are all the same, defined by our Jewish soul.”

For the six weeks of camp, every activity of every day was imbued with Jewish energy and content. In addition to daily learning that brought home the message of camp, there were crafts, carnivals, shows, games and songs, all with Jewish themes that reinforced the concept of unconditional love (Ahavat Yisrael) and Jewish values. Campers were encouraged to search within themselves to find the sparks of holiness that lie within each person and object, thereby bringing more light and goodness into the world.

When asked which activity was their favourite, campers had a hard time narrowing it down. “I loved everything!” said Rose C., a 9-year-old camper who commuted from Langley every day. “But the water activities and hot lunch were my favourites!”

Other campers pointed to the art classes (which were led by professional artists) as their highlight of the summer, while still others were enthusiastic about the weekly shows that were performed over the summer, including The Magic of Yeeri, Cinemazoo Petting Zoo, Juggling with Matt and In the Company of Fairies.

“The carnivals were the best!” said Sarah F. “I loved the face-painting, bouncy castles and races.”

A definite highlight was the trip to Playland, where campers from the youngest 3-year-olds to the oldest teen campers got to spend a day on the rides.

To end off the summer, CGI’s Rabbi Rosenfeld introduced the CGI Mitzvah Campaign. Campers chose one mitzvah that they learned at camp that they would focus on throughout the year. Submitting 10 reports to the camp office on how they’re doing in practising the mitzvah nets them a prize, carrying the camp experience of fun and Jewish values into their home and throughout the year.

“The best part of camp for me was my surroundings,” said counselor-in-training Eliana R., age 10. “I was surrounded by warmth, happiness and laughter between everyone. That’s what elevated it from just a normal, basic camp to an extraordinary experience. I can’t wait to go next year!” 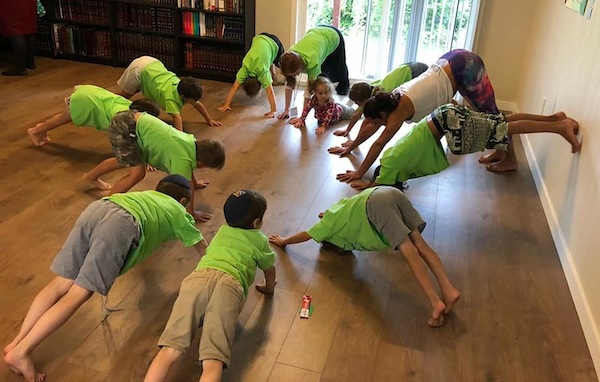 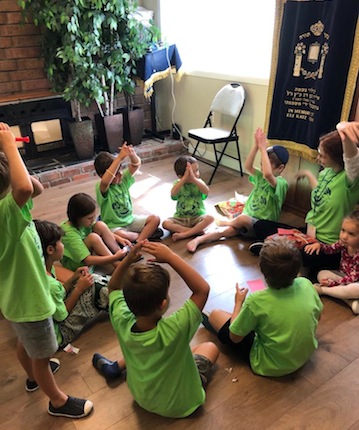