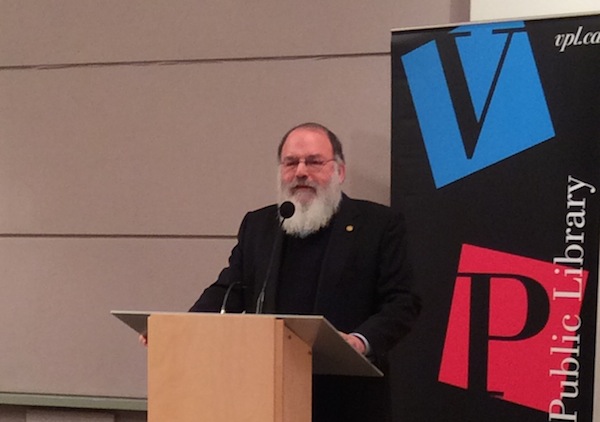 The Order of Canada is one of our country’s highest civilian honours. Its companions, officers and members take to heart the motto of the order: “Desiderantes meliorem patriam” (“They desire a better country”).

Created in 1967, the Order of Canada recognizes outstanding achievement, dedication to the community and service to the nation. Appointments are made by the governor general on the recommendation of the Advisory Council for the Order of Canada. This year, among the 114 new appointees, are Vancouver Jewish community members Dr. Carol Herbert and Rabbi Dr. Yosef Wosk. Each recipient will be invited to accept their insignia at a ceremony to be held at a later date.

Herbert was appointed a Member of the Order of Canada for her contributions to the fields of clinical and academic medicine, as a family physician, medical educator, researcher and administrator. She and three colleagues were appointed.

“The appointment of Drs. B. Lynn Beattie, Joseph Connors, Carol Herbert and Roger Wong to the Order of Canada is a demonstration of their incredible commitment to the health and well-being of all Canadians,” said Dr. Dermot Kelleher, dean of the University of British Columbia’s faculty of medicine and vice-president, health, at UBC, said in a press release. “We are very proud of each of their contributions, and deeply moved by their passion for improving the lives of patients and families here in B.C., and across the nation.”

Herbert, an adjunct professor in the School of Population and Public Health, “is internationally known for her leadership in primary care research, and for her work in clinical health promotion, patient-physician decision-making, and participatory action research with Indigenous communities, focused on diabetes and on environmental effects on human health,” notes the UBC release. “She was formerly head of the department of family practice, founding head of the division of behavioural medicine and a founder of the UBC Institute of Health Promotion Research.”

This only touches on Herbert’s extensive experience. She also was dean of medicine and dentistry at Western University in London, Ont., from 1999 to 2010, was a practising family physician from 1970 to 2013, and has been involved in medical education since 1971.

Yosef Wosk, PhD, was appointed Officer of the Order of Canada for his far-reaching contributions to his community as a scholar, educator and writer, and for his generous philanthropy. BC Booklook (bcbooklook.com/2020/11/27/41941) cites the governor general: “Yosef Wosk is a Renaissance man of the 21st century. A rabbi, scholar, businessman and art collector, he is a revered educator and community activist who inspired many to become engaged in global issues and local challenges. Former director of interdisciplinary programs in continuing studies at Simon Fraser University, he founded the Philosophers’ Café and the Canadian Academy of Independent Scholars. A poet, explorer and dedicated philanthropist involved with museums, the arts, social services, publishing, nature and heritage conservation, he has endowed hundreds of libraries worldwide.”

Wosk has established more than 400 libraries, including 20 libraries in remote Himalayan villages and 37 in Jewish communities throughout the world. (See jewishindependent.ca/many-milestones-for-wosk-in-2019.) He has supported a range of local building preservation, public garden and other civic enhancement projects. He has helped fund the production of more than 250 books and videos, and has written numerous works, most recently Memories of Jewish Poland: The 1932 Photographs of Nachum Tim Gidal and the forthcoming GIDAL: The Letters of Tim Gidal and Yosef Wosk (Douglas & McIntyre, 2021). He supports several literature, writing, poetry, art and design initiatives, and is founding benefactor of the Dance Centre.

In addition to other honours, Wosk has received the Queen’s Golden and Diamond Jubilee Medals and a Mayor’s Arts Award, as well as the Order of British Columbia.

As part of its belief in and commitment to supporting emerging architecture practitioners, the Arthur Erickson Foundation and the Yosef Wosk Family Foundation recently announced a $110,000 donation to Indspire – Canada’s national, award-winning Indigenous registered charity – in support of Indigenous youth in Canada. The donation will fund an awards program focused on increasing Indigenous student success by growing the number of Indigenous architects and landscape architects in Canada.

Central to Arthur Erickson’s work as an architect and theorist was his belief in and commitment to education and research. Having served on the faculties of architecture at the University of Oregon and the University of British Columbia, Erickson understood the need of each generation to contribute to the training of the next. One of the ways the foundation honours Erickson’s belief is by working with donors to develop prizes and scholarships intended to reward and assist students studying architecture and landscape architecture.

“The Arthur Erickson Foundation and Yosef Wosk Family Foundation, along with Indspire, are pleased to announce the establishment of an awards program supporting Indigenous education in architecture and landscape architecture,” said Michael Prokopow, vice-president (East) Arthur Erickson Foundation. “The organizations recognize the profound importance of the shared work of decolonization and reconciliation in Canada for the transformation of society. These awards recognize the deep power of Indigenous thinking and wisdom around the making of habitation and space for well-being across generations and the vitally important stewardship of the natural world.”

Mike DeGagné, president and chief executive officer of Indspire, stated, “This new investment is a significant step in supporting First Nations, Inuit and Métis architecture and landscape architecture students to achieve their potential through education and training. They can in turn enrich their communities and create positive change in Canada. We are grateful for the support of the Arthur Erickson Foundation and the Yosef Wosk Family Foundation for investing in Indigenous achievement and education.”

A brief biography for Gutman, PhD, appears on the conference website. She is president of the North American chapter of the International Society for Gerontechnology, vice-president of the International Longevity Centre-Canada, past-president of the Canadian Association on Gerontology and the International Association of Gerontology and Geriatrics. She is co-editor (with Andrew Sixsmith) of Technologies for Active Aging (Springer, 2013) and has published widely on seniors housing, long-term care, health promotion, prevention of elder abuse, and seniors and disasters. She is on the advisory of MindfulGarden Digital Health and is the principal investigator on the first feasibility clinical studies for MindfulGarden, which is a digital treatment of hyperactive dementia in long-term care setting. She established the GRC and department of gerontology at SFU and is recipient of many awards and honours, including the Order of Canada.

The third edition of the Western Canada Jewish Book Awards, presented by the Cherie Smith JCC Jewish Book Festival in Vancouver, took place Dec. 6. Daniella Givon, chair of the awards committee, opened the evening on Zoom and the five honours were awarded by five different presenters.

Winning the Nancy Richler Memorial Prize for Fiction was Rhea Tregebov for Rue des Rosiers, in which a young Canadian woman’s search for her own identity brings her to Paris in 1982, and face-to-face with the terror of an age-old enemy. Tregebov (Vancouver) is the author of fiction, poetry and children’s picture books. She is associate professor emerita in the University of British Columbia creative writing program.

The Pinsky Givon Family Prize for nonfiction went to Naomi K. Lewis for Tiny Lights for Travellers. When her marriage suddenly ends, and a diary documenting her beloved Opa’s escape from Nazi-occupied Netherlands in the summer of 1942 is discovered, Lewis decides to retrace his journey to freedom. Lewis (Calgary) is the author of the novel Cricket in a Fist and the short story collection I Know Who You Remind Me Of.

Ellen Schwartz was awarded the Diamond Foundation Prize for children’s and youth literature for The Princess Dolls, a story about friendship between a Jewish girl and a Japanese girl, set against the backdrop of 1942 Vancouver. Schwartz (Burnaby) is the author of 17 children’s books, including Abby’s Birds and Mr. Belinsky’s Bagels.

The Lohn Foundation Prize for poetry was given to Alex Leslie for Vancouver for Beginners. In this collection, the nostalgia of place is dissected through the mapping of a city, where readers are led past surrealist development proposals, post-apocalyptic postcards and childhood landmarks long gone. Leslie (Vancouver) is the author of two short story collections and the winner of the 2015 Dayne Ogilvie Prize for LGBTQ Emerging Writers.

The Kahn Family Foundation Prize for writing about the Holocaust was given to Olga Campbell for A Whisper Across Time, a personal and moving story of her family’s experience of the Holocaust through prose, art and poetry, creating a multi-dimensional snapshot of losses and intergenerational trauma. Campbell is a visual artist whose media include photography, sculpture, mixed media painting and digital photo collage.

After short acceptance speeches and readings from the authors, Dana Camil Hewitt, director of the JCC Jewish Book Festival, concluded the evening thanking the sponsors, the judges, the awards committee and the extended virtual audience, and inviting everyone to purchase and enjoy the books. 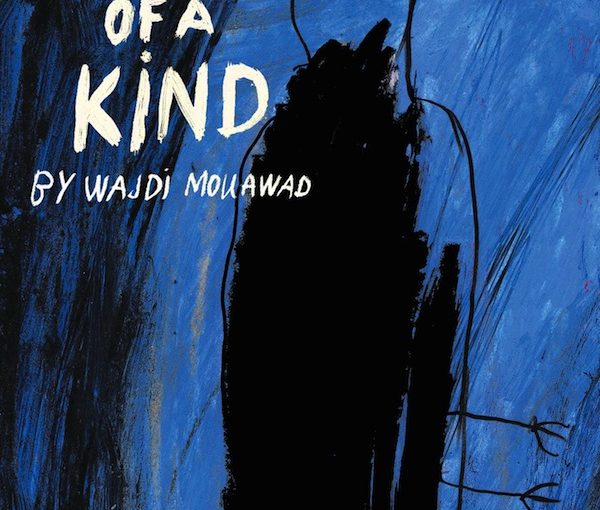 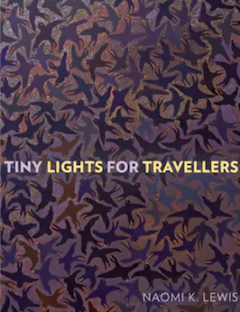