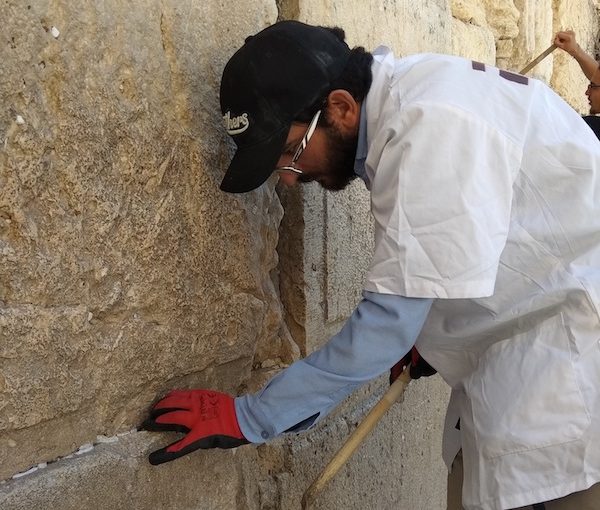 The good news is we’re again debating “who is a Jew.” This is good news, of course, only because it’s a topic that divides Jews mostly when external threats abate enough to allow the luxury of pilpul around denominational rights and definitions.

We can only assume that the state of the world – the Iranian threat, the unhinged American administration, Syria in collapse – looks fine enough from the Israeli prime minister’s office that we have the freedom to indulge in family squabbles.

A year-and-a-half ago, the Israeli government finally agreed to create an egalitarian prayer space at the Western Wall. The Charedim who legally control Israel’s Jewish religious character, including practices at the Wall, have imposed a strict gender division on prayer and ritual at the holy site. This has sent the message to Conservative, Reform and other non-Orthodox Jews that the holy site is not wholly theirs and, by extension, that their forms of Judaism are not authentic or proper. The creation of an egalitarian section was hailed as putting an end to a painful and divisive aspect of Israeli-Diaspora relations.

An egalitarian space would permit families to visit the Kotel together, allow girls to read from the Torah during their bat mitzvahs and give women the right to pray out loud, rather than following the existing rules by which women must pray quietly so that their voices may not be heard by men on the other side of the divided plaza. The agreement for a new egalitarian space would not alter the existing men’s and women’s areas, but rather add a new, third space, south of the traditional prayer areas.

At the time the agreement was reached, Anat Hoffman, chair of the board of Women of the Wall, a group that has been at the fore in advancing the goal of an egalitarian space and whose members are routinely arrested for praying at the Kotel with prayer shawls, said the decision by Israel’s cabinet was an acknowledgment “that there is more than one way to be Jewish.”

Last week, the Netanyahu government changed its mind and decided there is not.

Bending to pressure from the ultra-Orthodox members of his coalition, the proverbial tail that so often wags the dog in Israel’s political system, Netanyahu called a snap vote on whether the decision taken in January 2016 to create the egalitarian space should indeed proceed. Ministers who last year voted in favour last week voted against.

In for a penny, in for a pound, the government at the same time advanced a bill that would reinstate the Orthodox monopoly on conversions and lifecycle events, including marriage and burials. Among the implications is that Jews not converted under the auspices of the Chief Rabbinate – in other words, by Conservative, Reform or other non-Orthodox rabbis – would not be recognized as Jews.

On most issues, Israel should take Diaspora concerns into consideration only secondarily to what is right for Israel. We have said in this space before, for instance, that Israeli defence policies should be determined with the security of Israelis as the priority, not the comfort of Diaspora Jews who have to live with the political consequences, but not the life-and-death consequences facing Israelis.

This is different. Rules regarding prayer at the Western Wall – who, where and how – should be made with the interests of the Jewish people – not just Israelis – foremost in mind. Of course, if the rules were made with the majority of Israelis in mind, they would reflect the diversity of religious observance both in Israel and in the Diaspora. Instead, what we have is a narrow reflection of ultra-Orthodox priorities that is more a result of political realities in the Knesset than religious reality anywhere outside that chamber.

Ultimately, these decisions are a result of political, not religious, considerations. The political needs of the Netanyahu government’s coalition appear to be superseding the Jewish state’s respect for diversity and pluralism within the global Jewish peoplehood.

“We believe in Jewish unity, not uniformity,” states a letter to Netanyahu signed by scores of Canadian rabbis. “The spectrum of Jewish practice is diverse, but it need not lead to divisiveness. Our differences are eclipsed by all that unites us: millennia of shared history and a shared future. What happens to Jews today – no matter where they live or where they attend synagogue – invariably affects us all.… We are an indivisible people, which is why we are deeply concerned by these and any other actions that unnecessarily foment division within amcha.”

Most of us do not have a vote in Israel, but each of us has a voice. The Centre for Israel and Jewish Affairs is urging each of us to contact the Israeli embassy to express our views on this vital matter. Please do.

Anat Hoffman, leader of Women of the Wall, speaks with members of the media near the Western Wall on Jan. 31, reacting to the Israeli government’s passage of a new plan on egalitarian prayer rights at the Jewish holy site. (photo by Hadas Parush/Flash90 via jns.org)

The Israeli government’s passage of legislation that authorizes egalitarian prayer in a soon-to-be-created 9,700-square-foot, NIS 35 million ($8.85 million) section adjacent to the southern part of the Western Wall (Kotel) has been called groundbreaking, empowering, dramatic and unprecedented. The section could be ready in as soon as a few months or up to two years from now.

“This is a fair and creative solution,” said Prime Minister Binyamin Netanyahu after the 15-5 vote on the measure by his cabinet.

Rabbi Rick Jacobs, president of Union for Reform Judaism (URJ), said the decision would “connect world Jewry to the state of Israel.” Jerry Silverman, chief executive officer of Jewish Federations of North America (JFNA), called it a “major step forward.” Member of Knesset Merav Michaeli (Zionist Union) said the Kotel was “liberated” again; this time not by soldiers, but by women in Jewish prayer shawls.

Indeed, for 27 years, Women of the Wall pushed for women’s equality at the Kotel. Formal negotiations have been going on for almost three years. In a statement, the group said more than just an agreement has been achieved: “The vision of the new section of the Kotel is a physical and conceptual space open to all forms of Jewish prayer. Instead of splitting up the existing pie into ever more divided, smaller pieces, we are making the pie much larger.”

The new section, which will qualify for government funding, will be managed by a public council, governed by a committee headed by the chair of the Jewish Agency for Israel and comprised of representatives from the Reform and Masorti (Conservative Judaism in Israel) movements, JFNA and Women of the Wall. An administrator for the section will be appointed by the Prime Minister’s Office.

Beyond the blueprints, the ratified plan is a powerful statement about the overt impact that Diaspora Jewry and global Jewish leaders can have on Israeli decision-making.

North American Jews have traditionally served as a political lifeline for Israel, lobbying their governments on behalf of the Jewish state. Recent occurrences have shifted the relationship between the North American and Israeli Jewish communities into one of semi-equality, which includes North American Jewish leaders objectively discussing Israel’s policies rather than blindly supporting them.

Silverman called this shift evolutionary. Rabbi Gilad Kariv, executive director of the Israel Movement for Reform and Progressive Judaism, said the negotiations “prove the role that North American Jewry … can and should play in helping Israel make our country more inclusive.”

“Kudos to the unrelenting advocacy from the North American Jewish community in pushing for this,” said Rafi Rone, former vice-president of Jewish and Israel Initiatives at the Joseph and Harvey Meyerhoff Family Charitable Funds. “The dawning of a new day.”

In an interview with the Jerusalem Post, Jewish Agency chairman Natan Sharansky said that American and Israeli Jews are becoming increasingly interdependent. The U.S. needs Israel to help strengthen Jewish identity in a Diaspora community that is slowly shrinking from assimilation and intermarriage, he said. Israel, attacked daily by the international community, needs the solidarity of Jewish communities abroad, he explained.

“I am sure that the [Israeli] government must now take into account – should take into consideration – the position of world Jewry on the decisions it makes,” Hagay Elizur, senior director of Diaspora affairs for Israel’s Ministry of Public Diplomacy and Diaspora Affairs, told JNS.org.

Netanyahu might be feeling the pressure of unprecedented U.S.-Israel political tension. Last August’s Peace Index poll by the Israel Democracy Institute and Tel Aviv University showed that 48% of Israeli Jews worried that Netanyahu’s campaign against the Iran nuclear deal would damage U.S.-Israel relations.

For two of the many other points of view, read the articles by Rabbi Daniel Bouskila and Phyllis Chesler.