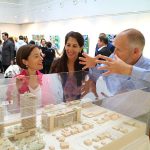 The Jewish Federation of Greater Vancouver annual campaign surpassed its 2017 goal and generated $8.7 million to meet community needs, including $850,000 in targeted funding. An additional $1.1 million in funding was generated outside the campaign for specific projects. Nearly 500 new or lapsed donors were inspired to give for the first time or to renew their giving, which is a record.

As the local community’s primary fundraising initiative, the annual campaign supports programs and services delivered by 35 partners locally and globally, reaching thousands of community members who rely on them.

Targeted funding supports specific programs that address particular community priorities. Many steadfast supporters of the campaign have the capacity and motivation to fund such projects or programs and Federation works with these donors to connect them to the priorities that align with their philanthropic interests.

Exceeding the campaign goal and growing the donor base positions Federation and its partners to continue to address the many needs identified in Federation’s 2020 Strategic Priorities. It’s a clear indication that partner agencies can continue to rely on the campaign as a consistent source of ongoing funding.

“The strong campaign achievement means we can make an impact on the issues of affordability and accessibility of Jewish life, which affect people across our community,” said Alex Cristall, chair of the 2017 Federation annual campaign.

In the emerging Jewish communities outside of Vancouver, Federation is focused on extending its reach and that of its partners to develop grassroots Jewish programming, such as its Connect Me In initiative. In Vancouver, with its very high cost of living, the focus is on keeping the cost of Jewish programs and services low, and on funding more robust subsidies for those who need additional help.

“At its heart, Jewish life is about community, and this year’s campaign reflected that. We could not have achieved this incredible result without the support of our nearly 3,000 donors. I would like to extend a huge thank you to everyone who donated,” said Cristall.

Overall, Federation generated an unprecedented $18.5 million this year. This includes a record $8.7 million in contributions to endowment funds at the Jewish Community Foundation, along with the $8.7 million campaign total and the additional $1.1 million in targeted funding.

“Diversifying the ways in which Jewish Federation generates funds is a key factor in being able to address growing and evolving community needs,” said Karen James, Federation’s board chair. “Jewish Federation is adapting to changing philanthropic trends and working proactively with donors to meet these needs. At the same time, we continue to deliver a strong annual campaign that benefits thousands of people, and that is great news for our community.”

Karen James, board chair of the Jewish Federation of Greater Vancouver. (photo from JFGV)

Volunteers are integral to almost every nonprofit organization, and Jewish Federation of Greater Vancouver is no exception. With this year’s annual campaign well underway, the Jewish Independent spoke with Karen James, who became Federation’s new board chair earlier this year.

Jewish Independent: You’ve been involved with various organizations over the years, such as the Jewish Family Service Agency and the Canadian Jewish Political Affairs Committee. With which organizations are you currently volunteering?

Karen James: When I took on the role of chair of Federation, I let go or passed on most of the other things I was doing. I had been on the board of JFSA and chaired for the past year, but have passed that on. I am still representing Vancouver on the Jewish Agency for Israel board of governors meetings but that is the only other thing I am doing. That still connects to Federation, as we support the agency and Vancouver now has a stronger voice with the agency. I still support CJPAC and JFSA in any way I can.

JI: How do you balance volunteering with working? Is it a challenge?

KJ: I am very fortunate to have a business that does not demand too much time of me right now. Mostly, the balance is between volunteering and time for myself and time for a social life.

The board chair is a significant role. There is no question that I would not be able to do much else. There are many different and moving parts to Federation and this role. I couldn’t imagine having a full-time job and doing this. I want to learn and support everything going on in our community but there are limits to my time and energy sometimes.

JI: How and when did you become involved in Federation, and in what capacities to date?

KJ: I first became involved at Federation in 2007 when I came back from a Federation-led mission to Israel. I took on the role of vice-chair for community and sat at the campaign table. After that, I was women’s philanthropy chair, then chair of financial resource development and then, in 2013, chaired the Israel and overseas affairs committee for four years before stepping into the board chair role…. Because of my involvement over the past 10 years, I can see the full picture of what Federation does and what is happening in the community.

JI: What motivated you to take on the role of Federation board chair?

KJ: I like working with people and the move to chair of the board did seem like a natural progression. I also know that Federation is looking at longer-term succession and was looking at me possibly filling the role, so it wasn’t a surprise…. I want to give back. I have the time and energy to give to my community. Community means everything to me. I was disengaged and, when I moved back to Vancouver, I said I wanted to be part of community, that it was missing from my life. We can be there for each other in times of need and in times of celebration and naches.

JI: In what ways have you witnessed Federation evolving with the community and its needs?

KJ: The 2020 Strategic Priorities. As we developed [it], we sought input from a wide cross-section of community stakeholders, partner agencies, etc. – 2020 is a commitment to more flexible funding models and more grassroots.

I have witnessed that we all [are affected by] the affordability issues in our city. We not only need to address this within our community in the city but also in the suburbs of Vancouver, where our Jewish population is moving to. Over half of our community now lives outside of Vancouver. How can we address their needs, because, if we don’t, we run the risk of losing them entirely? We will need to provide services and programs closer to where this population is living.

It’s also expensive being involved in community life in the city. Housing payments, food, transportation, these are all issues that affect our community members. And then, the cost of Jewish day school, synagogue membership, JCC membership. It all adds up. We have to be able to support these families and individuals, too.

JI: What excites you most about this year’s campaign?

KJ: Incentive and the opportunity it represents to grow the base of support. If we’re going to help everyone, we need everyone. Everyone has a role to play. Tzedakah is a mitzvah you have to do yourself.

Sense of urgency: the community is at a turning point. If we can connect people – either by bringing programs and services to where they live or by keeping the programs and services affordable and offering subsidies – then we can keep them connected to community. Otherwise, we’ll lose them. We only have so much time to make a real difference.

JI: What, if any, of the 2020 priority items speak to you personally, or most?

KJ: Food security and affordability, but especially regional communities and reaching out them. I lived in White Rock/South Surrey for almost 30 years and was there when the WRSS JCC got started. There was nothing out there when I was raising my children and it was a long drive into Vancouver. I know how important it is to provide Jewish [options] outside of Vancouver…. The affordability issues are driving them out there, now we have to take care of them.

JI: When you’re talking to people about the campaign, what do you say to them about the benefits of contributing or volunteering?

KJ: I get more than I give. It is rewarding to me and I feel so lucky to be able to volunteer and give of my time and my resources. The rewards for being involved, for giving and helping are the connections to my Jewish family/community.

KJ: I know what it feels like to be disconnected from community, and it has been so valuable for me to connect. I barely knew anybody and, by getting involved, I’ve learned what community is all about.

One of the incentives to which Karen James was referring is that annual campaign chair Alex Cristall and his family will donate an additional $250 to the campaign for each gift from a donor who missed last year’s campaign or who is making a first-time gift. For more information on this initiative, the campaign in general and the types of programs and services Federation supports, visit jewishvancouver.com.