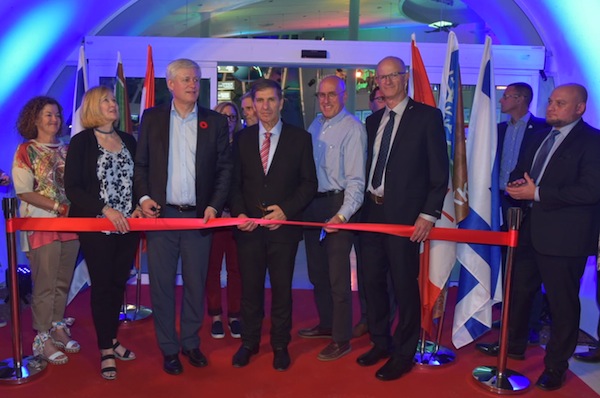 The last time there was a Liberal government in Canada, this country took a “go along to get along” approach to the annual Israel-bashing at the United Nations each autumn. Government officials offered excuses, but still our representatives at the General Assembly voted in favor of most of the one-sided attacks on the Jewish state.

Things changed when the Harper Conservatives came to office. They set Canada apart as a moral, often-isolated voice of reason in the bastion of anti-Zionists.

During the federal election this year, the Liberals promised that they would continue Canada’s support of Israel if they won the election. In their first significant test, they came through. This year’s General Assembly saw the usual raft of resolutions condemning Israel, while completely or largely ignoring the worst offenders of human rights in the world.

Proudly, Canada voted against them.

This is a very positive development, indicating that we will not slip into the ways of the past. As we had hoped, support for Israel – the only democratic regime in its region, a light to the nations in so many ways and, not insignificantly, the world’s only Jewish state – is not a partisan position, but a Canadian value.

The Islamist group ISIS is the most technologically and media-savvy terror group ever. Their propaganda employs the highest calibre of videography and documentation. The images they capture – and successfully disseminate to the world – are among the most gruesome imaginable.

Just last week, well-produced films showed the group drowning five men in a cage and included footage of the men’s deaths captured by underwater cameras. The same video showed men being bound together at the neck by a fuse connected to explosives, like a chain of firecrackers.

On the very day that these horrendous images were leading every newscast, federal Liberal leader Justin Trudeau appeared on the CBC in an interview with veteran reporter Terry Milewski. Trudeau, who voted a few weeks ago against extending the Canadian military’s contributions to fighting ISIS, insisted that, were he to win the election this October, the Canadian military’s efforts against ISIS would end.

“If you don’t want to bomb a group as ghastly as ISIS, when would you ever support real military action?” asked Milewski.

The nonsense is Trudeau’s.

It is true that Western powers cannot cure the world of every despot and dictatorship. The United States military has worn itself out and tested the dedication of military families trying. Yet there are times when action cannot be avoided.

Milewski gave Trudeau the opportunity to clarify what he was saying, to ensure that this was not another of the Liberal leader’s rookie mistakes. But, no, this was what Trudeau had come on television to say.

Whether one adheres to ethical pacifism or not, it is a coherent ideology. But this is not what Trudeau is proposing. He is not suggesting that Canada abandon its military or become a neutral state. He is saying that Canadian forces should not be deployed against ISIS. OK, then. If our admittedly limited military force is not mobilized against ISIS, what cause would we mobilize against? In what circumstances does “Never again” come into play, if not against the actions of a group such as ISIS?

It must be noted, of course, that Trudeau’s position mirrors that of New Democratic party leader Thomas Mulcair. The New Democrats also voted against extending the mission against ISIS and this position is equally flawed. But it is at least consistent with the worldview of a party that has never been burdened with the mantle of government. NDP governments at the provincial level have often risen to the occasion and discovered pragmatism when power has been thrust upon them. Should some current polls bear out and Mulcair were to become prime minister, the confluence of common sense, the magnitude of power and the need to reach out to experienced hands would almost certainly adjust their foreign policy. Perhaps we are being too generous, but Mulcair has taken a party whose foreign policy (especially vis-a-vis Israel) had become a fringe circus and brought it more in line with European parties of the left (for whatever that is worth).

Unfortunately, the Liberal case is quite different. Say what one will about the value of the Senate these days, those who served as Liberals in the upper chamber represented a cache of experience at governing that Trudeau desperately lacks. Last year, Trudeau threw them out of his caucus in a showy spectacle meant to demonstrate leadership. He is left with a caucus of 36 MPs, most of whom, in the immortal words of a former prime minister who happens to have been the current Liberal leader’s father, are “nobodies 50 feet off Parliament Hill.” It is not clear that he is seeking out or receiving rational foreign policy advice from anyone.

What makes Trudeau’s position most atrocious is that it seems to have been taken for the worst reasons. The Liberals, as is a perennial problem for opposition parties, must oppose. But foreign policy is a tricky area in which to plant a political flag. Foreign affairs should not be off limits, by any means, to criticism and differences of opinion. Yet neither should the serious issues of foreign policy be subject to knee-jerk political considerations. But this seems to be part of the explanation for Trudeau’s position.

Another likely motivating factor is that the NDP has been peeling anti-Harper votes away from the Liberals. There is a very real possibility that, if polling trajectories continue, the majority of Canadians who seek to end the Conservative government’s tenure will move en masse to the party that polls suggest is most fit to achieve that end. To stanch the flow to the NDP, Trudeau seems ready to abandon the victims of ISIS.

The irony of this entire balagan is that Trudeau’s actions will probably have precisely the opposite effect on potential Liberal voters.