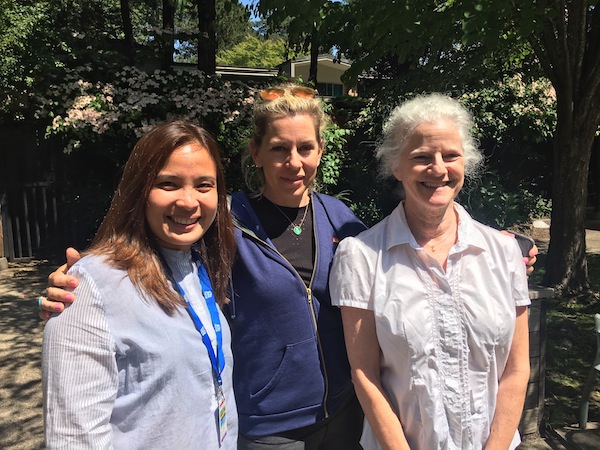 As many residents have witnessed, the legal dispute between the City of Vancouver and Canadian Pacific Railway (CPR) has reached a point of no return, with many community gardens along the Arbutus corridor destroyed by CPR in the past few months.

Guy Askadsky is a JFSA volunteer who has been working with the garden for the past two years. His team of volunteers meets at the garden twice a week to work together and foster the two plots that provide pears, figs, plums, almonds, raspberries, blackberries, currants, strawberries, zucchini, winter squash, kale, collards, cucumbers, tomatoes, lettuce, parsley, chard, peas, beans and arugula. All the crops are organic and go directly to the Jewish Food Bank and its customers.

“Our food bank clients are extremely happy to get this fresh organic products in their baskets, it’s healthy food that is usually very expensive in the grocery store,” said Askadsky over the phone. “Our production volume was cut to half because of the dispute between the city and CPR, we had to clear half of our garden, and now the volunteers see [that part of the land] standing there without any use, it’s kind of frustrating, but we have to adjust to the reality. Our reward is being able to provide an important need for many in our community that are unable to enjoy that kind of variety without a garden.”

The JFSA community garden is always looking for volunteers. Anyone interested in joining the gardening team can email Askadsky at [email protected].