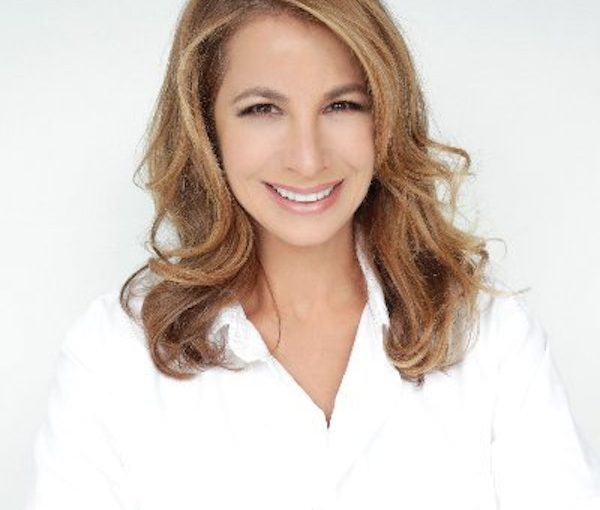 Jill Zarin is the keynote speaker at Choices on Nov. 7. (photo from Twitter)

Philanthropist and entrepreneur Jill Zarin – most recognized for having been on the reality TV show The Real Housewives of New York City – is the featured guest at this year’s Choices, which will be held virtually on Nov. 7.

Zarin is also the author – together with her mother, Gloria Kamen, and sister, Lisa Wexler – of Secrets of a Jewish Mother, a 2010 book full of recipes, advice and parenting tips. She will join Vancouver-area speakers to talk about how they were able to support community during the pandemic.

The Jewish Federation of Greater Vancouver’s Choices is the largest women’s event within the community. This is the 17th annual gathering and the Independent interviewed 2021 co-chairs Sherri Wise, Leanne Hazon and Courtney Cohen by email about what to expect.

“Jill Zarin is an amazing speaker!” they said. “Attendees will also hear from so many inspiring women in our own community who give of themselves to keep our community strong and connected.

“Although Jill Zarin is most well known for being a television personality, she is in fact an extremely philanthropic person,” they added. “After almost two years of COVID, the committee wanted to have a program filled with humour and uplifting stories and Jill was a perfect match.

“As co-chairs, we have always found we learn something from the women who speak, which inspires us to continue supporting our wonderful community.”

The pandemic has impacted everyone around the world in many ways, said the co-chairs, and so many people have stepped up to try to help their communities navigate this very challenging time. Zarin is but one of the many “who have pitched in their time and tzedakah and ideas to help our Jewish community stay strong,” said the Choices co-chairs.

Ideally, the organizers had wanted to be together in person for Choices 2021. Yet with the uncertainties and changing regulations around COVID, they have once again decided to hold the event virtually, while trying to provide the experience in a way that is still meaningful to people.

Given the ongoing reality of the pandemic, the women said they are “really happy and really lucky” that Choices can be offered online. One of the benefits of a virtual event, they pointed out, is making it more accessible to women province-wide.

Choices is a celebration of the impact of women’s philanthropy.  Rather than fundraising, the goal is to get more women involved in the community through giving to the campaign and volunteering. The organizers stress that there are many ways of being involved in philanthropy and making a difference, such as connecting with Jewish Federation or one of its many partner agencies.

The 2021 Federation annual campaign is focusing on the theme of being strengthened by what we as a community have been through in the past year-and-a-half and inspired by where we can go together. This year, Choices is recognizing specifically how women in the community came through the pandemic and made the community stronger with their time and donations.

In a non-pandemic year, Choices would have 500 people in attendance. Past speakers have included musicologist Judy Feld Carr, the Canadian responsible for bringing thousands of Jews from Syria to freedom; Talia Leman, the founder of RandomKid, an organization that empowers youth to do good deeds; Talia Levanon, the director of the Israel Trauma Coalition; and Jeannie Smith, who shared the story of her mother, Irene Gut Opdyke, who rescued Jews during the Holocaust.

The Choices 2021 co-chairs lauded the efforts of Sue Hector and Shawna Merkur, the co-chairs of women’s philanthropy at Federation.  They also noted the contributions of Ricki Thal (campaign manager), Kate Webster (campaign director) and the Jewish Federation staff for their invaluable support.

For the past 14 years, the Jewish Federation of Greater Vancouver has organized a women’s philanthropy event called Choices. The evening is meant to inspire women to understand the power of their tzedakah and to feel part of the community. On Sunday, Nov. 4, in Congregation Beth Israel’s Gales Family Ballroom, the informal consensus in the room of more than 500 women was that Choices exceeded its objectives.

One of this year’s achievements, according to event co-chair Jane Stoller, was that there were 50 first-time attendees. Stoller explained that a table of Hillel BC students had been sponsored and there were new faces from Federation’s young adult program, Axis, in the crowd. In addition, she said a record number of Israeli women were among the new attendees.

As for the featured speakers this year, both not only spoke movingly, but they also tied in Federation as an important component of their respective stories.

Sherri Wise is a dentist who lives and works in Vancouver. She survived a triple bombing on Ben Yehuda Street in Jerusalem on Sept. 4, 1997.

Wise described the sequence of events that led her to be at a café on a beautiful sunny day and what transpired after three Palestinian terrorists each blew themselves up in the immediate vicinity. Wise was seriously injured, with more than 100 nails embedded in her limbs and second- and third-degree burns on many areas of her body. After recounting the details of this tragedy, Wise was able to focus on some of the positives that arose from the horror. “Someone from Jewish Federation in Vancouver contacted Federation in Jerusalem and a kind woman named Trudy came every day to visit me.… I never even learned her last name,” she said.

Wise said she has managed to get on with her life not only with the help of her parents and the Jewish community, but also by making a decision not to harbour anger or hatred toward those who injured her, killed seven and injured 200 others. “Those men were born innocent babies and they were taught to hate – what chance did they have?”

Wise has since helped craft, advocate for and see enacted the Justice for Victims of Terrorism Act. This bill includes deterrents to those who would support terrorist organizations financially and materially, and grants rights to Canadian victims of terrorism. Wise imparted a message of healing, gratitude and finding a way to make a positive difference.

Jeannie Smith, the daughter of Irene Gut Opdyke, was the second speaker. Opdyke, who passed away in 2003, saved the lives of 12 Jews in Poland during the Holocaust and was recognized by the Israeli Holocaust Commission as one of the Righteous Among the Nations. Smith recounted many details of her mother’s story to a captivated crowd.

At the age of 17, Gut was forced to work in, among other places, the home of a high-ranking German officer stationed in Poland near her hometown. Prior to “keeping house” for this officer, she had worked in a laundry facility at a German officer’s camp. When she learned that she would be relocated to a villa in the town and that the Jews of that town would be liquidated, she managed to smuggle the group of Jews she had worked with in the camp’s laundry into the basement of the villa.

Eventually, the officer discovered the hidden Jews but, for a variety of reasons – none of them altruistic – he did not turn them in. As the Soviets approached and the Germans fled Poland, the 12 Jews, one of whom was pregnant, fled to the forest and joined the partisans.

There are many more twists and turns to Gut Opdyke’s story, but she ended up in California, where she married an American man who was the only person in the United States who knew anything about her painful and heroic past. Gut Opdyke was moved to begin speaking about her experiences only after she received a random call from a Holocaust denier. For the rest of her life, she was a Holocaust educator who shared the story her daughter, Smith, shared with the women at Choices.

Smith expressed gratitude toward the Jewish Federation of Portland because they paid for her father to live out his life in the Jewish seniors home once he developed Alzheimer’s. Commenting about Federation, she said, “One person can make a difference, and an organization can make a mighty difference.” She concluded with what she said her mother used to end her speeches with as well: “Every day we have an opportunity to be kind, to stand up for what is right and to go against what is wrong. We can be the difference in someone’s life.”

Both Wise and Smith received standing ovations for their heartfelt stories of love and resilience.

Leanne Hazon was one of the first-time attendees at the event. Having lived in Toronto for the last 18 years, the Richmond native returned to Metro Vancouver earlier this year for work.

“I thought the whole event was amazing!” she said. “It had such a nice vibe and feeling of community, very warm and welcoming. And the speakers were exceptional…. Sherri Wise’s message of forgiveness was so powerful and Jeannie Smith’s story about her mom was very moving.”

For more information on Jewish Federation and its annual campaign, visit jewishvancouver.com.