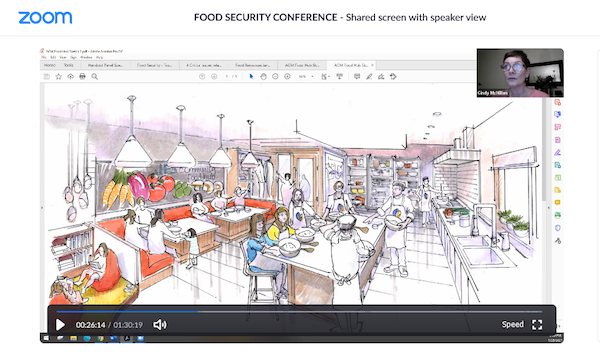 As Vancouver-area synagogues cautiously edge their way toward reinstituting in-person religious services, many rabbis are doing a rethink about the impact that the past 17 months of closure has had on their congregations.

Finding a way to maintain a community connection for thousands of Jewish families became an imperative for all of the synagogues early on in the pandemic. Not surprisingly, for many, the answer became cutting-edge technology. But careful brainstorming and halachic deliberations remained at the heart of how each congregation addressed these urgent needs.

“We immediately realized that services per se were not going to work over electronic medium,” Congregation Schara Tzedeck’s Rabbi Andrew Rosenblatt told the Independent.

He said Orthodox rabbis across the world were already discussing halachah (Jewish law) in light of the pandemic when the province of British Columbia announced the shutdown in March of last year. “We realized that we weren’t going to offer any services,” he said. “We can’t have a minyan online.”

But that didn’t mean they couldn’t offer support. Schara Tzedeck’s answer to that need was only one of many innovative approaches that would come up. For example, to help congregants who had lost family members, the Orthodox shul devised a new ritual, as the reciting of the Mourner’s Kaddish requires a minyan (10 men or 10 men and women, depending on the level of orthodoxy, gathered together in one physical location).

“What we did is immediately [start a Zoom] study session in lieu of Kaddish. [The Mourner’s] Kaddish is based on this idea of doing a mitzvah act, which is meritorious for the sake of your loved one, so we substituted the study of Torah for the saying of Kaddish,” he explained.

For many other communities, such as the Conservative synagogue Congregation Beth Israel, the deliberations over how to apply halachah in unique moments such as these were just as intense. For these instances, said BI’s Rabbi Jonathan Infeld, rabbis saw another imperative.

“This is what is called she’at had’chak, or a time of pressure,” Infeld said. “It’s a special time, it’s a unique time, and so we adapted to the time period.”

The concept allows a reliance on less authoritative opinions in urgent situations. So, for example, with respect to reciting the Mourner’s Kaddish, Infeld said, “We felt that, especially in this time period, people would need that emotional connection, or would need that emotional comfort of saying Mourner’s Kaddish when they were in mourning, and so we have not considered this [internet gathering to be] a minyan, except for Mourner’s Kaddish,” Infeld said. He noted that the Committee on Jewish Law and Standards of the Rabbinical Assembly, which reviews halachic decisions for the Conservative movement, has adopted the same position.

Rabbi Shlomo Gabay, who leads the Orthodox Sephardi synagogue Congregation Beth Hamidrash, said that although his congregation would not hold Mourner’s Kaddish online, venues like Zoom played a vital role in allowing the congregation to meet during shivah, the first seven days of mourning. Like a traditional shivah, which takes place in the mourner’s home, often with a small number of visitors, an online shivah gave community members a chance to attend and extend support as well.

“That was actually an especially meaningful [opportunity],” Gabay said. “The mourners, one after another, told me that, first of all, you don’t often get the opportunity to have so many people in the room, all together, listening.”

For members of the Bayit Orthodox congregation in Richmond, an online shivah meant family on the other side of the country could attend as well. “What was most interesting, of course, was the people from all across the world,” remarked Rabbi Levi Varnai. “You can have people who are family, friends, cousins, from many places in the world, potentially.”

Vancouver’s Reform Congregation Temple Sholom also came to value the potential of blending online media with traditional venues. Rabbi Dan Moskovitz said the congregation had been streaming its services and classes as much as a decade before the pandemic arrived. But lifecycle events, he said, demanded a more personal approach, one that would still allow families to actually participate in reading from the Torah scroll, while not violating the restrictions on large public attendance.

“The big change is that we brought Torah to everybody’s home,” he said. Literally. Moskovitz or his associate, Rabbi Carey Brown, would deliver the scroll in a large, specially fitted container, along with a prayer book, instructions and other necessary accoutrements.

“We had a document camera so, when we streamed, you could look down on the Torah as it was being read on screen. Those were very special moments on a front porch when I would deliver Torah, socially distanced with a mask on, early on in the pandemic,” he said. “I had a mask and I had rubber gloves and they had a mask, and you put something down and you walked away. We got a little more comfortable with service transmission later on.”

Switching to online media also has broadened the opportunities for classes and social connections. Infeld said Beth Israel moved quickly to develop a roster of classes as soon as it knew that there would be a shutdown.

“We realized right away that we can’t shut down. We may need to close the physical building, but the congregation isn’t the building. The congregation is the soul [of Beth Israel]. We exist with or without the building,” he said. “And we realized that for us to make it through this time period in a strong way, and to emerge even stronger from it, we would have to increase our programming.”

He said the synagogue’s weekly Zoom and Learn program has been among its most popular, hosting experts from around the world and garnering up to 100 or more viewers each event. The synagogue also hosts a mussar (Jewish ethics) class that is regularly attended. “We never had a daily study session,” Infeld said. “Now we [do].”

For Chabad centres in the Vancouver area, virtual programming has been a cornerstone of success for years and they have expanded their reach, even during the pandemic. “We have had more classes and more lectures than ever before, with greater attendance,” said Rabbi Yechiel Baitelman, who runs Chabad Richmond.

Zoom and other online mediums mean that the centres don’t have to fly in presenters if they want to offer an event. Like other synagogues, Chabad Richmond can now connect their audiences directly with experts from anywhere in the world.

All of the synagogues that were contacted for this story acknowledged that online media services had played an important role in keeping their communities connected. And most felt that they will continue to use virtual meeting spaces and online streaming after the pandemic has ended.

“As our biggest barrier to Friday night participation was the fact that many families were trying to also fit in a Shabbat dinner with small children, the convenience of the Friday livestream is worth including in the future,” said Rabbi Philip Gibbs, who runs the North Shore Conservative synagogue Congregation Har El.

“We’re scoping bids to instal a Zoom room in our classroom space so that we can essentially run a blended environment,” Rosenblatt said. “We anticipate, when restrictions are lifted, some people will still want to participate by Zoom and some people will want to be in person.”

However, some congregations remain undecided as to whether Zoom will remain a constant in their services and programming.

Rabbi Susan Tendler said that the virtual meeting place didn’t necessarily mesh with all aspects of Congregation Beth Tikvah’s Conservative service, such as its tradition of forming small groups (chavurot) during services. “We are talking about what that will look like in the future,” she said, “yet realize that we must keep this door open.”

So is Burquest Jewish Community Association in Coquitlam, which is looking at hybrid services to support those who can’t attend in person. “But these activities will probably not be a major focus for us going forward,” said board member Dov Lank.

For Or Shalom, a Jewish Renewal congregation, developing ways to bolster classes, meditation retreats and other programs online was encouraging. Rabbi Hannah Dresner acknowledged that, if there were another shutdown, the congregation would be able to “make use of the many innovations we’ve conceived and lean into our mastery of virtual delivery.”

For a number of congregations, virtual services like Zoom appear to offer an answer to an age-old question: how to build a broader Jewish community in a world that remains uncertain at times and often aloof.

The Bayit’s leader, Rabbi Varnai, suggests it’s a matter of perspective. He said finding that answer starts with understanding what a bayit (home) – in this case, a Jewish house of worship – is meant to be.

The Bayit, he said, is “a place for gathering community members and for coming together. The question, how can we still be there for each other, causes us to realize that we can’t go back to as before.” After all, he said, “community service is about caring for each other.”

Kibbutz Magen member Shunit Dekel speaks via Skype to the almost 800 people who came out to Temple Sholom to show support for Israel. Dina Wachtel, executive director, Western Region, Canadian Friends of the Hebrew University, is at the podium. (photo from JFGV)

Close to 800 people gathered at Temple Sholom the night of July 27 to show solidarity between Canadians and the state of Israel.

Temple Sholom Rabbi Dan Moskovitz started the evening by leading the crowd in “Am Yisrael Chai,” and Jewish Federation of Greater Vancouver chair Diane Switzer read aloud a letter of support from Premier Christy Clark who wrote, “The current conflict in Israel and Gaza is of great concern to anyone who believes in democracy and human rights…. At this difficult time, let us remember the values we share with Israel: a vibrant, culturally rich, democratic nation committed to maintaining the rights of its citizens, regardless of gender or religion. Israel is an example not only to the region, but the world.”

The event featured a number of guest speakers, including Shunit Dekel, a member of Kibbutz Magen, and Farid Rohani, a businessman, social activist and a board member of the Laurier Institution. Dekel spoke via Skype from her home 4.3 kilometres outside of Gaza. Her kibbutz was forced into lockdown three times last week, because of the danger posed by the underground tunnels connecting it with Gaza. Rohani addressed the issue of antisemitism in recent social media. Through his own analysis of Twitter, he concluded that the coverage is remarkably lopsided and that “remaining quiet is a disservice not only to the values that we share as Canadians, but to order and what is right.”

At the end of the night, community member Bill Levine remarked, “The tone of the evening was respectful, and stressed our desire for a peaceful resolution. It was good to see the community react in the spirit of coming together.”