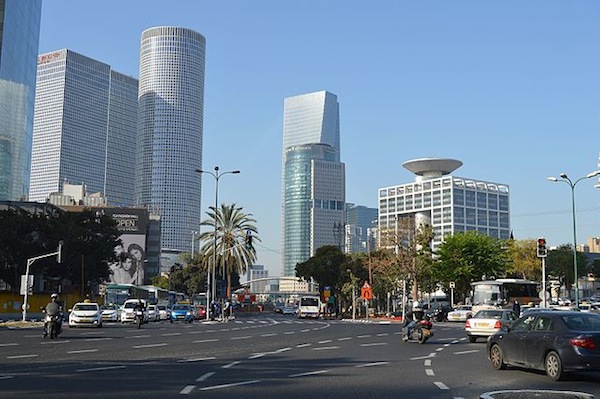 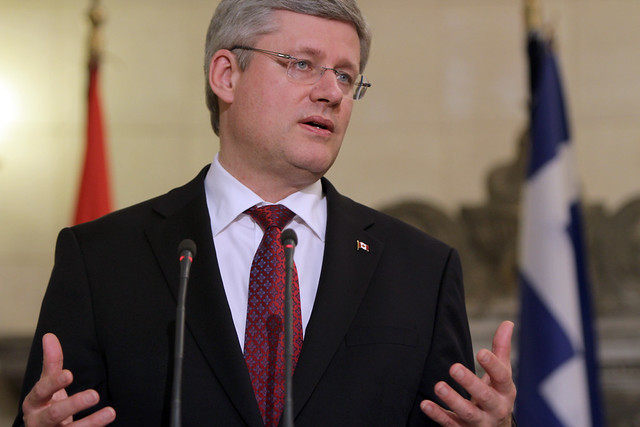 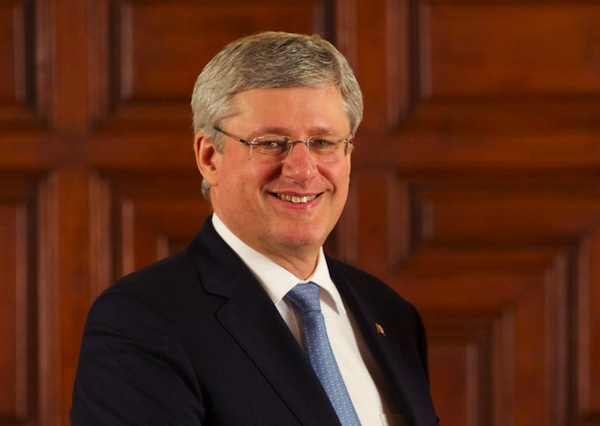 The Conservatives, Liberals and NDP have all expressed strong support for the Jewish state. Is there any difference between them?

Line up the platforms of the three main political parties and, despite the rhetoric, they are all solid allies of Israel.

The federal Conservatives, Liberals and NDP all profess support for Israel’s right to exist, for the nation’s right to defend itself and for a two-state solution. All three leaders have visited Israel, with Prime Minister Stephen Harper being the most recent to visit, in January 2014.

Indeed, Canadian political support for Israel has been consistent since the establishment of the Jewish state in 1948, said McGill sociology professor Morton Weinfeld.

It is rooted in a strong and shared Judeo-Christian tradition but has gotten a boost recently, as Canada and the West confront groups such as the Islamic State and other forms of militant Islam, he said.

The perception, especially among Jewish voters, however, is different.

“I think the perception is that Stephen Harper and the Conservatives are the most committed to Israel’s security,” Weinfeld said. “They [voters] would probably say the NDP would be less committed to Israel, not because of [NDP leader Thomas] Mulcair, but because of elements in the party. I would think the perception that the Liberals under [leader Justin] Trudeau would be in the middle.”

That perception is based in reality, since the Harper government has made clear and forceful statements about support for Israel, Weinfeld said.

However, Liberal MP and foreign affairs critic Marc Garneau pointed out that it is simply because Harper occupies the highest office in the country that his decisions have greater visibility than statements by other parties.

“There are no differences [between the Conservatives and the Liberals] in terms of a lot of the positions [on Israel], and I try to get the message across. I don’t get to do it in the public way that you do when you’re the prime minister and the government of Canada.”

Meanwhile, in what is shaping up to be a close three-way race, foreign policy, once only of interest to wonks and Ottawa insiders, is coming under closer scrutiny by voters.

The amplified attention being paid to foreign policy is being driven by a more sophisticated and diverse electorate that is more globally connected, said Chad Rogers, a partner in public affairs agency Crestview Strategy.

But it would be wrong to assume that the Tories’ especially vocal support of Israel is a ploy to woo Jewish voters. The electoral math, with Jews concentrated in a handful of ridings, doesn’t add up, said Rogers, who has worked on several Conservative campaigns.

Rather, the Tories’ support is part of a consistent worldview that is reflected in its defence of Ukraine and on issues such as opposing the persecution of gays in Iran or protecting Syrian refugees, he said.

“The mistake is to look at this and say it’s a political issue and it’s about Jews and Israel,” he said. “It’s a worldview that says we will side with democracies over countries that are not democracies.”

While Harper is portrayed as being in lock step with Israeli Prime Minister Binyamin Netanyahu, that’s not accurate, Rogers said. Harper “has been very frank” with the Israeli government on its policy on settlements.

For the Liberals, the greatest challenge is a political platform that’s identical to the Tories’ on support for Israel, but is perceived by some voters as weaker.

Trudeau “won’t make the issue of Israel a wedge issue. He believes Canada should support Israel because it is the right thing to do,” said Irwin Cotler, Liberal MP for Mount Royal and a former minister of justice and attorney general, who is not running for reelection.

In previous elections, brochures were distributed to Jewish voters in his riding and others alleging that Cotler and the Liberals had not been forceful enough in countering antisemitism and terrorism and in supporting Israel. Cotler believes this type of negative campaign cost the Liberals seats in heavily Jewish ridings, partly because the allegations seemed so absurd that the candidates did not mount a strong defence, but he believes it won’t be successful this time around.

In recent weeks, guests invited to a Toronto fundraiser for the Liberals, hosted by pharmaceutical magnate Barry Sherman, received an email from a Jewish Conservative supporter charging that Trudeau was less than the staunch ally of Israel he professes to be.

Sherman countered with another email which, like the original exchange, has been distributed beyond the initial circle of invited guests. Cotler said this is the tack that Liberals need to take.

“What Sherman did was to fight back with the facts and the truth, rather than letting those allegations take hold,” said Cotler.

While elections are usually fought on domestic issues, Cotler believes foreign affairs concerns “have come to the fore” in this election, spurred by the instability in the Middle East.

Many Jews are not single-issue voters, but the threat posed by Iran and the deteriorating situation in Syria “create a heightened concern in general, and among Canadian Jews in particular,” he added.

The NDP’s support for Israel puts it at odds with other leftist parties in Europe, which have taken a much harsher tone with Israel, but places it alongside other Canadian political parties, said Judy Wasylycia-Leis, a former NDP MP for Winnipeg North.

“The position is unique in social democratic parties because of Canada’s role as a peacekeeper and mediator generally in the world,” she said.

The NDP, especially under Mulcair, has shown unwavering support for Israel, she said.

Voters got a good look at how Mulcair would handle a crisis in the Middle East during the war in Gaza last summer. The NDP leader acknowledged that Hamas was a terrorist group and that Israel had a right to defend itself, while simultaneously lamenting the deaths of innocent civilians and calling for a ceasefire.

The intensified attention to foreign policy has left the parties competing for the title of who is Israel’s best ally.

While the Conservatives have painted themselves as “a strong friend” of Israel, Wasylycia-Leis disagrees. “I don’t think a good friend of Israel would use this as a wedge issue,” she said. The Tories’ uncritical support for Israel has made it a polarizing issue for Canadians instead. “I think the NDP has been criticized for offering a more nuanced, balanced approach.”

As foreign policy concerns play a greater role in the election, the question is to what degree this drives voters. In the Jewish community, it certainly plays a pivotal role for many voters, strategists say.

While “bread-and-butter issues,” – the economy, jobs and health care – have traditionally been the chief concerns for voters, Wasylycia-Leis, who’s been through 14 elections, said foreign affairs have taken on a new significance for Canadians because of the Tories’ handling of such issues as Bill C-51, which addresses terrorism, and domestic controversies, such as the legality of wearing the niqab at citizenship ceremonies. But, for Jewish voters, the issue takes on even greater importance, she said.

“Positioning on the Middle East conflict is very important for Jewish voters. I’m not so sure they appreciate the Conservative approach,” she said. “I think they also understand that approach doesn’t bring help in terms of a long-term solution that everyone wants.”

Weinfeld agrees that Jewish voters tend to show special interest in Israeli affairs, but especially in this election, when the Conservatives have positioned themselves as Israel’s strongest ally.

“The community is probably split at this point,” he said. “Those for whom Israel’s security is the Number 1 concern, and think things like the Iran deal are disastrous, would tend to lean toward Harper.” But “many would think that Harper’s position’s is too one-sided or that there are other domestic issues, which might lead them away from support from Harper.”

When we see online memes saying that a Canadian is more likely to die from an interaction with a moose than a terrorist, we can justifiably relax and even admire the characteristics of a country where a gangly antlered mammal is more to be feared than the kind of ideological threats rampant around the world.

The moose meme is part of a campaign that views the federal government of Prime Minister Stephen Harper as fear-mongering, trying to drive voters back to the Conservative party lest more “soft on terrorism” parties come to power in this fall’s election. The Conservatives’ weapon at hand is Bill C-51, which is seen by critics as a bludgeon against a mosquito.

It may be true that in the history of our country moose have been more deadly than terrorists, but times change. Moose are not mobilizing globally to attack civilians across the West. Vigilance tempered by pragmatism would seem to be in the Canadian tradition.

The difficulty of balancing overreaction with being prepared has been most evident in the mixed reaction to Bill C-51 from Canada’s opposition parties. Thomas Mulcair’s New Democrats voted against the bill; Justin Trudeau’s Liberals voted for it but Trudeau said he would make changes to the law if he forms government.

Canada has blessedly not suffered the magnitude of terrorist or hate-motivated violence seen in Europe recently, including the brutal Charlie Hebdo and Hyper Cache attacks. But we have seen so-called “lone wolf” violence in Saint-Jean-sur-Richelieu, where warrant officer Patrice Vincent was killed and another Canadian Forces personnel was injured, and in Ottawa, where Cpl. Nathan Cirillo was killed while standing guard at the War Memorial.

Barring a stunning reversal in a Conservative-dominated Senate, Bill C-51 will become law in the coming weeks. The legislation will make it easier for government departments to share information about Canadians across jurisdictional silos. It will also give police new powers to “preventatively” detain or restrict individuals who are suspected of plotting a terrorist act. It bans the “promotion of terrorism,” gives the public safety minister the right to add people to the country’s “no-fly list” and increases the powers of the Canadian Security Intelligence Service (CSIS).

CSIS is Canada’s spy agency and until now has had a role limited to observation. C-51 would expand that role to something called “disruptive” powers, allowing agents to act more directly in ways that are not fully spelled out.

Critics also fear a loss of individual privacy as, for example, tax information that is now secluded in the Canada Revenue Agency could be shared with other government departments.

These concerns are justified, particularly those that increase the powers of CSIS, which has been criticized for lacking adequate civilian oversight.

Some Canadian Jews, including the recently deceased Alan Borovoy, have been among Canada’s greatest civil libertarians and bulwarks against government overreach in individual lives. With a history deeply affected by totalitarian governments, some in our community may have a special sensitivity to legislation that threatens to impinge on individual rights. Because this is not an exact science, it will always be a matter for disagreement, with some arguing that security legislation goes too far and others declaring it absolutely necessary.

Most Canadians may be more vulnerable to a moose than a terrorist, but Jewish Canadians understand that terrorism needs to be taken seriously. Of course, so do civil liberties.

Canadians across the country will rally against Bill C-51 Saturday. Even so, it will almost certainly become law. When it does, concerned Canadians should pressure the government to improve civilian oversight of our spy agency, which is perhaps the most crucial measure needed to ensure the law does not lead to lawlessness by government officials.

We should also strengthen public vigilance by supporting organizations that monitor and measure government intrusions into private spheres, such as the Canadian Civil Liberties Association.

And we should do all we can to ensure that Canada remains a place that is both safe from a collective standpoint – and secure in terms of our individual liberties.