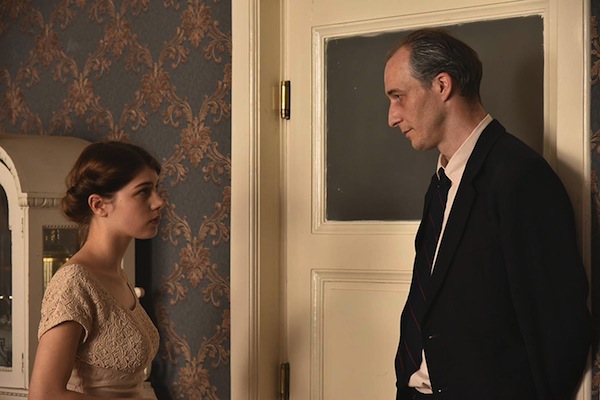 On Oct. 15, Congregation Beth Israel hosted an exhibition of Eastern European synagogues, sponsored by the Hungarian government. In his welcoming address at the opening, His Excellency Balint Odor, Hungarian ambassador, explained that Hungary is currently heading up the International Holocaust Remembrance Alliance (IHRA).

“IHRA is very relevant today in fighting spiraling antisemitism across Europe and around the world,” he said. “The mandate of IHRA is to combat all forms of racism, hate incitement and antisemitism, as well as promoting Holocaust education. This year, IHRA has focused a great deal of effort on illustrating the depth of Jewish culture in the region, in particular the synagogue.”

The traveling exhibit showcases renovated synagogues throughout East-Central Europe, from 1782-1944, some of which are still in use. Unlike in Germany and Austria, where the majority of synagogues were destroyed, many survived in Eastern Europe. From the 1970s onward, local municipalities restored and renovated synagogues. This work escalated following the fall of the Berlin Wall and the influx of foreign financial support.

The panels show a variety of different styles, ranging from cottage shuls to “palatial” synagogues. The richness and diversity of these places of worship are reminders of how vibrant Jewish life was in Europe prior to the Shoah.

The role of the presidency of IHRA offers Hungary the opportunity to confront its history and look back at the role the Hungarian state played in the genocide. Close to half a million Hungarian Jews perished during the Holocaust. Most of these people died in 1944 following the occupation of Hungary. At that time, every third victim in Auschwitz was a Hungarian Jew. Today, the Hungarian Jewish community is the largest in East-Central Europe. Most Hungarian Jews live in the capital, Budapest, which has some 20 working synagogues.

As Rabbi David Bluman said in his welcome of the ambassador: “The synagogues we see in this exhibit are not just the past, they are also the present for those who worship in them, and will be the future for European Jewry. This is very relevant for us here in our beautiful new synagogue – our present, our future.“