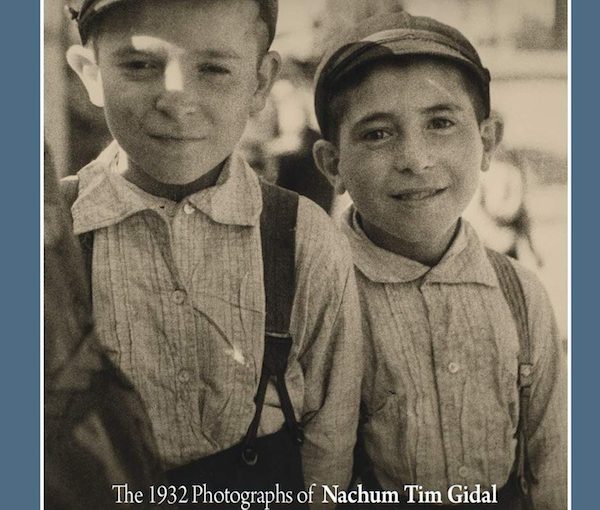 The book Memories of Jewish Poland: The 1932 Photographs of Nachum Tim Gidal lets the photos do most of the talking. And they speak strongly and with passion of a lively, bustling and diverse community, the vast majority of whom were killed in the Holocaust.

“Of the 3.3 million Jewish residents of Poland before World War II, only 380,000 were still alive by 1945,” notes the book’s curator, local scholar, writer and philanthropist Yosef Wosk, in the preface. Wosk will help launch the release of Memories of Jewish Poland on Feb. 11, in a “prologue” event of the Cherie Smith JCC Jewish Book Festival, which opens Feb. 20. He also helped organize Invisible Curtain, the current exhibit of Gidal’s work that is being co-presented by the festival with the Zack Gallery.

Wosk was friends with Gidal, who he met in Jerusalem, where Gidal lived. Born in Munich in 1909, Gidal had made aliyah in 1936, but then lived in various places before returning to Jerusalem in 1970; he passed away in 1996. It was not only Gidal’s dying wish that the 1932 Polish photos be published in book form, but that they be allowed to “speak for themselves.” And that request has been honoured. In addition to Wosk’s brief preface, the book opens with some notes written by Gidal for a 1984 exhibit and includes an introduction to Gidal’s work by photography historian, researcher, author and curator Nissan N. Perez, founder of the Israel Museum’s photography department. At the end, there is a list of the plates included in the book and a brief biography of Gidal. A map of Poland, indicating the locations in which the photos were taken, bookends the commentary and photographs.

“This book illustrates the largest number of photographs from Gidal’s Polish photo essay ever assembled. It is not, however, a catalogue raisonné: more than 20 images are not included,” writes Wosk. The reproductions included in the volume are taken from prints in Wosk’s collection and that of the Israel Museum. Wosk thanks Diane Evans, “master teacher, photographer, bookseller and friend in photography,” for serving “as a patient, experienced and disciplined midwife in giving birth to this book.”

Gidal – born Ignaz Nachum Gidalawitsch – was motivated to travel to Poland “by his desire to know more about his family’s background,” writes Perez. The photographs Gidal took were “actually a rather small chapter of his oeuvre at the beginning of his outstanding career, an exercise in perfecting his vision.”

“He gains the interest of the viewer not by staging elaborate scenes, but by capturing expressions and gestures that can only be described as both intimate and straightforward,” explains Perez. “As he said in one of the many meetings conducted toward the exhibition in 1995, ‘My photographs, I like to think, are variations on the everlasting tragicomedy of human life.’” 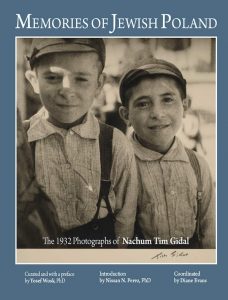 The images in Memories of Jewish Poland are prime examples of Gidal’s ability to capture images of life as it is happening, in all its unromantic but beautiful distinction.

“In the heterogenous assembly of the Polish galut (diaspora), I myself became immersed in the flow of Jewish life from the past to the future,” wrote Gidal for the 1984 exhibit. “When we left Poland after three weeks, I had passed through an invisible curtain, which had separated East and West. Now the curtain had opened, and I was made to feel the unifying presence of Jewry.”

A selection of Gidal’s 1932 Polish photos is currently on display at the Zack Gallery (for the full story, click here). The Memories of Jewish Poland book will be launched at a virtual Cherie Smith JCC Jewish Book Festival prologue event Feb. 11, 7 p.m. For tickets to the prologue and other Jewish Book Festival events, visit jccgv.com/jewish-book-festival.