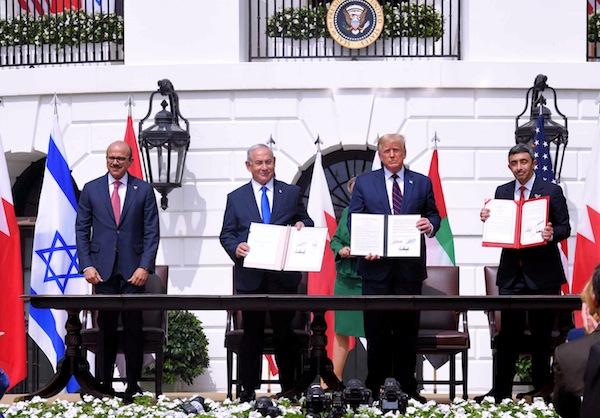 Marty Ginsburg (Armie Hammer) and Ruth Bader Ginsburg (Felicity Jones) arrive at court in On the Basis of Sex. (photo from Focus Features)

A news flash for members of the tribe who’ve been kvelling over a Jewish woman on the U.S. Supreme Court for fully a quarter of a century: Ruth Bader Ginsburg long ago matriculated beyond a symbol of ethnic achievement.

Last year’s hit documentary, RBG, noted that Justice Ginsburg is an enormously popular role model for women in their teens and 20s, and she has achieved pop culture celebrity to boot. The latest film – released recently in Canada and, as of press time, still playing in Metro Vancouver – is On the Basis of Sex, which applies the Hollywood treatment to Ginsburg’s beginnings as a smart but struggling lawyer and situates her smack in the mainstream. To coin a Lincolnesque testimonial, now she belongs to the masses.

Director Mimi Leder and screenwriter Daniel Stiepleman (who happens to be Ruth and Marty Ginsburg’s nephew) frame On the Basis of Sex as an underdog saga. And, like a lot of underdogs in Hollywood movies, our heroine has a superpower that she only discovers – and masters – on her journey.

The movie is effective, and ultimately inspiring, in a way that doesn’t remotely challenge viewers other than to ask them to follow clever legal strategies.

The film opens with Ginsburg’s first days at Harvard Law School, where her husband Marty is in his second year. Immediately and repeatedly, she (and the viewer) is reminded of her second-class status as a woman in a man’s world.

It takes awhile to reconcile the confident Justice Ginsburg of public record with the somewhat skittish character that British actress Felicity Jones creates. On the one hand, as a wife and a mother who – like every other aspiring woman professional of the time – never wears pants, Ginsburg is plainly a grownup. But she’s patronized by everyone from the law school’s WASPy dean (a villainous Sam Waterston) to her husband (a stalwart Armie Hammer), and she risks being seen as a rabble-rouser (it’s the late 1950s) simply by standing up for herself.

Although the film does not conceal or finesse the Ginsburgs’ Jewishness, it presents casual misogyny and the entrenched old boys’ network, not antisemitism, as the obstacles Ruth needs to navigate. Consequently, she has to devise ways – both direct and elliptical – to raise the consciousness of every ally, including her devoted husband, before she can even challenge potential adversaries. While Marty certainly recognizes his wife’s brilliance, he’s a product of his upbringing and the times.

On the Basis of Sex or, as it’s referred to at your favourite corned beef dispensary, “RBG: The Early Years,” devotes considerable screen time to the couple’s relationship and, for many viewers, that will serve as the emotional heart of the film. Others will derive more pleasure from Ginsburg finding her footing and her voice as a scholarly attorney.

As Stiepleman noted in an interview during a recent visit to San Francisco, “Coming out of law school, [Ginsburg] had three strikes against her: she was a woman, she was a mother and she was a Jew. Any one of those things alone, law firms had taken the risk. It was the three together that made her unhire-able in their eyes.”

Unable to find a job practising law, she takes a teaching position. Through a combination of determination, persistence and luck, she comes across a unique case that addresses the inequities of gender discrimination. The complainant, who looked after his mother but was denied the tax deduction for caregivers, is a man.

Earlier in the film, there’s a crucial chain of events when her husband is diagnosed with cancer. Ginsburg not only took care of him (and their small daughter), but got them both through law school. That experience as a caregiver gives her both the empathy and the understanding to identify with and persuade her would-be client, as well as to research and argue the case.

The lengthy courtroom scene that comprises the film’s last 20 minutes or so is genuinely effective and even emotional, despite the formulaic staging and the fact that we know Ginsburg will prevail. At the pivotal moment, we witness a character coming into her own, grasping her abilities and realizing her destiny. And with that, the underdog becomes a superhero.

On the Basis of Sex is rated PG-13 for some language and suggestive content.