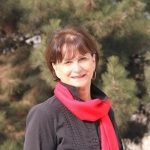 I knew the printer wasn’t working when no typed pages flew out of its up-front opening where typed pages are supposed to fly out. Great! I spend a week feeding it $18 cartridges of yellow, magenta and black, and now that its appetite had been sated, no output. And, by the way, what marketing genius conceived of the scam where the color “black” demands yellow and magenta. It makes as much sense as filling your car with gas but the car won’t go unless you also buy a six pack of beer and two bags of potato chips.

Clearly, I needed a new printer. This clever machine announced its death in a dialect that even I understood. After some 10 years of service, it had gone to that junkyard in the sky where you could print black without magenta or yellow.

I needed a new printer. Even worse, I would have to properly introduce the printer to the computer. I’m a scribbler not an engineer. But then relief, as I thought of my great-grandchild in kindergarten. He was already 6 – he knew all about ’puters, as he called them. No, not a good idea – better my third-grade grandchild – much more experienced.

That thought cost me a quart of strawberry ripple ice cream, and alarm at his mature and loud vocabulary as failure followed failure. Then inspiration lightened the room as I thought of an engineering friend who loved key lime pie. My wife, who didn’t know a printer from a nuclear reactor either, had just made a key lime pie! What followed was the shortest marketing phone conversation on record.

“Henry, come on over and help me share a key lime pie.”

He came. Ate three pounds of key lime pie. We finished. The pie was as dead as the printer. Henry, though, full of pie, was – as I planned – in a jovial mood. I showed him around our house. And, somehow, we ended in the computer room.

“Hey Ted, the wire between the computer and printer isn’t connected.” (My third grader never noticed that! Public schools today are atrocious.) At this point, I hung my head and confessed the whole key lime pie inducement scheme. Nonetheless, my friend – what a friend! – jumped in the driver’s seat. He pushed buttons, tied wires, cursed, sweated. He condemned every printer you could imagine, as my chaste computer wouldn’t mate with the printer.

I didn’t get the whole picture but it had something to with it being a new printer and the ’puter having an old operating system. Such snobbery. It was age discrimination. That lousy printer should end up in court for rejecting the advances of my senior computer.

Not to worry, however. As in most fairytales – though this story is the absolute truth – we somehow found a happy ending. My friend, his forehead wet with frustration, mentioned that he saw another printer in my bedroom.

The word “old” rang in the room like a bell. His eyes lit up like he’d just drained a fifth of champagne.

Sure enough, the old printer loved that old operating system. The two devices mated in front of our eyes. In fact, together they made this love story.

Ted Roberts is a freelance writer and humorist living in Huntsville, Ala. His website is wonderwordworks.com.

On Oct. 22, 200 teachers from across British Columbia and Ontario participated in Code Class, a one-day coding and computational thinking crash course.

The inaugural class was hosted by coding education experts Lighthouse Labs, which partnered with Kids Code Jeunesse, a nonprofit dedicated to empowering kids and teachers through code, and Computer Using Educators of British Columbia (CUEBC).

Computational thinking is problem solving; it’s understanding larger structures with both human and technological systems. It could be as simple as following a recipe, or as advanced as coding a website. Computational thinking is to computers as astronomy is to telescopes; it’s about how people conceptualize information, and how they put those concepts into practise.

With the introduction of code into the new ADST (Applied Design, Skills and Technologies) curriculum across British Columbia, Code Class organizers believe that it is more important than ever to invest in teachers and to give them the tools and resources needed to bring code into the classroom.

“Lighthouse Labs is proud to support teachers across Canada,” said Jewish community member Jeremy Shaki, co-founder of Lighthouse Labs. “We believe that great education starts with great teachers and grows from there. The best solution for incorporating technology into the classroom is to provide teachers with the tools and resources they need to inspire their students.”

“By educating children with the tools needed to create and communicate within the 21st century, we are providing them with the skills needed to build their own future success,” said Kate Arthur, founder and co-director of Kids Code Jeunesse, which is based on the belief that coding is a basic literacy as important as reading, writing or math.

K-12 teachers of all subjects who attended the 2016 CUEBC conference could participate in the free-of-charge one-day workshop held at School District 43’s École Riverside Secondary School in Port Coquitlam. More than two dozen software developers from local technology companies mentored participants during the workshop, and no previous coding experience was required to attend.

Computational thinking already exists within some key aspects of teachers’ classrooms, said Jon Hamlin, president of CUEBC, an organization of volunteer teachers in the province dedicated to promoting the educational uses of technology in schools. “We hope to reframe their understanding of the subject, see how it connects in cross-curricular ways, and see computers and coding from a new perspective. Together with Lighthouse Labs, we aim to support all K-12 teachers in their adoption of the new ADST provincial curriculum.”

For more information about Lighthouse Labs, its approach to teaching web and mobile software development, and the courses it offers, visit lighthouselabs.ca.