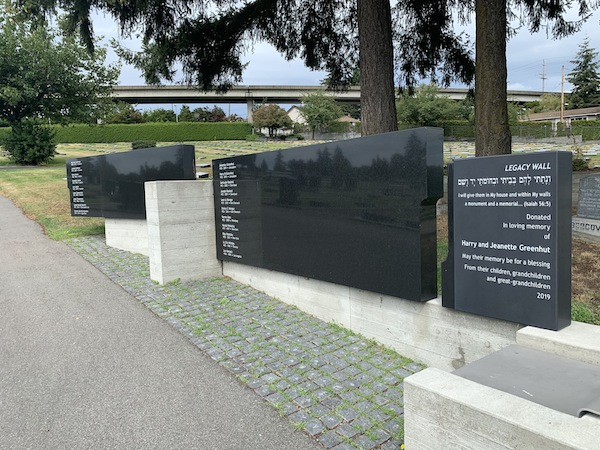 Vancouver City Council has voted in favour of an agreement giving Congregation Or Shalom the right to develop a section of Mountain View Cemetery for use by the synagogue’s members. This follows three-and-a-half years of discussion and negotiations with the city, which owns and operates the historic cemetery.

The agreement will provide 64 burial plots (128 if shared) for purchase by Or Shalom members. The section is located along the west side of Fraser Street, extending south from 33rd Avenue, slightly north of the original Jewish section managed by Congregation Schara Tzedeck.

The Or Shalom cemetery committee is now focusing on the layout and landscaping of the site, developing policies for rights of purchase, and planning for a formal dedication of the section.

On April 19, Rabbi Hannah Dresner and Rabbi Susan Shamash will present a teaching on halachic issues that will help the congregation shape its burial practices. A community information and feedback meeting is planned for May 11, with the dedication ceremony tentatively scheduled for June 11. Policies relating to the cemetery will be available for comment before the community meeting.

The creation of a cemetery marks a major milestone for Or Shalom, giving it, for the first time, the opportunity to provide “cradle-to-grave” services for members. All purchases will be made directly with Mountain View after being authorized by Or Shalom.

Mountain View Cemetery dates back to the early days of Vancouver. Land was set aside for the cemetery in 1886, the same year as the city’s incorporation. The second mayor of Vancouver, David Oppenheimer, secured a portion of Mountain View for Vancouver’s Jewish community.

Mountain View remains the only cemetery within the city limits of Vancouver. A visit to the grounds, open to the public, gives a view of the past 130 years, with graves dating from the Gold Rush era, through two world wars and other military conflicts and various epidemics. It provides a glimpse at the ongoing growth of diversity in the city’s population.

The idea for an Or Shalom section of Mountain View came about somewhat coincidentally, when, in October 2013, several Or Shalom members – including Dodie Katzenstein, Marty Puterman, Pat Gill and John Fuerst – attended a walking tour of the cemetery sponsored by Schara Tzedeck and the Jewish Museum and Archives of British Columbia. This ad-hoc planning committee, with the board’s consent, began to explore the possibility of finding space for the Or Shalom community. Working with the cemetery’s manager, Glen Hodges, the committee was able to negotiate a legal contract with the City of Vancouver, which City Council approved on Feb. 8.

The cemetery committee, in addition to its four original members, now includes Dresner and Shamash, with input from Dave Kauffman. Catherine Berris, an Or Shalom member and an experienced landscape architect with a special interest in cemeteries, has volunteered her assistance in planning the site.

More information will be provided as the project proceeds.