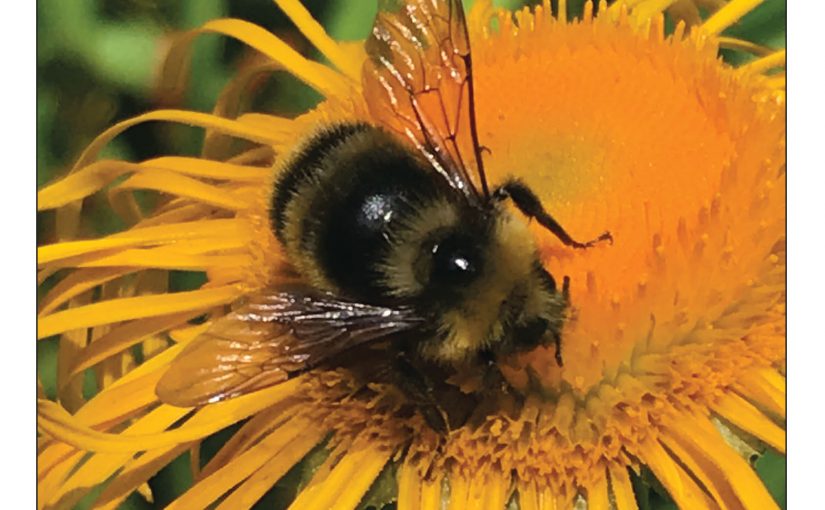 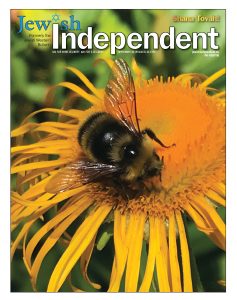 Around the world, bee populations have been decreasing in number, year by year, at an alarming rate. Such a tragedy isn’t just stinging the beekeepers, whose livelihoods depend on the honey-making insects, it’s affecting global agriculture.

And there’s more at stake than just honey production. Bees’ handiwork assists in the growth of myriad foodstuffs. In fact, millions of honey bees are depended upon to pollinate plants and crops, which produce a quarter of the food we consume.

According to Science Daily from May 2015, beekeepers across the United States lost more than 40% of their honey bee colonies from April 2014 to April 2015, compared to the previous year’s decrease of 34%.

This is determined from an annual cross-country survey that is funded by the U.S. Department of Agriculture and conducted by Bee Informed Partnership with the Apiary Inspectors of America.

The survey asked commercial and small-scale beekeepers to track the health and survival rates of their honey bee colonies, in an effort to understand how to manage the decreasing population. This is the ninth straight year of losses. It’s referred to as colony collapse disorder.

More than 6,000 beekeepers, who manage 400,000 colonies from all 50 U.S. states responded. All told, these beekeepers are responsible for nearly 15% of the nation’s estimated 2.74 million managed honey bee colonies. The total economic value of honey bee pollination is said to be more than $15 billion each year in the United States alone.

Among small beekeepers – those who manage fewer than 50 colonies – a problem area appears to be the varroa mite, a lethal parasite, able to spread between colonies.

Beekeepers, environmental groups and some scientists also suspect blame lies with an insecticide known as neonicotinoids, or neonics. It is used on crops, such as corn, and on plants found in lawns and gardens. Its toll has been taken seriously enough that the Environmental Protection Agency is examining a series of studies on the insecticide and its effects on bees. The investigation is expected to be completed by year’s end.

The issue has even caught the attention of administrators at the White House, who have formed a task force to study the problem.

In Canada, the problem is even worse.

In Ontario, bee losses have been severe over the last few winters, measuring a decline of 58% in 2013-2014, due to a combination of extreme cold, mites, disease and the types of pesticides used on crops.

While it has experts scrambling for a solution, some people and companies are taking matters into their own hands.

One hotel is doing its part to increase the bee population. On the roof of the downtown Fairmont Royal York in Toronto, about 300,000 bees perch in six hives that produce anywhere between 500 and 900 pounds of honey per year. The hotel offers it to guests, and uses it in recipes.

CBC also recently installed hives on its rooftops in Toronto and Montreal, while Vancouver Police will build two hives at its headquarters.

Meanwhile, across the pond in England, the BBC reported that, in January 2014, in more than half of European countries, there were not enough honey bees to pollinate crops. And more than 14% of England’s honey bee colonies died over the winter, according to the latest research from the British Beekeepers Association (BBKA).

In the United Kingdom alone, nearly 90% of the apple crop and 45% of the strawberry crop relies on wild bees and managed honey bees to grow. It is a billion dollar economy there.

The BBKA’s annual survey of beekeepers across Great Britain showed the losses were up from nine percent last year, but lower than the year before; normal losses are about 10%. It blames “poor and variable weather, pesticides, bee diseases and parasites such as the varroa mite and starvation.”

To make matters worse, demand for the little honey-making insects has grown, while their numbers shrink.

Europe is experiencing a boom in biofuels, which is the result of the “EU renewable fuel directive,” where 10% of transport fuel must come from renewable sources by 2020. What that means for farming is planting a third more “oil” crops, like soybeans, oil palm, oilseed rape, sunflowers – all of which require ramping up bee numbers, which simply aren’t there.

According to the journal Plos One, Great Britain has only a quarter of the bees they need – their deficit equaling seven billion honey bees.

In light of this, as we approach Rosh Hashanah, you may think more about that little jar of honey on the festive meal table – millions, or perhaps billions, of honey bees came together to create that sweet liquid.

We know that the symbolism of honey on Rosh Hashanah is to have a sweet New Year. But there’s more: bees and the Jewish people are alike in many ways.

There’s little we can accomplish if we are alone; much that we can accomplish if we combine our efforts towards our goals as a people. We are more productive when in a community; our “hives” are our communities and synagogues, where we are needed – in fact, required – to be drawn to the whole. The honey bee teaches us that we must come together and work towards a higher purpose.

May everything go well next year not only for ourselves, friends, family and others, but for our little busy bee friends, buzz’mun hazeh!

Dave Gordon is a Toronto-based freelance writer whose work has appeared in more than a hundred publications around the world.

Simon Fraser University professor Mark Winston’s book on his lifetime as a world-leading bee expert – Bee Time: Lessons from the Hive – won this year’s Governor General’s Literary Award for nonfiction. According to the awards jury, Winston’s book “distils a life’s devotion to the study of bees into a powerful and lyrical meditation on humanity. This compelling book inspires us to reevaluate our own relationships both with each other and the natural world. Vital reading for our time.”

In Bee Time, Winston investigates the many influences bees have had on human society, and what we can learn from how bees have responded to their own societal challenges. Earlier this year, the book, published by Harvard University Press, was lauded with a Canadian Science Writers’ Association award.

“I look to the Governor General list every fall for good books to read, so for Bee Time to be on the list is an enormous thrill, and an extraordinary honor,” said Winston, who shares his reflections on three decades as a bee biologist in his award-winning book.

As one of the world’s authorities on bees and pollination, Winston has devoted his career to research and teaching, as well as writing and providing commentary on bees, environmental issues and science policy. Now a professor and senior fellow at Simon Fraser University’s Centre for Dialogue and founder of the Semester in Dialogue program (launched in 2002), he has written six previous books on topics from bees to the environment, and has been a consistently sought-out expert by national and international media.

“From altering our understanding of agricultural ecosystems to how urban planners are looking to bees to design more nature-friendly cities, I tried in Bee Time to offer practical views about the many lessons we can learn from bees, but also to express how grateful I am to bees for what they’ve taught me about collaboration, communication and interaction,” explained Winston, who continues to write a blog, winstonhive.com. A New York Times editorial he wrote (July 15, 2014) on the book was the most read NYT article for two consecutive days.

Among his many accolades, Winston is a co-winner of the Science Council of British Columbia’s 1992 Gold Medal in the natural sciences for his role in discoveries that resulted in an entirely new understanding of how bees communicate.

Governor General’s Literary Award recipients receive $25,000 and are celebrated at a gala event at Rideau Hall. This year, nearly 1,000 titles were submitted for the seven English-language categories. The awards are presented annually by the Canada Council for the Arts. For more details and a complete list of winners, see ggbooks.ca.