Rabbi Allan Finkel of Winnipeg’s Temple Shalom spoke about addiction in the Jewish community and Jewish-based recovery during a Nov. 6 Zoom presentation organized by Kolot Mayim Reform Temple in Victoria.

The talk was the first of Kolot Mayim’s 2022/23 lecture series entitled Hineini: Answering the Call to Heal the World. It widened the definition of addictions to go beyond those that are substance-based to include dozens that are behavioural. Finkel also explored new research on the causes of addiction, particularly childhood trauma.

“My name is Allan and I am an addict,” he began. “This was a huge hineini, when I first said ‘here I am.’ This was my declaration 13 years ago. At that time, hineini meant here I am at the bottom of a drug addiction, I am broken and I am open to an unknown path that might lead to recovery.”

That path, starting at Narcotics Anonymous, would take him on a spiritual journey, reconnecting him with his Judaism and leading him to become a rabbi.

For his rabbinical program, Finkel wrote his thesis on addictions in the Jewish community. “I was curious to know what we might learn as rabbis, and how we can carry our journey forward in terms of serving our congregations,” he said. “It is a mental health issue, and there wasn’t very much known about it…. And there are certain issues, particularly within the Jewish community, that made it a topic that I wanted to explore.”

Beginning in the early 2000s, research began to demonstrate that, to understand addictions, one needed to look beyond substances and towards behavioural addictions, which can encompass many areas: shopping, food, internet and gambling, among them. More recently: cellphone use, online gaming and video gaming.

From this standpoint, the number of people demonstrating addictive behaviour reaches 47%, according to studies Finkel cited, though he suggested the number is likely far higher. A commonality among people with addictive behaviours is the inability to stop, no matter what harm it does to those around them and to themselves.

Returning to the denial of addiction in the Jewish community, Finkel proposed that one cause is the long-standing fear of shame, which could be triggered by an admission of a problem at a synagogue, Jewish school or other institution. Looking at areas of the Torah, such as the story of Noah, he explained, one sees that “the Jewish denial of addiction is social and cultural, it is not religious in orientation.”

Within the past decade, there has been a broader consensus within Jewish institutions that addiction is not a moral failing, but instead can be caused by the same factors that result in other mood and psychological disorders.

Using the work of Vancouver physician Dr. Gabor Maté, Finkel noted that all addictive behaviour can be traced to something that happened when a person was very young. “Not everyone who was traumatized becomes an addict, but every addict was traumatized.”

One conclusion Finkel draws is the need to destigmatize the word “addiction.” He stressed that an addiction, as stated in the American Psychiatric Association’s 2013 manual on mental disorders, is a means of coping no different from any other mental health disease.

A second takeaway is that adults and not children bear much of the responsibility for addictions; in other words, no child ever dreams of becoming an addict. Children do not have the rational skills to take on and cope in a non-destructive way with trauma that happens to them.

Further, Finkel argued that real recovery is not simply about stopping addictive behaviour, but about going back to one’s past and taking care of the fears and resentments of childhood, as well as the habits that build up over a lifetime.

Finkel told the audience that it has been more than 10 years after his last relapse. He said the rewards of recovery have been immense and have brought incredible relationships with his children, himself and life.

Finkel is an outspoken advocate for interfaith engagement and for the building of strong bridges and partnerships across all denominations within the Jewish community. He currently chairs the Winnipeg Council of Rabbis.

A video of Finkel’s lecture is posted at kolotmayimreformtemple.com.

Rabbi Allan Finkel provided this list of resources for those experiencing addiction and those close to them: 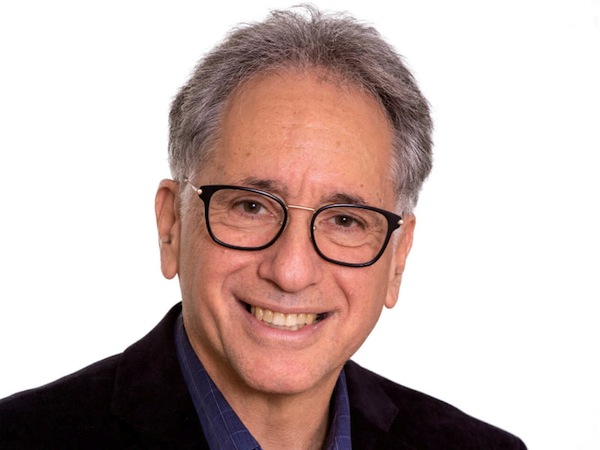 Five Reform synagogues in Western Canada have banded together to offer their congregants greater opportunities to share resources, participate in services, celebrate holidays, and connect at cultural and educational events. The congregations participating in the Western Canadian Reform Collaboration include Temple B’nai Tikvah in Calgary, Temple Beth Ora in Edmonton, Kolot Mayim Reform Congregation in Victoria, Temple Sholom in Vancouver and Temple Shalom in Winnipeg.

Rabbi Allan Finkel, spiritual leader of the Winnipeg congregation, initiated the collaboration. “I had come to recognize that, because of COVID-19, we were all starting to develop innovative digital content – educational and cultural programs and events – that we were each delivering within our own congregations and communities,” Finkel said.

The delivery of that digital content, whether for holiday celebrations or for Jewish ritual events such as baby namings and shivas, consistently demonstrated that people thousands of miles apart could sit side by side online and connect in meaningful and spiritual ways.

“For me, the Western Canadian Reform Collaboration was a practical next step – simply, the opportunity for each of us to share our unique liberal Jewish programs and events with fellow congregations and congregants across Western Canada,” he said.

Reform Judaism in Western Canada, as in the rest of the country, remains a relatively small denomination compared to that of the United States. And yet, every one of the synagogues has experienced increased membership interest and engagement in the months since COVID arrived and synagogue life moved from the sanctuary to virtual space.

“Surprisingly, our participation has risen sharply during the pandemic,” said Rabbi Mark Glickman, spiritual leader at Calgary’s Temple B’nai Tikvah. “I think the isolation that people are feeling has made them yearn for connection, which is something the religious community is uniquely positioned to provide.”

Rabbi Lynn Greenhough has found that to be the case among her congregants in Victoria, as well. “We have had more people attend services than ever before,” she said. “Their attendance may be a human hunger for connection with others. Even if all we see is a face and hear one voice at a time, there is connection and continuity.”

That sense of connection and continuity will be enhanced through joint programming with the other Western Reform synagogues. Much of the programming is still being developed, but it already includes a livestreamed, co-sponsored event scheduled for March in celebration of International Women’s Day. The event will be hosted by Finkel and feature Greenhough and Temple Beth Ora’s Rabbi Gila Caine as two of the speakers.

Even after COVID restrictions are lifted entirely and in-person synagogue attendance is allowed to resume, the Western rabbis intend to keep offering virtual programming and to keep working together. The collaboration might have been initiated by the pandemic, Greenhough said, but it is not limited to the pandemic. “In many ways, I think this pandemic has forced us to reassess what works for those of us in organized, institutional religious practice, what are our delivery systems, and how can we make these systems most effective and most inclusive,” she said.

That reassessment is motivating the members of the Reform collaboration to keep redefining what they mean by community, developing a variety of learning and liturgical opportunities, and breaking out beyond the traditional walls of their buildings.

“As for the long term of our Western Canadian Reform Collaboration,” Finkel said, “we see this as a work in progress as we figure out what to share and how, but it has a solid foundation of rabbis finding that we like each other and that we enjoy working with each other. Our championing of this initiative and in developing shared, co-sponsored events won’t stop when COVID-19 ends.”

This article originally was published on facebook.com/TheCJN. For more on Rabbi Lynn Greenhough, see jewishindependent.ca/kolot-mayim-installs-rabbi.