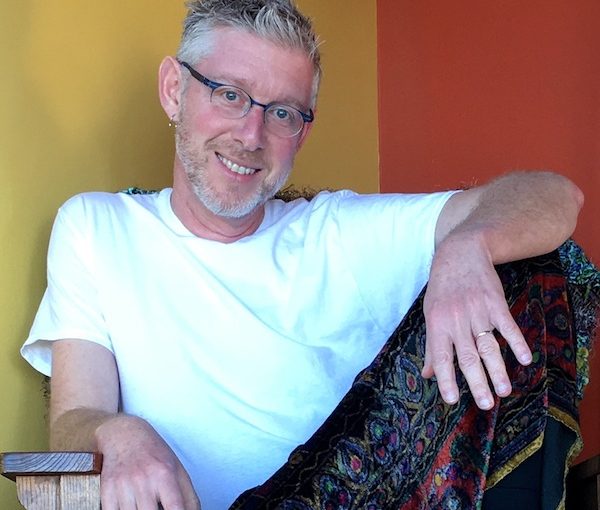 Irwin Keller is the kind of person most of us would like to be: curious about everything, smart, creative, always learning, always teaching. As one of the invited presenters for Limmud Vancouver ’20, he’ll be sharing some of his interests with the local community.

Keller’s first career was a long stint as a human rights lawyer specializing in AIDS and HIV-related discrimination. But, as a lifelong amateur musician, he also co-created the drag group the Kinsey Sicks. In 2006, he ended up serving as a lay leader for his congregation, which finally pushed him to go to rabbinical school, where he is now finishing up his training.

“I had always wanted to be a rabbi. When I had finished my undergraduate and was looking at applying to rabbinical school, in those days, there were no seminaries that accepted openly gay students,” Keller said. “I couldn’t do it unless I was willing to go back in the closet that I had just come out of – the closet was still warm – and I wasn’t willing to. It felt wrong. It was important for me to be in the rabbinate as who I was.”

Within just a year of deciding he couldn’t be a closeted rabbi, the AIDS epidemic began to tear through the gay community, and Keller began working on civil rights cases.

“Things can happen to people whether they’re legal or not. Often through some sort of ruse, or subterfuge,” he said. “As long as people didn’t want people with AIDS renting from them or working for them, they were going to find some way to get rid of them. That was our work.”

This work, which Keller describes as both holy and harrowing, led to the creation of the Kinsey Sicks. “Our community needed to laugh, needed to be delighted out of what we were experiencing every day.”

Momentum built and, after a few years, the group had an offer to produce their show off-Broadway.

“That was the point when we all quit our jobs. That was the last I ever practised law,” he said.

In all, Keller performed with the group for 21 years. Along the way, he taught himself enough Yiddish to be able to bring Yiddish music into the show, to both hilarious and touching effect. He had a recording of his great-grandmother singing the heart-tugging “Papirosn,” about an orphan boy trying to get by selling cigarettes on a street corner. Usually sung by women performers to mimic a child’s voice, Keller performed it in his drag persona Winnie, channeling the spirit of his great-grandmother and Yiddish theatre divas of a bygone era. You can watch it on YouTube: Keller playing a much older Jewish woman playing a young boy – gender collapses à la Victor/Victoria.

“Over the course of the maybe 18 years that I performed it, it was the most commented-on piece of music that we performed,” he said. “People were so moved – including non-Jews – that they were getting a window into Jewish culture that they were not getting from modern American culture.”

Keller’s U-turn into the rabbinate is perhaps long in coming, but not surprising. He describes both his civil rights law career and his drag performing career as holy work: the yin and yang of what a gay community needed at a devastating moment in its history. Moving onto the pulpit only took that energy to a different place.

“I moved to Sonoma County and joined a synagogue whose rabbi was in the process of leaving and there was a lot of turmoil. I volunteered to do some of the rabbinical work while they were searching,” he said. “But what came out of me was a lifetime of longing.”

And the congregation needed his brand of leadership, too. “I think my being the singing drag queen rabbi gave people a different kind of welcome,” he said.

“The way he plays with the looping of time, the anachronisms, in a way that is also invited by rabbinic tradition – there is no before or after Torah, everything can take place in any order,” explained Keller. “So you can get the Turkish sultan visiting Hagar, you can get Ruth and Polish peasants, and it’s still Torah.”

Keller’s other Limmud seminar will examine the story of Joseph.

“I try to identify where there are queer currents running through Torah,” he said. “I don’t specifically mean exclusively gay-themed moments, but moments that seem to suggest a certain kind of outsiderness and outsider outlook and alternative biography from what you’ve come to expect from ancient tales.”

Joseph falls into this category because of his distance from the normative family. Joseph spends most of his life at odds with a family that made him unsafe. His power comes when he is able to be away from this family and incognito, and his unmasking is both dangerous and liberating.

“What’s interesting to me here,” said Keller, “is that the rabbinic tradition finds him to be problematic. They have a tendency to locate his problematicity in his gender and sexuality. So, it’s not like we as modern people are for the first time noticing that there might be a queer angle to this story. For 1,000 years he’s been alarming the rabbis.”

Keller speaks of human rights, Jewish drag, Yiddish poetry and queer Torah with unflagging energy. But this isn’t even all. Get Keller talking about angels in the Jewish imagination, and it’s off to the races again: “There is a tradition around angels who densely populate all our mystical texts, as well as running rampant through Torah,” he said. “It’s interesting to me the worldview that holds angels as present in every space and every function. Every natural force is controlled by an angel, every period of time. Every hour of the day has an angel that oversees it.”

Perhaps another year, Keller will share more at Limmud about angels. In the meanwhile, his joyous brand of learning and thinking will be available in two presentations on March 1 at Limmud Vancouver, held at Congregation Beth Israel. Registration is now open at limmudvancouver.ca.

Faith Jones is a librarian and Yiddish translator in Vancouver. She is a regular teacher and attendee at Limmud Vancouver.