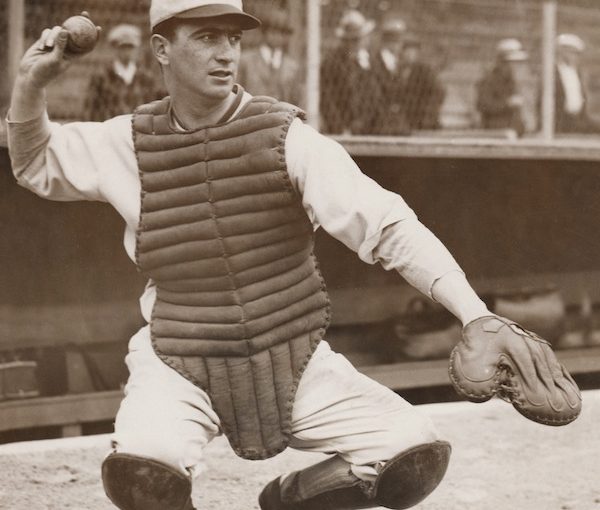 While world headlines focused on the landmark Iranian nuclear deal, an enormous billboard outside a Tel Aviv building announcing the upcoming opening of an Iranian embassy in Israel in August had the local social media community wondering whether it was an art installation, an anonymous peace group’s campaign or someone’s idea of a joke.

The Hebrew billboard included pictures of the two countries’ flags, a local phone number and the text: “Opening here soon – embassy of Iran in Israel.” It was erected at Rabin Square, the favored site for political peace rallies.

The mystery was solved in the last days of August by the people behind the sign. It was a public-relations stunt to drum up publicity for the new Israeli comedy Atomic Falafel, a madcap film about a nuclear conflict between Israel and Iran.

“A satirical comedy mocking ultra-militarism” is how producer Avraham Pirchi explained the film, which was scheduled to open in Israel on Sept. 10.

Atomic Falafel is the latest from director Dror Shaul, winner of the 2007 Sundance World Cinema Jury Prize for his semi-autobiographical film Sweet Mud. It tells the story of two girls – one in Israel, one in Iran – who spill their countries’ most valuable secrets on Facebook to prevent a nuclear crisis. The movie pits a wifi-connected younger generation against old-school warmongers in an effort to stop a preemptive Israeli attack on Iran’s nuclear facilities.

“Teenagers around the world today are much more similar than different to each other. They dress the same, listen to the same music and are not really interested in wars. I hope that the sane, logical side of Israel and the world will overcome the irresponsible one, and that my little boy born just two weeks after the end of shooting will be rewarded with a safe future,” said Shaul.

“When we started to make Atomic Falafel, we didn’t know we would be releasing the film when Iran’s nuclear power would be so relevant. But that’s what’s happened,” Pirchi told variety.com, adding that the film is “pro-peace and optimistic.”

Tara Melter, a German actress of Iranian descent who plays a supporting role in Atomic Falafel, raps the soundtrack’s title track, “Hitchki.” The song, composed by Bahar Henschel, is addictive.

Production company United Channel Movies (UCM) announced on Facebook that Atomic Falafel has all the makings of a hit, citing that the movie’s trailer (in Hebrew only) racked up more than 100,000 views in its first two hours online. UCM says it is in talks with international agents to secure wide distribution of the movie following its Israel release.

Israel21C is a nonprofit educational foundation with a mission to focus media and public attention on the 21st-century Israel that exists beyond the conflict. For more, or to donate, visit israel21c.org.

U.S. President Barack Obama has sent a letter to the Ayatollah Ali Khamenei requesting Iran’s support in the battle against ISIS. At a time when Israel’s relationship with the American administration is strained, the letter (which was apparently sent back in October and whose existence was recently reported by the Wall Street Journal) has sparked a great deal of reaction.

Stopping the Islamic State is and should be a global priority, but the softening of attitudes toward Iran’s regime is a concern. While there appears to be some progress in talks on Iran’s nuclear program – negotiations that are rapidly approaching a Nov. 24 deadline for an agreement – the hatred directed at Israel is as vibrant as ever. Just days ago, Khamenei tweeted an infographic titled “9 Key Questions About Elimination of Israel.”

The graphic design is better than the English grammar, but the message is unmistakable. No less than ever – and regardless of what we may read suggesting schisms in the highest reaches of the regime – the top leader is as committed as he ever was to the annihilation of Israel.

While insisting that, “of course, the elimination of Israel does not mean the massacre of Jewish people in the region,” the emphatic message is, put mildly, unwelcoming. Still, the world seems convinced that it’s a bluff. To see events at the United Nations, one would think it was Israel that was threatening to obliterate another member-state. Commentators dismiss destructive rhetoric like Khamenei’s as propaganda for domestic consumption, but most Jews, and anyone with a sense of history, take seriously threats like this at any time, but particularly in the week that we commemorate both the 76th anniversary of Kristallnacht and Remembrance Day.

Meanwhile, U.S. Secretary of State John Kerry insists any Iran overture is unrelated to the broader issues of the Middle East, as if the interconnected web of intrigues, hatreds and alliances could be unraveled from one another. And then, as if there are not enough issues in the world with which to be concerned, European states are lining up to recognize the “state of Palestine.” These legally meaningless but symbolic votes by Britain and Sweden, with more legislatures intending to follow suit, are meant to force negotiations toward a two-state solution, with an underlying assumption that Israel is to blame for the lack of progress. All the incitement to violence by Palestinian leaders and the recent upsurge in vehicular murders and stabbings of Israelis are blamed on the Israelis themselves, who must somehow deserve what they get.

Often, commentators, including Kerry recently, state that resolving the Israeli-Palestinian conflict is the lynchpin to resolving the broader conflict in the region. By obsessing about Israel, the UN, European powers and others are wasting their energies on a sideshow while the feature presentations get short shrift.