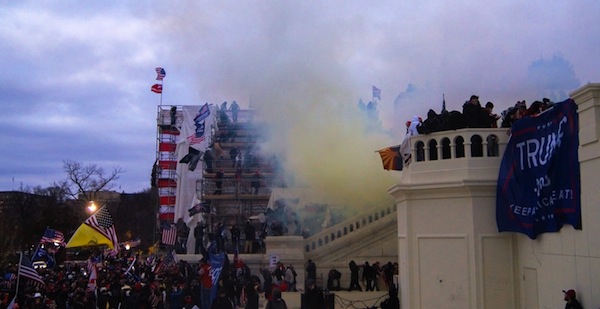 After the election of Joe Biden and Kamala Harris, many Jews were quick to celebrate that Harris’s husband Doug Emhoff is Jewish. Indeed, it is a win given the sharp rise in antisemitic expression and white supremacy we’ve seen in the United States, and which is bleeding over into Canada.

Jews often celebrate when someone like us makes it into a position of some influence. This time, it isn’t any particular achievement of Emhoff’s but, rather, his proximity to someone powerful.

Harris represents so many firsts: the first woman, the first person of South Asian and of Black heritage, and the first person married to a Jew to reach the vice-presidency. Her family is a positive representation of the dream of the United States, where anyone can become anything and where, crucially, diversity is a strength.

In open and free democracies, intermarriage is inevitable. If we are to live and work alongside each other, we will fall in love with each other. This isn’t a bad thing. Given how many people seem to hate Jews, it is nice that some people actually love us. I realize intermarriage is a perceived threat to Judaism; fears of assimilation are very real. And yet, Emhoff is proudly Jewish. His identity is not threatened by the multiple identities of his partner – they celebrate the many elements of who they are and where they come from.

Since the election, there have been many pieces published about how nice it is to see one’s intermarried family represented in the White House. Jewish communities have spent the past several decades trying to stop intermarriage. These efforts have failed and have even driven some Jews and their loved ones away from Judaism.

If we care about Jews and Judaism, including challenging the multiple threats we face, this kind of infighting really needs to stop. It’s time we embrace our pluralistic and diverse families, celebrate all those who wish to be and do Jewish, and recognize that there is so much in Judaism that is beautiful and meaningful, joys that can be experienced by all who are part of the wide web of Jewish families.

Rabbi Denise Handlarski lives in Toronto. She is the author of The A-Z of Intermarriage, published by New Jewish Press, and the leader of the online community Secular Synagogue.

Editor’s Note: For a response to Rabbi Denise Handlarski’s opinion piece, see “We Jews Are a People of Destiny” by Rabbi Ari Federgrun.