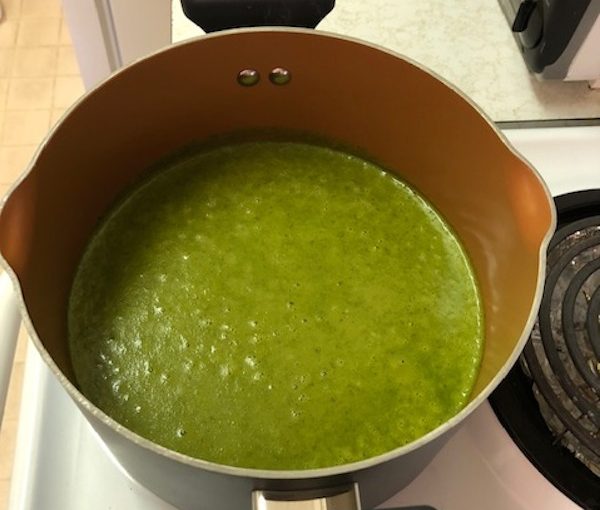 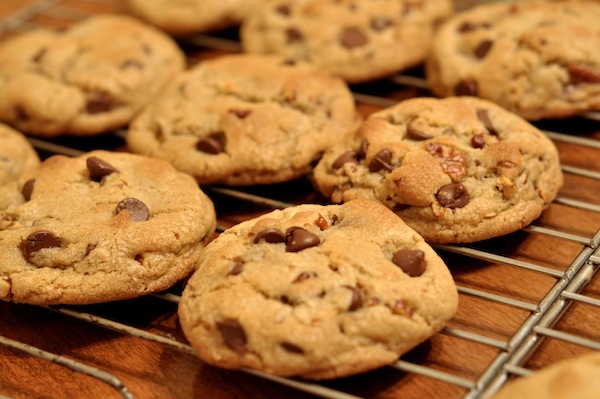 Chocolate chips were created when chocolate chip cookies were invented in 1937 – Ruth Graves Wakefield of the Toll House Inn in Whitman, Mass., added cut-up chunks of a semi-sweet Nestlé chocolate bar to a cookie recipe.

The cookies were a huge success, and Wakefield reached an agreement in 1939 with Nestlé to add her recipe to the chocolate bar’s packaging in exchange for a lifetime supply of chocolate. Initially, Nestlé included a small chopping tool with the chocolate bars. In 1941, Nestlé and at least one of its competitors started selling the chocolate in “chip” (or “morsel”) form.

Originally, chocolate chips were made of semi-sweet chocolate, but today there are many flavours of chips, including bittersweet, peanut butter, butterscotch, mint chocolate, white chocolate, dark chocolate, milk chocolate, and white and dark swirled chips.

Here are some of my favourite recipes.

ELISHEVA’S CHOCOLATE CHIP OATMEAL COOKIES
I tasted these at a Hadassah Israel meeting. They were made by one of our members and I had to have the recipe.

Purim is coming the evening of Feb. 28, and if your schedule doesn’t allow time for making hamantashen, try poppy seed cookies. The Yiddish word for poppy seed is mohn, which some say sounds like Haman. Another story says Esther kept kosher and ate as a vegetarian; her diet including seeds, nuts, legumes and poppy seeds, so many Jews serve these foods on Purim. Another tradition says Esther subsisted on poppy seeds during her three-day fast. Whatever the reason, here are a few recipes.