Brisket is the boneless meat on the lower chest of beef or veal. In traditional Jewish cooking, it is most often braised as a pot roast, especially as a holiday main course. For reasons of economics and kashrut, it was historically one of the more popular cuts of beef among Ashkenazi Jews.

Brisket is also the most popular cut for corned beef, which can be further spiced and smoked to make pastrami. In the 1900s, it appeared on Jewish deli menus, particularly in Texas, where the butchers, who emigrated from Germany and Czechoslovakia, had trouble selling the slow-cooking cut and created a way to dry smoke it and preserve it.

Brisket is one of the primal cuts of beef, though the precise definition of the cut differs internationally. The brisket muscles include the superficial and deep pectorals. As cattle do not have collarbones, these muscles support about 60% of the body weight of standing or moving cattle. This requires a significant amount of connective tissue, so the resulting meat must be cooked correctly to tenderize it.

The term brisket is derived from the Middle English brusket, which comes from the earlier Old Norse brjósk, meaning cartilage. The cut overlies the sternum, ribs and connecting cartilages.

Author and food writer Stephanie Pierson wrote an homage to this cut of beef: The Brisket Book:  Love Story with Recipes was published in 2011.

The day before serving:

The day of serving: 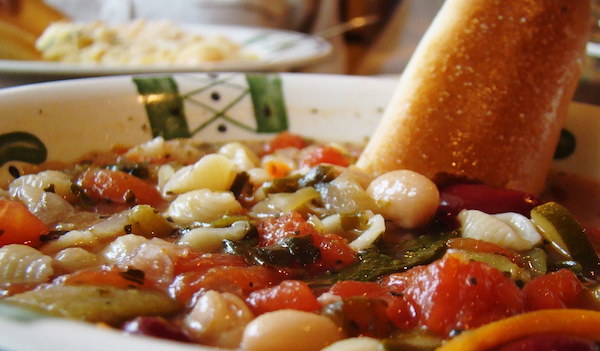 Minestrone came about as early as the second century BCE, when Rome conquered Italy and new vegetables flooded the market. It was known as an Italian peasant’s dish or poor man’s soup. Originally, it contained onion, garlic, celery, tomatoes and carrots – pasta seems to have been a later addition. 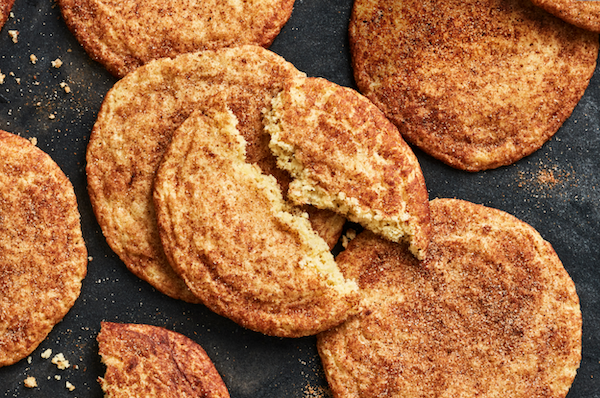 November arrives and I think pumpkin. Here in Israel, the d’la’at is amazing. Whole, they are huge in size and weight, cream in colour, with stripes all around.

Pumpkins are a variety of winter squash that belongs to the Cucurbitaceae (or cucurbits) family. Melon, watermelon and cucumber also fall into this category. Technically, pumpkins are fruit but, since they are often eaten in savoury dishes, many people refer to them as vegetables. Just about every part of the pumpkin is edible, including the seeds, their shell, leaves and flowers. Pumpkins are a superfood and are high in iron, packed with vitamins and minerals, and considered natural antioxidants.

But, enough about that and on to some recipes. Forget pie, though, and try these treats for your holiday guests.

The first dessert is pumpkin spice snickerdoodles. I was unfamiliar with snickerdoodles until coming across this recipe by Kelly Fields. Probably German in origin, the name of these sugar cookies could be a corruption of the German word schneckennudel, but notice the word schnecken, popular in Jewish cooking. American cookbook author Joan Nathan tells us: “Schnecken – the word means snail in German – are made of a rich and sweet yeast dough enriched with egg, sour cream and butter. The dough is pressed out in a large rectangle shape, sprinkled with sugar, cinnamon, raisins and ground nuts, and rolled up like a jelly roll. Cut on the cross section, the roll is sliced, baked and served open-side up in small coiled rounds.” Here is my version made pareve with slight changes.

(While I found this recipe in a newspaper some 40 years ago, it comes from the 1976 cookbook Pumpkin Happy, written by Erik Knud-Hansen and illustrated by Andrea Grumbine. It makes 6 servings.)

(This butter is great on toast with cream cheese, according to Kelsey Youngman, writing on Food & Wine’s website. This recipe makes 2 1/2 cups.)